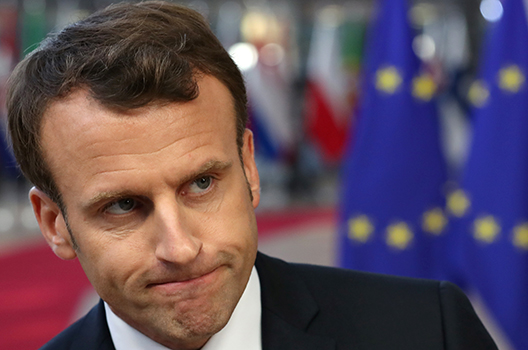 A Ballot Hijacked by Domestic Turmoil

In France, the European agenda has been overshadowed by the Gilets Jaunes protests that have gripped the nation since last November. In response to the violent protest movement, French President Emmanuel Macron has launched a “national debate,” inviting citizens to express their grievances to officials. While the debate has somewhat successfully subdued the intensity of the movement (helped by the radicalization of many Gilets Jaunes actors), French citizens are divided over Macron’s policy announcements. Add to this the flood of national emotion following the devastating fire at the Notre-Dame Cathedral in Paris on April 15. All this has created a volatile political environment, little public focus, and most parties are tempted to turn the elections into a referendum on Macron.

La République En Marche (LREM), Macron’s political movement, and the far-right Rassemblement National (RN), led by Marine Le Pen, are currently polling neck and neck with around 22 percent of support. En Marche has a slight lead in most surveys.

A victory for Le Pen would signify a clear disavowal for Macron in his first national electoral test since his surprise 2017 election, although it wouldn’t be unprecedented since the National Front (RN’s former appellation) topped the ballot in 2014, so far the only national election it has won.

En Marche, running on a clear pro-EU platform, has so far failed to jolt a moribund campaign. Its top candidate, Nathalie Loiseau, Macron’s minister for European affairs until April, has attempted to put “a protective Europe” and environmental issues at the heart of her message. But her campaign has been embroiled in gaffes and minor controversies, leading commentators to question her leadership.

It is noteworthy, however, that both leading parties can claim a clear identity on European issues. En Marche was created in 2016 on the premise that the traditional right-left divide was obsolete and pro-European reformists from the center-left and the center-right should unite their forces, while Le Pen has long been a leading Eurosceptic voice on the Continent. This divide seems to vindicate Macron’s intuition that European issues would increasingly shape the political conversation between “nationalists” and “progressives,” embodied by his willingness to take on Italian Deputy Prime Minister Matteo Salvini and Hungarian Prime Minister Viktor Orbán as his direct opponents.

Macron, however, has so far been unsuccessful at recreating his domestic coalition on a continental scale. Early ambitions to break traditional political groups at the European Parliament to build a progressive European En Marche have smashed on a static reality. En Marche will sit at the European Parliament with centrist liberals ALDE, a movement poised to gather the third-highest number of votes, hoping to play the role of kingmakers in the post-election coalition negotiations.

Behind the two front-runners, the center-right Les Républicains (LR) is polling at around 14 percent. Once one of France’s two leading parties (running the country with President Nicolas Sarkozy from 2007 to 2012), LR has lost its centrality in French politics. While it is scrambling for third place, it looks, however, set to get a higher number of seats than expected thanks to a dynamic and intelligent campaign led by thirty-three-year-old conservative philosopher François-Xavier Bellamy.

An Election That Will Determine Macron’s European Momentum

EU reform has been at the heart of Macron’s rise to power and presidency. Enthusiastic activists brandished the European flag at campaign rallies, and the newly elected president gave his victory speech with Beethoven’s 9th symphony playing in the background. In his Sorbonne speech in September 2017 and the March 2019 Renaissance letter directly addressed to the populations of the twenty-seven EU member states, Macron laid out an ambitious agenda for “European sovereignty” and a “Europe that protects its citizens.” Two years in, Macron has little to show for his proposals on integrating the Eurozone or bolstering European defense, due to a reluctant German partner, rising populism on the Continent, and a European agenda focused on Brexit.

A defeat on May 26 would further weaken Macron’s hand on the European stage. On the other hand, if En Marche ends first with a score resembling Macron’s 2017 first-round showing (24 percent), he will have reason to claim victory in a ballot that usually turns into a beating for the ruling party.

Refusing the Spitzenkandidaten formula of awarding leadership posts based on election results, Macron hopes to shape the outcome of negotiations on key jobs (Commission presidency, Council presidency, European Central Bank chairmanship). With whom? Many are betting on the EU’s chief Brexit negotiator Michel Barnier. Barnier, a French citizen, is a member of the European People’s Party (EPP) (the likely winner of the European elections) and has supported LR in the ballot. He is nonetheless known for having cordial relations with Macron who could see him as an ally at the helm of the European Commission, yet independent and respected enough to win the day among EU partners, including in Eastern European countries distraught at Paris’ confrontational tone. This could give new life to Macron’s ambitions for Europe after months of political crisis. But May 26 will be the first obstacle to overcome.

Benjamin Haddad is the director of the Future Europe Initiative at the Atlantic Council. He is the author of “Paradise Lost: Trump’s America and the End of European Illusions.” He was the Washington representative of Emmanuel Macron’s En Marche movement in 2017. Follow him on Twitter @benjaminhaddad.