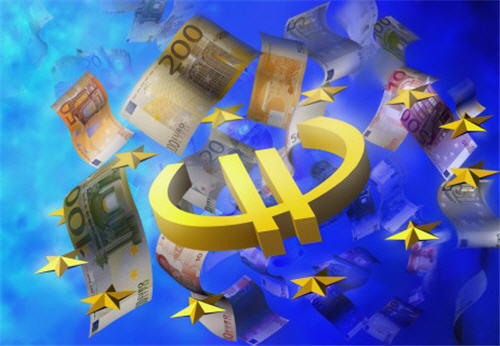 One has to love headline writers. YahooNews titles an AFP story “Euro drops against dollar after EU rejects bailout.” That got my attention, obviously, so I read further.

The euro fell sharply against the dollar on Monday after European Union leaders ruled out a regional bailout plan for Eastern Europe at a weekend summit, analysts said. The dollar also won support from sliding stock markets and downbeat eurozone manufacturing data ahead of a widely-expected interest rate cut later this week from the European Central Bank (ECB), they added.

So . . . the dollar went up by a fraction so small as to amount to a rounding error and it’s news? Complete with cause and effect?

Here, according to Exchange-Rate.org, is the fluctation in the exchange rate over the last 30 days:

So, the rate has been as low as 1.24 in the last four months and as high as 1.60 in the last year.  Surely, a fluctuation of seven thousandths of a dollar is nothing to write home about?