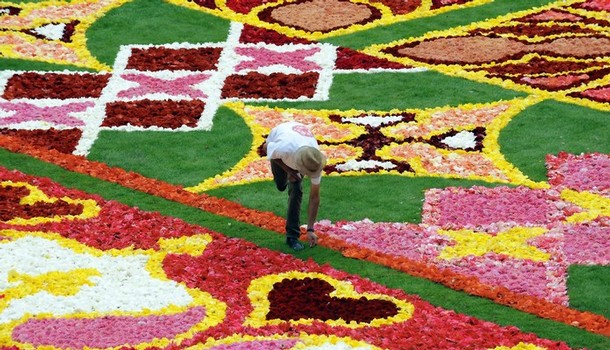 The view of a failing Europe is en vogue, and for understandable reasons. The contours of crisis are glaring: bloated budgets, aging populations, declining military capabilities, and the fracturing of political solidarity over a range of issues from Russia and energy to enlargement and Turkey. Such is the conventional wisdom about a once too-comfortable Europe, now in decline, and yet amazingly still in the midst of its sacred five-week summer holiday.

But just when Europe seemed on the brink of collapse, it is now showing signs of revival — signs Americans should applaud.

Britain, Greece, Ireland, Spain, and others are now embarking on the most ambitious set of austerity measures the European Union has ever seen — braving charges of dismantling the European social model to put state finances in order.

In the wake of U.N. and U.S. sanctions, the European Union imposed the most extensive sanctions against Iran to date — restricting banking relationships, investment in Iran’s petroleum market, and insurance of Iranian shipments, while targeting individuals and front companies tied to Iran’s nuclear program. These are serious steps taken despite Russian complaints and a hit to Europe’s bottom line — and they will give EU High Representative Catherine Ashton some leverage in future meetings with Iran’s nuclear negotiator.

Britain, France, and Spain are working closely with the United States and partners in North and West Africa to confront al Qaeda in the Islamic Maghreb (AQIM). Hyped by al Qaeda propagandists as the "bone in the throat of the French," the group continues to terrorize the trans-Sahel region and has recently attacked an Algerian military compound and killed a French hostage. The subsequent assault on an AQIM base in Niger by French and Mauritanian forces and the French declaration of "war on al Qaeda" should be music to the ears of Americans searching for capable partners willing to fight al Qaeda and its regional affiliates.

The European Parliament voted in early July to approve the U.S.-EU agreement on sharing financial data to uncover terrorist networks as part of the U.S. Treasury’s Terrorist Finance Tracking Program. This vote restored the flow of data after a five-month hiatus, putting a vital tool for disrupting terrorist plots back in the hands of U.S. and European security authorities and renewing hope that the European Union is indeed serious about the long-term efforts needed to combat terrorism.

Meanwhile, on the energy front, the European Union is financing interconnectors linking Central Europe to Germany’s and Western Europe’s gas pipeline network. Proponents of the Nabucco gas pipeline — intended to bring Azerbaijani and possibly Iraqi or Central Asian natural gas to Europe independent of Russia’s Gazprom behemoth — say they have never been so optimistic about prospects for success.

Another encouraging sign is that the upcoming Hungarian EU presidency has scheduled a spring 2011 summit meeting with its "Eastern Partnership" neighbors, renewing the EU’s engagement with states that Russia considers part of its sphere of influence.

So, is Europe making a comeback? A few months ago, friends from Europe visiting Washington were treated to raised eyebrows when they argued, "It always takes a crisis for Europe to take a step forward." Today, those statements sound more credible.

Clearly, Europe will be tested in the coming months: Will the Iran sanctions be implemented rigorously? Will the European Parliament support further counterterrorism cooperation, such as sharing passenger name records across the Atlantic? Can Europe help solve thorny issues of failing states and safe havens with real civil and military resources? Will the EU move decisively toward a common energy market and energy policy? Can it cope with ghettoized immigrant populations and the threat of growing Islamist radicalization? Can European austerity measures be sustained?

The United States, too, must do its homework. Americans must give strategic priority to building effective cooperation with allies who share their values. U.S. leaders must plan and act for the long term, not merely manage short-term crises and negotiate among the interests of great powers and rogue states. It’s time to put America’s own economic and energy policies in order.

But those of us who have expressed concern about Europe’s decline should take heart in the steps we have seen recently. America still needs a strong Europe. The North Atlantic still represents the largest two-way economic relationship on Earth. In terms of travel, trade, investment, and culture, Americans and Europeans are fundamentally interlinked. Most importantly, the United States and Europe form a single democratic community based on shared values: freedom, democracy, rule of law, human rights, and economic opportunity.

When looking at the long term, America and Europe face a signal challenge together: Will the 21st century be defined by the strengthening of democratic values, leading to greater global freedom, sustainable global growth, and economic and technological innovation? Or will it be defined by the creeping threat of political and economic authoritarianism, global resource and demographic crises, transnational terrorist and criminal networks, and a growing danger posed by nuclear proliferation?

These are tough issues for both sides of the Atlantic. But Europe’s actions in recent months give us just a little extra reason for hope.