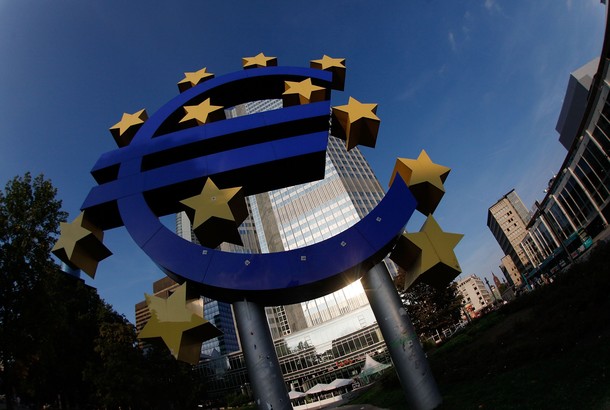 Europe’s economy needs swift and concerted attention. For months, increasing fears about the possibility of sovereign defaults have engulfed the continent and contaminated its economies. Only by addressing the fundamental design flaws within the Euro can any prospect of sustained prosperity be restored.

Thus far, efforts to address the Euro-crisis have been undertaken in a piecemeal fashion. Greece has been bailed out twice and been forced to submit to crushing levels of austerity. Individual bailouts have been secured for Ireland and Portugal. Meanwhile, heads of government have been replaced, most notably in Rome, with the clear support of Brussels. Yet none of these steps have stemmed the bleeding. Continued concerns about long term prosperity continue to plague the continent, affecting investment, consumer confidence, and employment. Across the 17-member currency bloc, joblessness stands at an average of 10.7 percent, a record high.

Current hopes rest upon the success of the recently signed fiscal compact, agreed to by all Eurozone members, as well as eight additional EU members. Yet even this agreement is unlikely to provide a full resolution of the current crisis. By requiring Eurozone members to limit budget deficits to less than 3 percent of GDP, Brussels is trusting in the power of fiscal restraint to right the European economy. Yet national deficits are a symptom of the problem, not the cause. The real curse affecting countries at risk of default is not deficits but a lack of economic competitiveness, something that will not be cured by a dose of austerity.

So if the latest agreement cannot bring an end to the crisis, what might?

Three viable options do exist to stabilize the current situation. The first would be to agree to further progress towards a fiscal union. The imbalances between the net winners of the Euro (Germany) and net losers (the ‘PIIGS’ countries) could be ironed out through the creation of a common system of federal taxation. For instance, Washington derives a disproportional amount of revenue from residents living in wealthier states such as Connecticut than it does from those living in states where GDP per capita is lower, such as West Virginia. In much the same way, a direct tax levied from Brussels could be used to find lower rates of taxation and greater public works programs in countries struggling to avoid recession. This would require the establishment of a European finance ministry and greater authority for the European Parliament to spend the money it would collect

The second option would be to press on with the process of monetary integration by endowing the European Central Bank with the power to act as a lender of last resort. Freeing the ECB to issue bonds on behalf of the Eurozone as a whole would relieve peripheral countries of the need to do so, and raise much needed funds to pay down the levels of debt they have accumulated.

The final option would be to abandon the Eurozone as presently constituted, by encouraging heavily afflicted countries to withdraw. For instance, Greece is not simply suffering from a liquidity problem but is itself insolvent. Allowing it to exit the currency bloc, reacquire its old currency, and reap the benefits of devaluation is an increasingly attractive option. Such an exit might be viable if it were accompanied by a one time covering of Greece’s debt by other Eurozone countries, something that would reassure Greece’s creditors, as well as Greek citizens worried about their children being required to repay Euro-denominated debts with a weaker currency.

Embracing any one of these options would strengthen market confidence in the long term survival of the Euro. Unfortunately, political realities stand in the way of each of them being adopted. The concept of fiscal transfers is loathed in northern Europe, especially Germany, where voters see no reason to subsidize the ‘profligacy’ of their southern neighbors. Berlin continues to exercise a de facto veto over the prospect of common European bonds, due to a deeply held fear of an expansionary monetary policy leading to runaway inflation. Likewise, Greece takes enormous pride in its continued membership of the Eurozone, and is unwilling to be forced out of the bloc. And thus, without an agreement, the situation continues to deteriorate.

Up until now, the EU has been able to afford a cautious strategy that waits for circumstances to develop. The scale of the crisis is now so large that it can delay no more. The ability to meet the current economic challenge is within the power of European leaders. Yet in order for them to embrace such a solution, time honored ideological precepts will have to be sacrificed. Only when Europe’s leaders are prepared to cross that threshold, will the current crisis abate.

Timothy Stafford is a participant in the Atlantic Council’s Young Atlanticist Program.