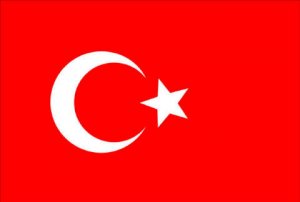 Turkey has once again been rebuffed by Europe:

The European Court of Human Rights Tuesday ruled Turkey had violated the property rights of a Greek Orthodox foundation by seizing its land and ordered the government to pay damages.

Judges said Turkey had breached the European Convention on Human Rights by barring the foundation from registering its title to a church and surrounding lands on the Aegean island of Bozcaada, a statement from the court said.

It is the latest ruling by the Strasbourg-based court against Turkey for violating the property rights of its ethnic Greek minority. The European Union, which Turkey seeks to join, has called on the government to return seized properties to minorities and expand their religious and cultural freedoms.

In September, the European Court of Human Rights ruled in a separate case that Turkey had violated the property rights of the patriarchate by seizing a 100-year-old orphanage on an island off of Istanbul and ordered its return.  It has also ruled that Turkey illegally took control of other properties in Istanbul owned by Greek foundations.

Beyond the basic facts of the case, we have yet another illustration of Turkey’s ethnic issues alienating it from the European community it so desperately wants to join.  Ahmet Turk’s arrest for speaking Kurdish on the floor of parliament last week.   Turkish PM Recep Tayyip Erdogan’s storming out of Davos and anti-Israel rant in January.  Then there is the recurring nightmare of relations with Armenia and Cyprus.

Add to these issue policy disputes, such as Turkey posing obstacle to a European energy deal, and it all adds up to a perception that Turkey is simply not a mature enough democracy to be let into the club.