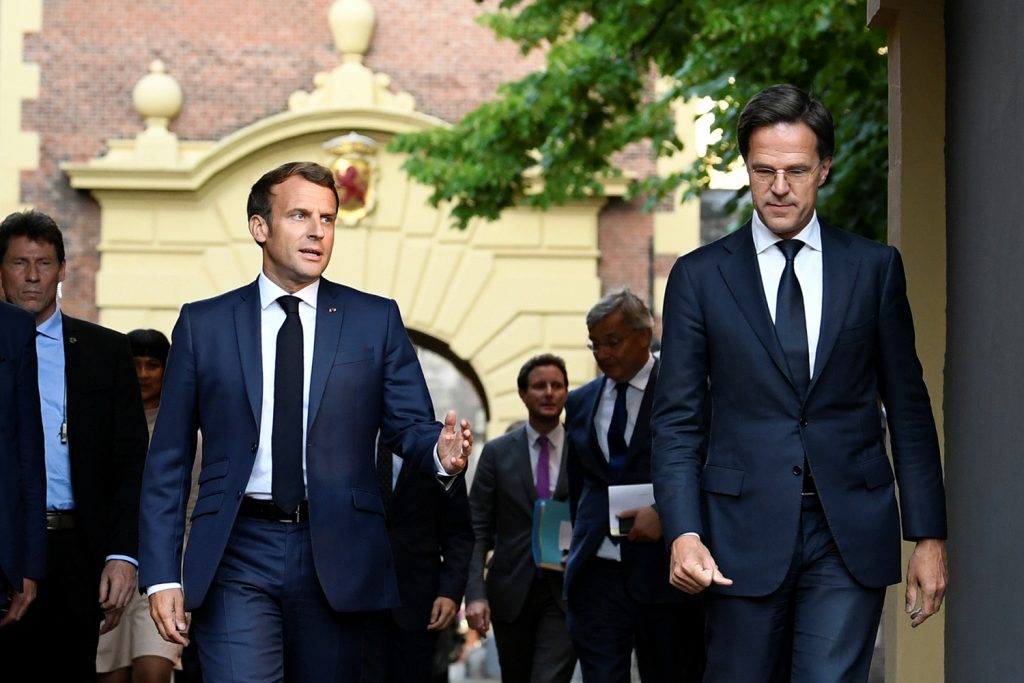 On July 17, and most likely going into the weekend, European leaders will meet at a special European Council summit to discuss a proposed €750 billion economic recovery package, and details of the EU’s next seven-year, €1.1 trillion budget. Over the past few weeks and driven in part by the determination of the incoming German EU presidency, momentum in working level negotiations has cleared the way for a breakthrough at the summit.

Agreement appears close on once-controversial aspects of the proposed recovery package, such as its size, its funding by joint debt issuance by the European Commission, and the balance between loans and grants to be given to member states. Nonetheless, there are areas of ongoing disagreement that still require a major diplomatic effort to resolve. European leaders need to act quickly to overcome these differences, as an ambitious recovery package is needed to ensure financial stability and fend off other risks.

First, there is the issue of the division of the funds among the member states. The distribution formula that was part of the initial Commission proposal has been criticized for being driven by pre-pandemic economic indicators. As a result, Belgium and other countries heavily affected by the pandemic would not sufficiently benefit from the recovery effort. Deliberations on the topic are complicated by the fact that the Commission is trying to advance several major strategic priorities with these funds, including making progress on climate transition and digitization of the economy.

The sheer size and ambition of the recovery program and its ties to many longstanding policy priorities unrelated to the pandemic creates its own complications down the road, especially given the desire to deploy funds quickly. Several member states have a mixed track record when it comes to actually spending all their allocated EU structural and cohesion funding in normal times and executing on EU-funded projects.

Second, there are the issues of conditionality for receiving support and oversight following disbursement of these loans and grants. The topic is toxic in both ‘north-south’ and ‘east-west’ intra-EU relationships. To mitigate domestic political concerns that exist in the countries that will be large net payers into the system (Netherlands, Finland, the Baltics  etc.), there will have to be some way to measure progress on for example labor market and pension reforms in France and other countries who stand to benefit most. A side-benefit of whatever oversight mechanism is agreed to at the summit will be further clarity on the level of centralization of EU budgetary decision making and over time, greater economic convergence especially among the nineteen countries that use the euro.

Questions on conditionality and oversight are even more thorny in relation to the funding for EU member states about which the EU Commission has concerns about rule of law deficiencies. Affecting mostly central European countries, these concerns range from well-documented fraudulent misallocation of prior EU subsidies to backsliding on democratic freedoms that EU citizens enjoy. The difficult combination of rewarding significant additional funding to countries like Poland and Hungary as the EU simultaneously tries to address these concerns with them will be the topic that is most likely to push the summit’s deliberations into the weekend.

The importance of a successful summit has been stressed in recent weeks by German Chancellor Angela Merkel and other EU leaders. Diplomatic efforts this week, including a preparatory meeting by the ministers of European affairs of the member states, will narrow the scope of options and outstanding problems ahead of the Council meeting. Prime Ministers Giuseppe Conte of Italy and Pedro Sánchez of Spain will also meet with Dutch Prime Minister Mark Rutte ahead of the summit, in meetings that may build some compromise on oversight and conditionality.

Failure to reach an agreement or at least make sufficient progress to ensure funds start being made available early next year sharply raises the risk of yield pressure and other capital market disruptions.  With the specter of a potential second wave of infections in the autumn now that selected European tourism markets have reopened, and more negative economic data anticipated for the coming months, Europe could need even more costly interventions later this year.

A summit agreement resulting in a strengthened internal market and enhanced role of the euro, backed by joint issuance of a euro-denominated safe asset, is critically important and in the collective interest of the Union as well as the individual economic interest of each member state.

Berlin takes over the EU presidency: Lower your expectations