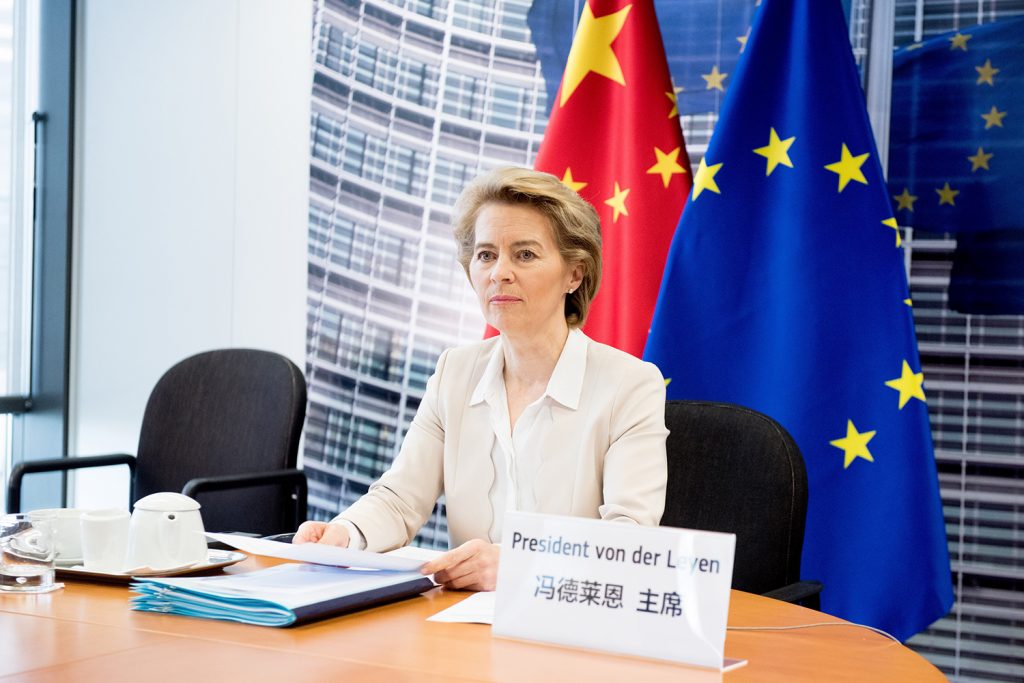 When European leaders recently trumpeted an agreement that they would put the “utmost importance [on increasing] the strategic autonomy of the [European] Union and produce essential goods in Europe,” many could be forgiven for writing it off as merely bureaucratic platitudes. But this statement is more than meets the eye and managers of global corporations should pay close attention. Eventual EU efforts to redirect supply chains can ­­affect many business sectors, even those unrelated to traditional security affairs. The geographical location of EU zones of influence may dictate where future supply chains to Europe will run. “Strategic autonomy” is now as important economically as it is politically or militarily.

Historically, Europe’s trade policy served both Europe’s commercial and political interests. While strategic autonomy is emerging as a guiding principle for Europe’s international leadership, it remains relatively unclear what it actually means for Europe’s trade policy. The way Europe trades internationally affects the future of global capitalism as well as the geopolitical landscape. Therefore, if the EU is serious about “strategic autonomy” and “economic sovereignty,” Brussels should establish a clear and coherent understanding of what these concepts mean.

The EU and its institutional predecessors used to approach trade policy strategically. In the post-war reconstruction era, the European Common Market was created to achieve political stability through economic interdependence. External tariffs were deemed necessary to ensure the post-war resurgence of Europe’s economy as well as the objective of European economic integration—the internally free common market.

Albeit sometimes grudgingly, the United States accepted European tariffs, since the European economic bloc was central to the US Cold War strategy of containment. In other words, the European common market, even when off-limits to US exporters, served American geopolitical interests.

After the demise of the Soviet Union in 1991, the United States and Europe together pursued the objective of global economic interdependence. The European internal market opened up to many more imports from developing countries. In some regards, it was an effort to copy the political success of European economic integration on a worldwide scale. If all countries of the world were to become part of a single, integrated market, there would be no more separated markets to fight each other. By integrating Europe’s post-communist economies and Asian communist economies, former political adversaries would become partners, perhaps even democracies. Global economic interdependence can thus be seen as the Western post-Cold War grand strategy; Europe’s trade policy was a key instrument to achieve that global interdependence.

The EU designation of China as a “systemic rival” as well as the United States’ view of China as a “strategic competitor” signal the demise of global economic interdependence as a key strategic approach. In fact, a more fragmented economic landscape may result from the US-Chinese trade wars and the debate about decoupling. Considerations about economic security and “great power competition” have a strong influence on the contemporary US approach to trade. A similarly coherent European geopolitical perspective is still in evolution, but there is a consensus that the EU should become “strategically autonomous.”

EU foreign direct investment (FDI) screening and INSTEX are early indications of how the European quest for—economic—”strategic autonomy” may concretely play out. Since 2017, the EU has been rolling out measures to screen and control foreign investment, a policy spurred by concerns about Chinese investments in European infrastructure and high-tech. The reach of the EU’s FDI screening mechanism nonetheless remains modest compared to the  Committee on Foreign Investments in the United States (CFIUS). Furthermore, following the imposition of unilateral US sanctions on Iran in 2018, several European countries set up INSTEX to work around the US dollar and US secondary sanctions.

However, the current coronavirus crisis truly spurred Europe’s thinking about economic strategic autonomy. French President Emmanuel Macron insists that “we must rebuild our French agricultural, sanitary, industrial, and technological independence and more European strategic autonomy.” EU’s Trade Commissioner Phil Hogan underscores the need for strategic autonomy, pointing out that “we need to look at how to build resilient supply chains, based on diversification.” And Dutch Foreign Trade Minister Sigrid Kaag wondered out loud “how can you mitigate the overdependence on countries such as China or India when it comes to essential goods?”

In reaction to emerging geopolitical challenges Europe’s trade policy has entered a new phase. During the Cold War, Europe was mainly focused upon constructing its own market behind tariff walls. During the post-Cold War era, the EU sought global economic interdependence led by multilateral institutions. Now international uncertainties are increasing, the EU seems to turn to economic “strategic autonomy.” It remains to be seen how that will play out, both for the EU as well as for the global economy. The EU should define a coherent set of strategic principles that will guide both its security policy and its trade policy, which will increasingly overlap.

Image: The President of the European Commission, Ursula von der Leyen, attends the 22nd meeting by videoconference of leaders of China and the European Union (EU) in Brussels, Belgium, on June 22, 2020. (Latin America News Agency via REUTERS)