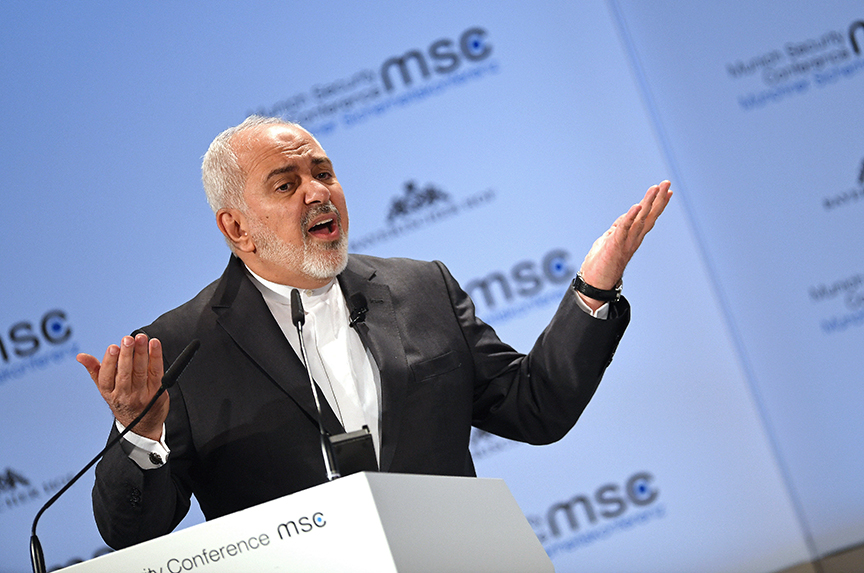 Berlin — Europe will provide Iran with concrete economic and political support over the next two months in an effort to keep Iran compliant with the 2015 nuclear agreement.

Europeans will also try to stave off the threat of war in or around the Persian Gulf and are rejecting US claims of an enhanced threat from Iran or Iran-backed forces in the region.

These are the main points derived from my meetings this week with European officials who focus on the issue of Iran and Middle Eastern stability more broadly.

Unlike 2003, when Britain, Spain and some Central European countries joined a “coalition of the willing” against Iraq, the twenty-eight members of the European Union (EU) are united in support of an Iran policy that opposes a military confrontation and prioritizes the continued existence of the nuclear deal, formally known as the Joint Comprehensive Plan of Action (JCPOA).

More than a decade ago, the E-3—Britain, France, and Germany—began the talks with Iran that led to the JCPOA. The EU’s high representative for foreign policy was the coordinator of subsequent negotiations that brought in the United States, Russia, and China. Europeans see themselves as the guardians of the JCPOA and the agreement as the crown jewel of Europe’s common foreign and security policy. A collapse of the deal could unleash proliferation across the Persian Gulf and lead to a conflict that would threaten Europe with even more refugees from the Middle East.

Initially, Europeans sought to convince US President Donald J. Trump to stay in the agreement, which Trump harshly criticized during his election campaign. The E-3 entered talks with the State Department about side understandings regarding issues not covered by the deal, such as Iran’s ballistic missile program. But the US decision to quit the JCPOA a year ago and escalating sanctions culminating with a complete embargo on Iran’s oil exports have pushed the Europeans into a more confrontational stance with Washington.

US Secretary of State Mike Pompeo received a frosty reception in Brussels on May 13 when he crashed a meeting of EU foreign ministers to present what the Trump administration claims is intelligence about rising Iranian threats. The United States has also faced pushback from European military officials on these claims even in the aftermath of the sabotage of several tankers in the Persian Gulf and attacks on Saudi pumping installations.

British Maj. Gen. Chris Ghika, deputy commander of the anti-ISIS coalition, went so far as to tell reporters, “There’s been no increased threat from Iranian-backed forces in Iraq and Syria” to US and other troops in the region, directly contradicting statements from the Trump administration, which has withdrawn non-essential personnel from the US Embassy in Baghdad.

Any US attack on Iran would be particularly difficult for Iraq, possibly leading to the expulsion of the 5,000 US troops in the country. That would undermine the anti-ISIS operation and increase Iranian influence in Iraq, where Iran has close ties with a number of Shi’ite Muslim paramilitary groups.

A US-Iran confrontation could also undermine peace efforts underway in Yemen and Afghanistan. Iran has encouraged Houthi rebels to withdraw from the port of Hodeida and has influence among some Taliban factions as well as the Afghan government.

A conflict could also spread to Israel and Lebanon, where Iran’s main regional partner, Hezbollah, has a massive arsenal of Iran-supplied rockets and artillery.

Beyond seeking to prevent the outbreak of new hostilities in the Middle East, the Europeans are moving forward on the activation of a new financial mechanism to allow trade between European companies and Iran. This mechanism, dubbed INSTEX, has taken several months to create, to the frustration of the Iranian government. But Europeans expect to complete the first transactions within the next sixty days.

Initially, the mechanism will be used only for trade in food and medicine, which is not sanctioned by the US government, and the size of the transactions is likely to be quite small. INSTEX could expand, however, to take in non-European countries and other areas of trade, threatening the power of US secondary sanctions as a tool of exerting pressure on adversaries.

The Europeans are also planning to increase political support for the JCPOA, perhaps by organizing a high-level meeting with Iranian officials within the next two months.

Whether these steps will be sufficient to keep Iran compliant remains to be seen.

In reaction to the US oil embargo, Iranian President Hassan Rouhani warned that Iran would no longer observe limits on allowed quantities of low-enriched uranium and heavy water. More ominously, Rouhani suggested that Iran might start producing uranium enriched to levels higher than 3.67 percent of the isotope U-235. This could put Iran on a path to creating weapons-grade uranium, which must be enriched to more than 80 percent. Such steps would shred the JCPOA and feed war fever in Washington.

While Europe strategizes about how to salvage the nuclear deal, Russia and China are also expected to play a role. China, which is embroiled in contentious trade talks with the United States, had paused in its purchases of Iranian oil but has now taken delivery of a tanker carrying 130,000 tons of Iranian fuel oil that had been sitting off the coast of China since late March. As the world’s second-largest economy and Iran’s largest trading partner, China is uniquely equipped to continue trade with Iran that bypasses the US financial system.

Supporters of the JCPOA have also been urging Iran to stay compliant in light of the upcoming presidential elections in the United States. Democratic presidential candidates have said they would return to the deal if Iran continues to keep its commitments.

Proponents of the agreement on both sides of the Atlantic warn Iran not to fall into a trap set by Iran hawks in the Trump administration.  But the Iranians who negotiated the JCPOA have been seriously weakened by the US withdrawal and sanctions. How much longer they can convince Iran’s supreme leader to hold on remains to be seen.

Barbara Slavin is the director of the Atlantic Council’s Future of Iran Initiative. Follow her on Twitter @barbaraslavin1.