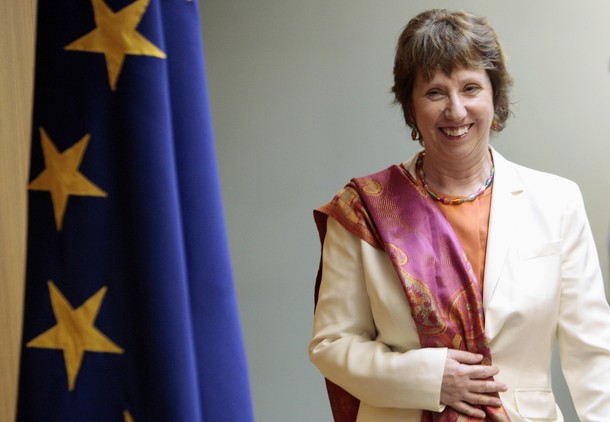 I am a Euro-realist, neither a Euro-sceptic, nor a Euro-fanatic. My motivation is to drive through the fathoms of political fantasy and folly pouring forth from the current crisis, much of its cascading down from on high as a generation of failed political leaders try to hide behind a rhetorical deluge.

In December 2003 Robert Cooper formerly of the parish of Whitehall but for a long-time now a senior Brussels apparatchik produced a typically elegant and erudite European Security Strategy or ESS. The aim was to give some common strategic direction to Europeans and their role in the world and inject some energy into the EU’s Common Foreign and Security Policy, or CFSP, in the citizen-busting jargon of the Euro-Aristocracy. In spite (indeed because of) my concerns about the EU’s direction of travel I now believe that a new European Security Strategy should be drafted. Why?

First, the ESS focused on what Europeans could do more effectively together, as such it went back to the principles of Europe’s founding fathers – the EU should only act where unity of state effort and purpose would make the sum greater than the parts.

Second, whilst much of the ESS, and its 2008 follow-on the catchily-named Report on the Implementation of the European Security Strategy, remains as relevant today as 2003 it is politically tired. The simple fact is that the past decade has crammed in a whole life-time of politics and even though implementation of the ESS has by and large ranged from the disappointing to the dire something is needed to remind Europeans that their Euro-world is not the only world on this planet.

Third, because the ESS is not the Euro. Indeed, even if further European integration, driven as it is by the saving of a failed currency rather than loftier, more constructive goals, will sooner rather than later drive Britain out, it is vital that ALL Europeans together take another look at the world beyond their borders.

Fourth, precisely because Britain is likely to remain over the medium-term Europe’s strongest hard security actor it is vital that a) Europeans consider a future EU security architecture in which Britain could be a partner rather than a member; b) demonstrate to Europeans and others that EU-life is not simply about the Euro and that there is an issue where ALL European member-states can work constructively together; and c) demonstrate that Britain’s commitment to a stable and secure Europe will remain absolute both through NATO and the EU. One of the great and many failings of the current age is that so much of the good work done by the EU, often led by its three major actors Britain, France and Germany, has been lost in the Euro-scream.

Fifth, not only has there been a revolution in strategic affairs since 2003, there is likely to be a further revolution in strategic affairs by 2023. That revolution needs to be examined, assessed and responses and ideas considered in a systematic and methodological manner. Europeans will need to be proactive not just reactive. What is clear is that whatever the institutional arrangements within Europe, who is in and who is out, such is the world in which European states reside that they are going to have to work together intensively to influence the big, dangerous events coming their way. Europeans thinking big about big things is a prerequisite for a European Security Strategy, be it formal or informal.

Sixth, for all its myriad failings and its tendency to be more reflective of crisis management within the EU rather than beyond, both the Common Foreign and Security Policy and its offspring the Common Security and Defence Policy need to be modernised. Mired both geographically and functionally in complexity Europeans together face risks and threats both near and far ranging from social collapse to catastrophic terrorism on to hyper-competition through to state conflict Europe’s political leaders will need four quintessential commodities; forewarning, capabilities, credibility, but above all options.

The simple strategic truth of this age is that the flag one puts atop an engagement, be it political and/or military, is as important as the force one sends. The very fact that the West retains the option to engage and intervene under a political identity that is NEITHER NATO NOR the US is hugely important.
It will be messy and difficult but ten years on from Robert Cooper’s triumph of Euro-pragmatism it is time Europeans re-drafted the European Security Strategy. It may after all finally start Europeans thinking about the real question that now confronts them; how much are they going to have to pay for their own security, given that the Americans are about to pay far less?

Time for a dose of Euro-realism because only such realism is likely finally to get to Europeans to get serious about security.