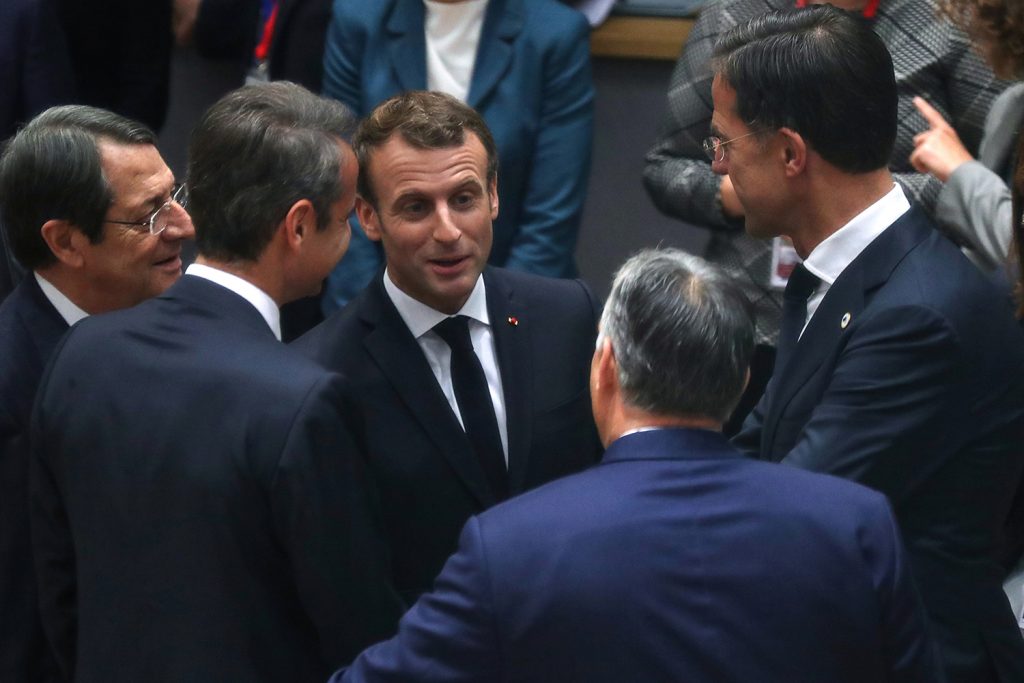 A month removed from its decision to block the opening of accession negotiations with Albania and North Macedonia, France has put forth a new plan to radically overhaul the EU’s enlargement mechanism. French officials hope the proposal can open the door to a real debate over how the European Union adds new members, while also limiting the political blowback for the Western Balkan countries who have seen their EU dreams once again delayed.

At an EU summit in October, French President Emmanuel Macron prevented EU leaders from formally opening accession negotiations with North Macedonia and Albania over concerns that the process for becoming an EU member was in need of fundamental reform. The failure to open negotiations with the two Western Balkans countries was heavily criticized, especially after North Macedonia agreed to a name change as part of a deal with Greece in 2018, done in part to open its path to the EU. Albania has been a formal EU membership candidate since June 2014, while North Macedonia has been waiting to start accession negotiations since 2005.

The French plan for enlargement reform, outlined in a three page “nonpaper” circulated with other EU member states on November 17, would see a new seven stage process for accession negotiations, which would “form coherent policy blocks,” rather than negotiating the thirty-five chapters of EU treaties, rules, and laws—the acquis—all together. Crucially, France’s plan allows the EU to “reverse” the process should the candidate country not make substantive progress or implement policies that backtrack on European norms. Currently, EU countries only vote on accession twice, once to begin negotiations and once to formalize the final agreement. The plan also suggests that candidate countries could begin to receive greater funding from the EU as they progress through the accession progress.

In its nonpaper, France stressed its “unequivocal support” for the EU membership drives of Albania and North Macedonia, as well as their neighbors in Bosnia and Herzegovina, Kosovo, Montenegro, and Serbia. But Paris argued that “the profound political, economic, and social transformations required for a future accession to the European Union continue to be too slow and the concrete benefits for citizens in candidate countries remain insufficient,” requiring “a renewed approach to the accession process.”

The New Atlanticist asked experts about France’s new enlargement proposals and what impact they may have on enlargement reform and the quest for accession in the Western Balkans:

“The French nonpaper opens with the most crucial affirmation: “unequivocal support to the European perspective of the Western Balkan countries.” This should assuage the fears of observers who thought the door was durably closed. But the political message is clear. Paris wants to force a conversation on a process whose efficiency in promoting stability and the rule of law has been questioned by many but never addressed seriously.

“The method chosen by Paris is the result of two and a half years of frustration after many proposals on eurozone reform, defense integration, and strengthening democracy have been left unanswered and ignored. Enlargement must continue but the EU needs to be ready to integrate new members, as it deals with its own institutional challenges.

“Proposals are on the table: it’s now up to other member states to examine and discuss to get to a yes in Spring. North Macedonia’s courageous steps should be encouraged and rewarded by a path to integrate Euro-Atlantic institutions.

“This paper introduces a few useful changes: a stricter focus on conditionality and the rule of law, the possibility of reversal in case of non-application, a gradual adoption of policy blocs with an audit of implementation. Most innovative is the idea to expand the distribution of EU structural funds to candidate countries. This could allow greater economic convergence before accession, and stronger support for economic development during the process.

“Finally, enlargement is key but can’t substitute for foreign policy in the meantime. European leaders need to be more assertive in their own neighborhood, especially as Russia and China step in. This means getting involved in conflict resolution (starting with Kosovo-Serbia), and developing other tools to project power and influence. A long-term promise can’t make up for immediate action.”

“While the French proposal has some merit—particularly front-loading the rule of law and financial incentives—it has been rejected out of hand in many quarters due to still-simmering anger over President Emmanuel Macron’s veto of accession talks for North Macedonia and Albania. Macron’s unilateral approach would have won him enemies in the region and within the EU, where there is little appetite for wholesale enlargement reform, in any case. But his failure to recognize the symbolism of denying North Macedonia progress on its EU path following the historic Prespa Agreement, and his subsequent comments likening Bosnia-Herzegovina to a “ticking time-bomb,” left the region reeling, then fuming.

“Now the EU faces the difficult task of rebuilding its shattered credibility in the region and reinstating a plausible European path for aspirants. That changes to that path are needed is apparent, but Macron’s approach has threatened the future of the European project and cost him support for his preferred reforms in Brussels and many member states.”

“The French government’s nonpaper on European enlargement is an important document that should be read carefully by all Europeans, as well as by American transatlanticists. And it should be considered in light of what it actually is: a first attempt at serious root-and-branch reform of the entire European project.

“In short, this document should not be seen as an opening bid for an isolated Elysee to ‘save face’ after President Macron stood alone in blocking the opening of accession talks with North Macedonia and Albania. It fits in as part of Macron’s own attempt to formulate a vision for a sustainable European project in the shadow of Brexit and the reality of great power competition in the world.

“In that context, it’s wise to note that the enlargement process is being reformulated as a series of increasingly close association agreements of the European periphery with a stable core. The process itself envisaged to be ‘more gradual’—read: much longer—and ‘reversible’—read: quite possibly permanent.

“Macron said in his speech defending his decision to block the opening of accession, “I do not consider that the only relationship we must have with our neighborhood is a relationship of expansion or expansion.” This wasn’t positioning for a compromise solution, it was stating a principle.”

“Amongst Macron’s goals is strengthening the EU’s hand in dealing with its periphery. He is concerned about the erosion of the rule of law in Hungary and Poland and sees enlargement as a culprit.

“Making it more difficult for the Western Balkans to join the Union is, in his view, geared towards avoiding (what he sees as) the mistakes of the 1990s and the 2000s. His analysis is not off the mark.

“Countries like Serbia and Montenegro, already negotiating their membership in the EU, are not exactly paragons of democracy and the rule of law. Serbia has been adhering closely to Hungarian Prime Minister Viktor Orbán’s playbook, which is not an altogether novel development given the legacy of Slobodan Milosevic’s regime.

“Toughening EU conditionality, such as through the principle of “reversibility” advocated by the French nonpaper, is therefore a welcome development. However, by itself, it won’t do the trick to nudge Serbia towards democracy worthy of its name. At the end of the day, gains in the area of rule of law and accountability could be made only through the domestic political route. It will be voters in these candidate countries, rather than France, Germany, or the European Commission who decide. The French strategy might deliver short-term benefits but the jury is out concerning its long-term chance to succeed.”

“It could just work. It is a fine balancing act between raising the bar—to ensure that future member states have converged enough to avoid unbalancing the EU—and preserving willingness to reform as well as political support in candidate countries through tangible benefits felt by citizens.

“However, some questions remain. How does reversibility work? Brexit has shown, to a different extent, the difficulties of disentangling from EU policies. Is there a risk that countries could remain locked in a semi-access, second tier status? How long will it take to devise such a new scheme?

“More importantly, this only covers half of the enlargement debate. The concerns about the workability of an ever-larger Union have not be assuaged. Alongside reforming the accession process, member states should also start thinking hard about EU governance.”

The two Western Balkans neighbors’ reconciliation can be a “blueprint for the Balkans — the powder keg of Europe in the past — to help resolve the other very difficult disputes that still exist,” Giorgos Katrougalos says.