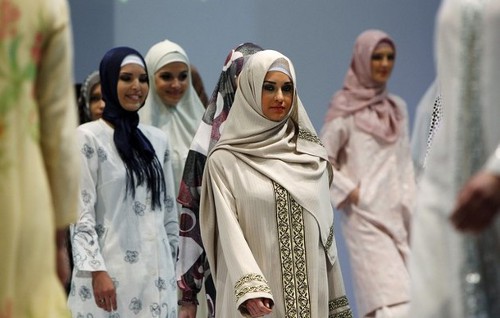 The modern Turkish Republic was founded as a secular democracy. As we are approaching the centennial of the founding of the Republic we can see how far we’ve come and how far we have yet to go.

We still face significant issues regarding human rights, particularly in relation to minorities and women. Turkey still struggles with defining what a “minority” is, and falls short in offering equal rights and opportunities to individuals who are not part of the mainstream but are no less deserving of respect—particularly its Kurdish, Armenian, and lesbian, gay, bisexual and transgender communities.

Even for “mainstream” Turks, vital rights like freedom of expression, media and religion are withheld from individuals in the slippery interests of concepts like “insulting Turkishness.” And although women are not absent from the top ranks of Turkish businesses, schools, and government, Turkey still suffers from a widening gender gap. The female participation rate in the work force is actually lower than it was twenty years ago, despite the fact that more women are going to school.

The long arc of our Republic’s history has tended not toward being a “European” country merely in name, but toward being a democratic country in form and spirit. As we know, gender equality, the driving force behind development, is one of the main missions of Europe. Although Turkey’s legal code is now largely in accordance with the EU acquis communitaire, unfortunately, the influence of more traditional cultures, particularly along ethnic and religious lines, is a large obstacle to women’s empowerment in general.

Ultimately, to unleash Turkey’s true potential, we must aggressively pursue gender equity in all aspects of Turkish society. Doing this requires a comprehensive strategy that includes strengthening women’s education and employment rights and performance, removing discrimination in society through culturally sensitive initiatives, incubating gender equality by developing visible role models and adapting actions to closely monitored and measured progress. Success stories in achieving gender equality around the world point to promising models that can be employed immediately. Empowering women is the best way to enable development.

To understand the challenges facing women in Turkey, an examination of the gender gap in education and employment is an essential starting point. Despite vast improvements, Turkey still suffers from a large gender gap in education. Although the adult female literacy rate has risen from 66 percent to 80 percent in the last twenty years, adult male literacy is still 16 points higher. The gender gap is 4 percentage points for primary school enrollment rates, and twice that for secondary school enrollment. And the gap widens in rural areas where traditional gender discrimination is at its strongest. Furthermore, although 45 percent of university degrees were awarded to women in 2005, this number is projected to drop to 37 percent by 2025.

When inequality starts with education it continues for a lifetime, as exemplified by Turkey’s gender gap in employment. Over the last two decades, the rate has dropped from 34 percent to 26.4 percent, which is much less than the OECD average of 43.6 percent. Turkey ranks last in the OECD, trailing Mexico whose rate is 37.6 percent. It also trails the Middle Eastern and North African average of 32 percent.

Detrimentally, like education and employment, women’s entrepreneurship lags in Turkey. Women entrepreneurs in Turkey share many of the same motivations as their counterparts elsewhere: to create solutions to problems in their markets, societies and lives. They aspire to exploit innovative ideas, to get out of “no point” jobs, to become independent or self-employed, to work flexible hours, to increase their mobility and to leverage their skills.

However, Turkish women are more likely than their foreign counterparts to pursue entrepreneurship out of boredom or, more importantly, economic necessity. In one study, one in six said entrepreneurship was a means to escape the boredom of being housewives. And the Global Entrepreneurship Monitor found that one third of female entrepreneurs in Turkey are motivated by necessity (rather than opportunity), a rate far higher than every other country studied except Serbia.

Various factors in Turkey impede women’s entrepreneurship (and women’s employment in general), including a lack of adequate political representation, a lack of adequate access to markets and marketing, to credit and financing and control of resources and property, discrimination in recruiting and in the workplace, insufficient social services like childcare, and the ill-preparation of girls entering the workforce as a result of the education gap. But the last reason may be the most elusive: the failure to cultivate a spirit of equal rights among women. Cultivating a “spirit” is truly a cultural question.

Unfortunately, Turkey has no overarching strategy for developing female empowerment. However, from this brief discussion we can see what might be good pillars for such a strategy. In order to strengthen women’s education and employment rights and performance, we should invest in a broad range of women’s education, training, and social services.

In order to remove discrimination in society through culturally sensitive initiatives we should continuously investigate issues in women’s empowerment, including the interplay of culture, religion, and ethnicity. Furthermore, major stakeholders, such as family men, business associations, unions, political parties, and universities, must be included as a part of the solution. Finally, interventions are needed to fight negative discrimination and employ positive discrimination by enacting and enforcing appropriate laws.

Achieving gender equality, given all the challenges facing women, is no easy task.  But by developing a visible, comprehensive, culturally sensitive, locally executed, and adaptable strategy that supports women at all stages of the lifecycle we can achieve a goal far loftier than equal pay for equal work: we can enable women to empower themselves.

Achieving understanding and cooperation is no easy task as it requires a set of common, consistently applied liberal democratic principles that transcend the boundaries that threaten to divide us – general, geographic, cultural, economic, educational, linguistic and sectarian.

It also requires not merely tolerating differences between people and peoples, but respecting and appreciating those differences. And finally, it requires committed domestic and international initiatives.

At home, Turkey needs to work much harder to unify its people, not around an ethno-religious notion of “Turkishness,” but around the values, rights, responsibilities and privileges of being a citizen of Turkey.

Abroad, Turkey must work harder to drive common understandings and to support common principles and values, particularly with the West, rather than simply boasting of stronger ties with the Middle East.

In the end, how we achieve gender equity, one of the basic tenets of unity within diversity, is much less about passing the necessary laws in compliance with EU acquis than it is about transforming society.

Turkey will not only develop greatly, but will also be a strong force for development elsewhere, if it can achieve gender equity around these shared values. In so doing, we can hope for a Turkey that is democratic, secular, strong, peaceful and creative and that works toward harmony and peace in the international arena.