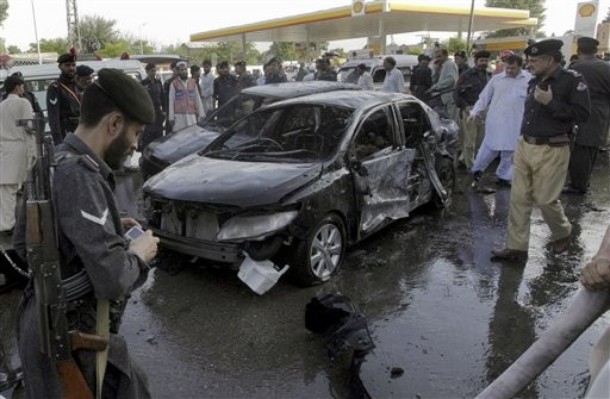 On January 24th the U.N. Security Council – with backing from the Obama administration – decided to remove five former high-ranking Taliban leaders from its global terrorist blacklist.

The move was controversial for a reason: it was the first time sanctions had ever been lifted for Taliban members and signaled that the international community was taking steps toward direct negotiations with the group ahead of the upcoming London peace conference.

The decision, as well as the conference itself, was meant to jumpstart a new policy to convince moderate Taliban members to renounce violence in exchange for financial incentives and eventual reintegration into the Afghan government. In other words, the prospect of reconciliation between the war-torn elements of Afghan society and a departure from the international policies accustomed to simply killing off the opposition.

Just two weeks later, barely enough time for the message to take root, Pakistani intelligence forces (ISI) miraculously captured the top Taliban commander Mullah Baradar. In the days to follow, the ISI detained 22 other leaders. The arrests sent a message that cooperation with the United States would result in punishment and naturally curtailed any momentum toward fruitful negotiations within an already skeptical Taliban hierarchy.

Today, seven months later, Pakistan officials have admitted that spoiling the peace process, or at least hijacking its tempo in order to maintain control of events, was exactly their intent.

The resulting irony is that American security interests in the region – despite the billions of tax dollars already spent and the thousands of lives already lost – are being sabotaged by agencies (ISI) that the United States itself funds. Such twisted logic is like buying the bullet used to shoot oneself in the foot.

The fresh revelation that our government has been outmaneuvered serves as a healthy warning in light of President Obama’s recent decision to restart direct Israeli-Palestinian negotiations next week.

Needless to say, the Arab-Israeli conflict remains rife with spoilers on all sides, each one desperate to see its interest prevail over the common good. Past attempts to derail a final solution have ranged from the oft-repeated Hamas-fired rocket attacks to the outright Jewish assassination of Israeli Prime Minister Rabin.

Just as damaging to the progress toward peace are shortsighted measures of bad faith  – like the announcement of new settlements in disputed territories – meant to distract from the mostly agreed-upon final status of a two-state solution.  Over the last sixty years, politicians have already defined what peace will resemble: two states with agreed-upon borders, Jerusalem as a shared capital, the renunciation of violence as a political tool and some sort of refugee resettlement.  What is missing is the courage from our elected officials – from all participating countries – to make the tough land-for-peace tradeoffs necessary to arrive at a final agreement.

As Gen. David Petraeus boldly testified before Congress, the continuing conflict is a key driver of instability and anti-Americanism in the broader Middle East, and as such, directly impacts matters of U.S. national security.

Heading into negotiations, the Obama team should make its positions forthright and not be tricked into changing its course, as occurred with the Baradar capture.

The administration, let alone the American people, cannot afford to continue to send billions in aid to any government that would deliberately manipulate its support and endanger its security.

Andrew Kessinger interned with the New Atlanticist during the Summer 2009 semester. He is a recent graduate of Columbia University’s School of International and Public Affairs (SIPA). Photo credit: AP.