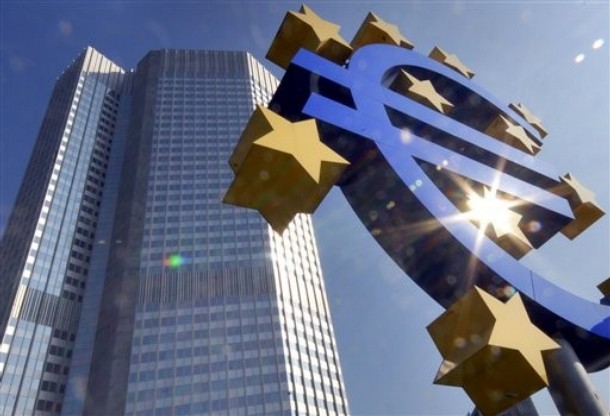 The deepening and spread of the U.S. financial crisis and the government’s late move to step in to offer regulatory oversight and bailouts might reasonably have been expected to generate a round of “I told you so’s” from Europe.

After all, crises in the American economy have enormous ripple effects around the world, the Bush administration is far from popular, and the Europeans have chided America’s laissez faire approach for years.  Yet, those who have read the major European papers available in English over the last week found most reporting on the subject pointing the fingers at domestic leaders.

The venerable Financial Times seemed more interested in the Russian collapse than the comparatively modest crisis in America.  The reporting on the U.S. government’s rescue efforts has been glowing and one piece insisted that, in the case of UBS, “Just because two big investment banks have flipped in the US, it does not necessarily mean that a European one is about to bite the dust. European politicians and policymakers have been at pains in the past 24 hours to stress the relative resilience of the continental financial system in the face of the snowballing crisis across the Atlantic.”  Paul Betts, in a piece called “Case grows for a European financial regulator,” was also quite measured.

It has become clear that even in continental Europe, where the collateral damage has so far been much less severe than in the US or the UK, the rules of how the financial market works have to change.

[French economy minister Christine] Lagarde admitted as much on Wednesday. She said that the role of financial supervision must also evolve. Again, fine words will not be enough. As one leading Parisian investment banker argues, now more than ever the politicians need to bury their national interests and agree to harmonisation of financial rules and regulations. This implies the creation of a powerful European financial watchdog. In turn, this could stimulate the Americans to drop their opposition to the development of a truly global regulatory system to police truly global financial markets.

Most of the paper’s editorials were at the level of economic theory rather than political blame.  For example, “Central banks: a survival guide” informed readers that, “Central banks must lend freely against collateral of even borderline value. If the private sector will only lend to the government, the government must finance the private sector. It is as simple as that.”  Charles Goodhart insisted that this is “Not the time to worry about moral hazard” and focused mostly on the woes of UK firms HBOS and Northern Rock.  Philip Stephens explains “Why global capitalism needs global rules.”  Raghuram Rajan insisted that “Desperate times need the right measures” and that a Resolution Trust Corporation model would not suffice in this situation, so government must force firms to have larger capital reserves.

The FT also remains forward looking, such as with Betts’ story extolling “an innovative banking alliance between one of the new financial powerhouses of China and one of old Europe’s most aristocratic and private banking houses.”

Similarly, The Economist treats the stock market and financial sector woes in various countries as largely unique situations.  Even “Wall Street’s bad dream,” a nine-page report on “how the global financial system has fallen into a grip of panic,” spreads the blame widely.  They note, too, “A recent IMF study argued that the pain of deleveraging will be felt more keenly in Anglo-Saxon markets, because highly leveraged investment banks exacerbate credit bubbles, and are then forced to cut their borrowing more sharply in a downturn.”

Of course, you may be saying to yourself, those are business oriented publications aimed at a sophisticated, specialized audience.  What about press aimed at a mass audience?

Der Spiegel‘s Jason Bush, in the feature “Behind the Russian Stock Market Meltdown,” goes out of his way to paint it primarily as a Russia-specific problem noting, “Compared with the gyrations in Moscow, the 5 percent declines in other global markets look pretty mild. What’s more, the collapse in Russia is not simply a knee-jerk response to bad news elsewhere. Well before this week’s chaos on Wall Street, the Russian stock market was imploding. Since the beginning of July, the RTS has lost 64 percent of its value, equivalent to some three-quarters of a trillion dollars.”   His colleague Marc Pitze, in a piece ominously titled “The World As We Know It Is Going Down,” focuses mostly on the U.S. domestic effects of the problem.

In fact, it really does look as if the foundations of US capitalism have shattered. Since 1864, American banking has been split into commercial banks and investment banks. But now that’s changing. Bear Stearns, Lehman Brothers, Merrill Lynch — overnight, some of the biggest names on Wall Street have disappeared into thin air. Goldman Sachs and Morgan Stanley are the only giants left standing. Despite tolerable quarterly results, even they have been hurt by mysterious slumps in prices and — at least in Morgan Stanley’s case — have prepared themselves for the end.

But what’s really happening? Experts have so far been unable to agree on any conclusions. Is this the beginning of the end? Or is it just a painful, but normal cycle correcting the excesses of recent years? Does responsibility lie with the ratings agencies, which have been overvaluing financial institutions for a long time? Or did dubious short sellers manipulate stock prices — after all, they were suspected of having caused the last stock market crisis in July.

The only thing that is certain is that the era of the unbridled free-market economy in the US has passed — at least for now. The near nationalization of AIG, America’s largest insurance company, with an $85 billion cash infusion — a bill footed by taxpayers — was a staggering move. The sum is three times as high as the guarantee provided by the Federal Reserve when Bear Stearns was sold to JPMorgan Chase in March.

The most breathtaking aspect about this week’s crisis, though, is that the life raft — which Washington had only previously used to bail out the mortgage giants Fannie Mae and Freddie Mac — is being handed out by a government whose party usually fights against any form of government intervention. The policy is anchored in its party platform. “I fear the government has passed the point of no return,” financial historian Ron Chernow told the New York Times. “We have the irony of a free-market administration doing things that the most liberal Democratic administration would never have been doing in its wildest dreams.”

In “The World From Berlin: Certain Mistakes Just Can’t Be Allowed to Happen,” the blame for any fallout in Germany is placed squarely on the shoulders of the domestic financial leadership.

The German Finance Ministry declared itself shocked — shocked! — on Wednesday at the news that a state lending bank, KfW, had transferred €300 million ($426 million) to Lehman Brothers in New York on Monday, just after the investment bank collapsed. “What we have had to read today is astonishing and exasperating,” Finance Ministry spokesman Torsten Albig told reporters. “We expect a swift explanation of such a technical failure, which is inexplicable to us.”

The trouble is, KfW is overseen by the Finance Ministry, among other elements of the German government, and the country’s finance minister, Peer Steinbrück, holds ultimate responsibility for the bank’s health. Ratings agency S&P said KfW’s sudden exposure to such a loss would not hurt the bank’s credit; but KfW was already burdened by the collapse of another German bank, IKB, in the wake of the subprime crisis last winter. KfW was IKB’s largest shareholder, and it oversaw a deal — on behalf of the public — to sell the bank to American investors at the firesale price of €100 million. The bargain basement sale, however, came only after taxpayers were required to pay billions to bail IKB out.

The piece also referenced “The center-left Süddeutsche Zeitung” which it quotes,

“Who is responsible when something goes wrong in a state-run bank? A range of politicians sit at the head of KfW’s supervisory board — from Finance Minister Peer Steinbrück (a Social Democrat) and Michael Glos (a Christian Democrat) to the head of the Left Party, Oskar Lafontaine. Of course these bank managers can’t personally follow every securities transaction. But it must have been clear to these political leaders that something had gone wrong with the bank’s risk-management capability — at the very latest in February, when IKB, the medium-sized bank which the KfB controlled with a majority of shares, collapsed.”

“The IKB debacle cost the KfW — and, in the end, German taxpayers — billions. Handlers around Steinbrück and Glos should have done everything in their power to prevent another collapse. Instead, Steinbrück has used every opportunity to wag his finger (at private banks) and talk down the damage this financial crisis will cause the German economy. Anyone who calls for better risk management in private banking has to first make sure that his own house is in order.”

Similar quotes are provided referencing “The center-right Frankfurter Allgemeine Zeitung,” and “The leftist daily Die Tageszeitung.”  At least in the excerpts, no mention at all is made of Bush and the USA.

Dutch NRC Handelsblad focuses mostly on the domestic impact as well, especially concerns about Fortis and ING.  It does, however, acknowledge that the tiny country is subject to ripple effects.   For example, “International crisis influences the Netherlands” begins, “According to the government budget the Dutch economy is doing well. But it is more susceptible to a decline in world trade than most other countries in the European Union.”   Even here, though, the focus on the US is minimal:  “Much depends on three external factors: the price of oil, the strength of the euro and the growth rate of world trade. “

It seems that, looking at the crisis from Europe, not everything is about us.