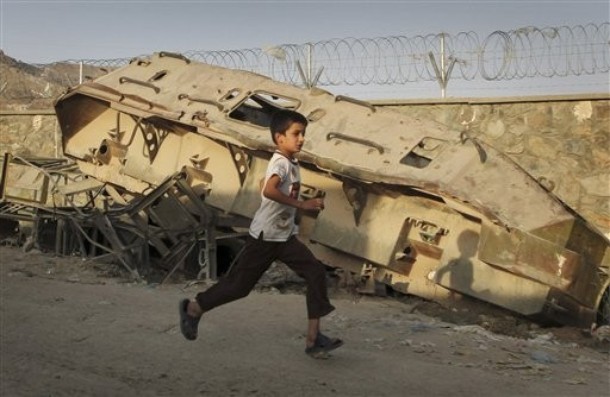 As the war in Afghanistan reaches its 2014 transition, when the major combat mission ends and U.S. troops take on a more sedate training role, we should take the chance to look back on what lessons we’ve learned there. With the war shifting from outright combat to maintaining the Afghan government and security forces; can we apply lessons from the last 11 years of warfare to what comes next?

This week, my think tank, the American Security Project, is publishing a paper that discusses five of the most important lessons we need to learn from Afghanistan – but haven’t.

The lessons below don’t account for everything that we can learn from Afghanistan. They are, however, important lessons that simply aren’t being made publicly:

1. The danger of magical thinking.
Magical thinking is causal reasoning that assumes a correlation between acts or utterances and certain outcomes: think of a rain dance, or an athlete wearing her socks backwards for good luck. For the last ten years, military and civilian leaders have promised that if something was built, or a certain area of the country was “cleared” of militants, or if some other singular event like a presidential election took place, the war would be won. It was the political equivalent of a rain dance – rather than understanding the complex reasons why bad things happened in Afghanistan, policymakers chose to assume that simple fixes could produce victory.

2. The need to understand the environment.
Counterinsurgency advocates have insisted for years that knowing the enemy as well as the general population where conflict takes place is critical The war in Afghanistan has been fought largely outside a basic understanding of the country and its culture. As a result, many missteps have been made and billions of dollars wasted on schemes that had little chance of success: Afghan Sesame Street, week-long courses in beekeeping for infantry soldiers, and so on.

3. The war is a political conflict.
If one thing has been missing from US policy in Afghanistan, it is Afghan politics. The old cliché still holds: war is politics. Understanding why Afghanistan’s political leaders behave the way they do is critical to creating the policies and plans that will be most effective. But few Americans even know who the major Afghan political leaders are, much less what they do or how they think. As a result, political solutions to the conflict, such as initiating negotiations with the Taliban, are mired in internal dissent and domestic infighting.

4. The consequences of the failure to plan.
The US war in Afghanistan suffered from a failure to enact plans that make sense to regular Afghans. This failing took many forms: building schools, roads, and hospitals without providing a sustainable way to maintain them; creating a cash economy but not devising a system of accountability to limit corruption; sending outsiders to administer communities they did not understand. Planning for the future is not an impossible challenge but the many agencies of the U.S. government, simply chose not to do it.

5. Real success only matters over the long term.
If the US government had planned, in 2001, on staying in Afghanistan through 2014, it would have made very different plans. . The old cliché about Vietnam – it was not a ten-year war but a one-year war fought ten times – applies to Afghanistan as well. Planning cycles rarely accounted for events more than 12 months into the future, which means the long-term consequences of any given policy were largely ignored.

These lessons all overlap. Magical Thinking, the first and arguably most important lesson, underpins the subsequent four lessons. The botched reconstruction projects, the poorly planned militias, the inexplicable assumptions behind creating a children’s television show in a country where most people don’t have electricity – all of it is magical thinking.

There is hope, however. President Obama’s current plan, enshrined in the Strategic Partnership Agreement, actually describes a long term plan for Afghanistan. Only by starting to think about Afghanistan in this way – with decades as the measurement of time instead of years or months – can we even hope to make any realistic plans for the future.

Joshua Foust is a fellow at the American Security Project and the author of Afghanistan Journal: Selections from Registan.net. He is a member of the Atlantic Council’s Young Atlanticist Working Group, and used to work as a civilian cultural advisor for the US Army. This article originally appeared in PBS Need to Know and and is based on his ASP report  U.S. Strategy in Afghanistan: Five Lessons We Should Have Learned