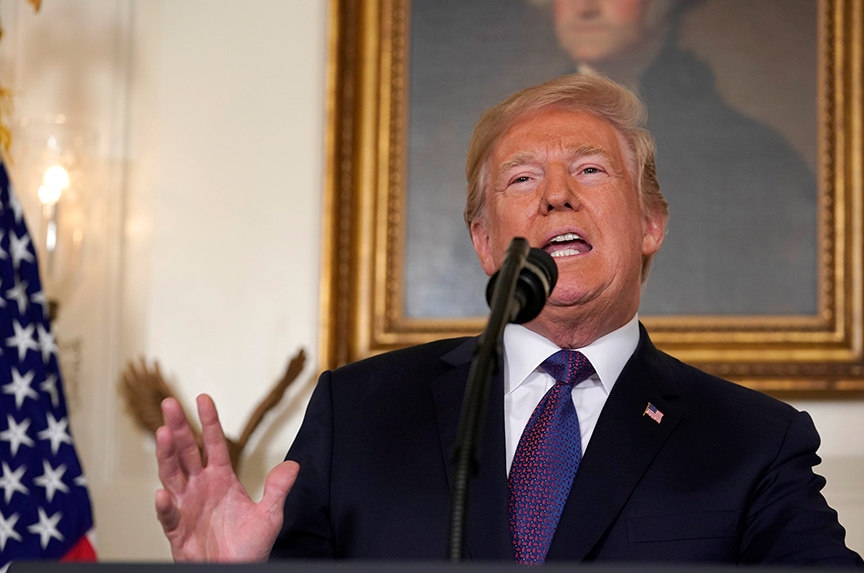 The attacks on Syrian targets are not aimed at ending the regime of Bashar al-Assad, even though the United States called on that regime and its leader to step aside nearly seven years ago.  For this murderous crime family and entourage to be brought down, a much more sustained military campaign—one involving a robust ground combat component—would be required.  This is not the American objective.

Yet even as these assaults leave Mr. Assad with the title of president of the Syrian Arab Republic, they have the potential to do significant good.  It all depends, however, on what comes next.  If the follow-up falls short—as it did one year ago—the current round of sound and fury will signify precisely nothing.

One year ago, the United States retaliated forcefully in the wake of an Assad regime chemical atrocity.  The objective then was to punish a particularly heinous form of mass murder and to deter it from happening again.

Yet whatever punishment was meted out by cruise missiles impacting on a regime air base, the deterrent was gutted from the beginning.  Somehow the United States had given Russia and its client the idea that the assault had been a one-time, one-off gesture linked to Assad’s use of the nerve agent sarin: the same mortally toxic compound used against children and their parents in August 2013.

Soon after the April 2017 American assault Assad concluded—accurately it seems—that he had a bright green light to do what he wished to defenseless civilians with whatever he wished, so long as it was not sarin.  Obviously, this was not Washington’s intent.  But it may as well have been.

Over time the Trump administration came to see, with increasing horror, how it had inadvertently shredded its own deterrent.  Speaking to the Munich Security Conference just a few months ago, then National Security Advisor LTG H.R. McMaster acknowledged that the United States had sought to deter the Assad regime from using chemicals, but that Assad’s used of weaponized chlorine gas to terrorize and disable civilians had become commonplace.

Indeed, it seems in recent days that Assad concluded he could terrorize the Damascus suburb of Douma into submission by returning to the strong stuff.  He did so with an obvious sense of impunity, thinking he could (if necessary) take a blow, do a Levantine impersonation of Churchill, and then return to business as usual as Washington congratulated itself for acting.

There is no education in the second kick of a mule.  This time Washington must make it clear to the Kremlin that mass murder by state terrorists is the issue; that the murder weapon per se is not the crime.  If Russia is convinced that Assad’s return to mass homicide will cause the United States to return militarily to Syria at times and places of its choosing, then perhaps this latest round of retaliation can persuade some in Assad’s circle that a negotiated end to the violence and mutually agreed political transition are the best ways forward.  At a minimum—provided there is no bluff—credible deterrence can be established.

Anything short of decisive diplomatic follow-up will render this assault the most meaningless of gestures.  If Assad remains free to indulge in mass homicide, Washington will again be inadvertently drawing a red line on sarin while flashing a green light for everything else.  The resulting humanitarian abomination will continue to balloon, with demographic consequences for American allies and friends in the region and beyond.

The follow-up is everything, unless it is nothing.

Frederic C. Hof is a nonresident senior fellow in the Atlantic Council’s Rafik Hariri Center for the Middle East. Follow him on Twitter @FredericHof.

Image: US President Donald J. Trump announced strikes on Syria at the White House in Washington on April 13. (Reuters/Yuri Gripas)