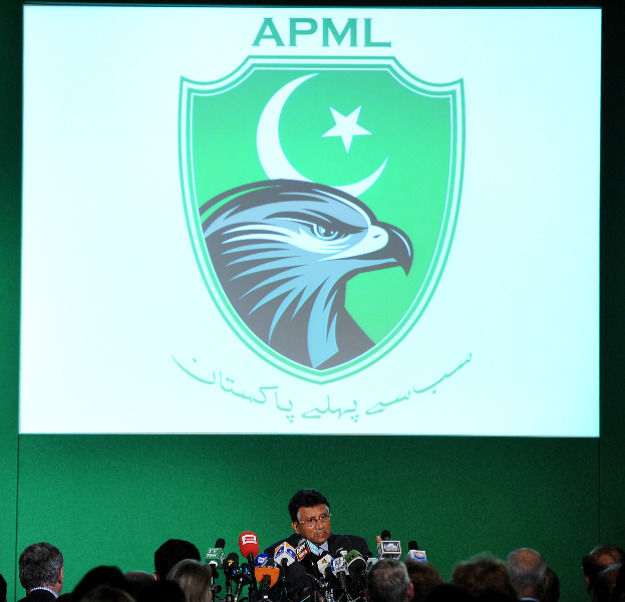 "Today, God has given me the opportunity to set the tone for my political legacy. Come join me in changing Pakistan’s destiny. It is not an easy task but one we must work for, as Pakistan is ours. ‘All Pakistan Muslim League’ is our platform from where I will work tirelessly to serve Pakistan and bring back national unity-Pakistan First."  With those words on one of his Facebook pages, as promised, former Pakistani president General Pervez Musharraf appears to have launched his new political party out of London. Clearly, he is attuned to the technology of today. But is he attuned to Pakistan?

Musharraf claims to have more than 300,000 youth followers. He has also attracted some serious Pakistani Diaspora supporters, including successful entrepreneurs. But his key support comes from his inner team whom he promoted while in power in Pakistan. Few major politicians inside the country appear to have spoken publicly about their support for him. Some who have met him and then are reported by his media staff to have considered joining his campaign to return to Pakistan in political triumph privately deny that they wish to join him. If his advance guard is telling him that the ground is ready for him in Pakistan, Musharraf needs to do some independent checking. The deck is stacked against him.

First, he faces personal danger from the moment he lands. The militants whom he challenged and attacked have long memories. Second, the leading political parties are more than likely to coalesce against him at the provincial and federal level. He knows well from his own time in power that the rules of the game favor those in power. Imposition of restrictions on public gatherings, closure of meeting places, and other ways of disrupting a political campaign, including ostensibly for Musharraf’s own personal safety (as he did by imposing restrictions on Benazir Bhutto immediately after her return in 2007) will likely hobble his campaign. His own Pakistan Muslim League (Q), also known as the King’s Party during his presidency, has split and is largely out of the central political game for now. If Musharraf can manage to bring all the bits and pieces of the Muslim League together under his new All Pakistan Muslim League, he may have a core to launch his campaign. But current indications are not very bright on that score. The Muslim League over time has become known as a party of hangers-on and relies on official largesse for life support. Out of power generals and politicians cannot give the Muslim League what it needs to survive.

And then there is the Pakistani Army. It has turned the corner on its former chief, as it always does. A previous Army chief, General Mirza Aslam Beg, found little support inside army headquarters when he launched his party. He has had no traction since. Indeed, few Pakistanis would be able to tell you its name (the Awami Qiyadat Party). Recent conversations with officers at different ranks and including many senior generals about Musharraf’s standing indicate clearly that they resent what they call Musharraf’s move away from professionalism of the army and infusion of the army into civilian jobs. They are trying to restore that inner core of the army’s professionalism now and would resist being drawn into the political fray by Musharraf’s return. Most of Musharraf’s favorite generals are no longer in key positions inside the army. Some of them have been superseded in the recent promotions as General Ashfaq Parvez Kayani, chosen by Musharraf to succeed himself, puts his own stamp on the upper echelons of the army and on the institution as a whole. Finally, the chances of Musharraf being charged with "high treason" and other crimes for upending a democratically elected government in October 1999 and thus drawing the Pakistan army into the defendant’s box in court worry the military high command enormously.

While the weakness of the current civilian government may appear to be a tempting target, the negatives surrounding Musharraf’s return militate against the successful rebirth of Musharraf the politician. For his own sake and to save Pakistan from further political turmoil, he may wish to re-examine his plans to return. He could do a lot for Pakistan from his current perch abroad by drawing together bright young Pakistanis who could share their knowledge and experience and help foster the rebirth of civil society, using the technological instruments of our times to foster change for the better. He could also perform the role of a philanthropist and an apolitical spokesman for Pakistanis at home and abroad rather than someone who is missing the trappings of power.  As he would put it, he needs to place "Pakistan first!"

Shuja Nawaz is director of the South Asia Center at the Atlantic Council. This essay first appeared at ForeignPolicy.com’s AfPak Channel.