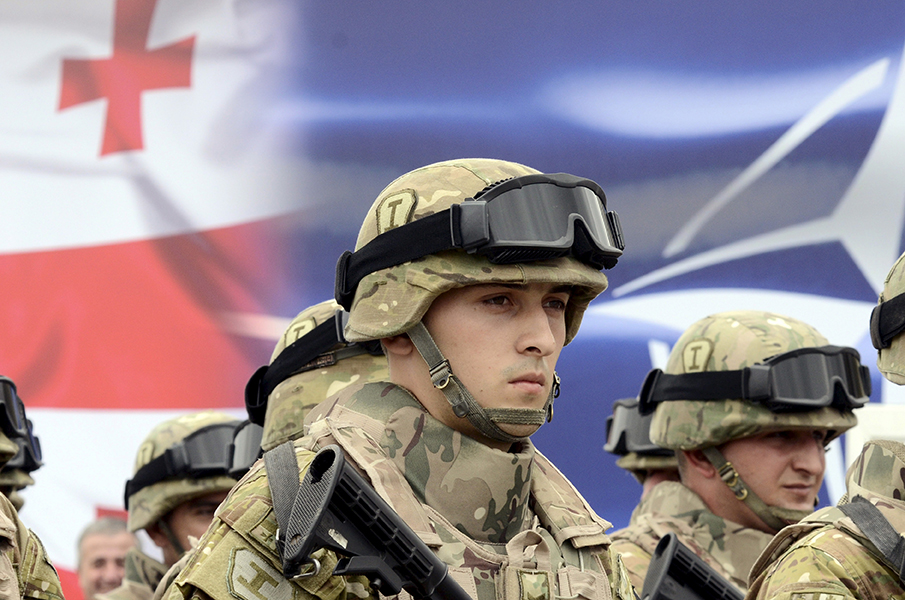 Georgia today is a very different country from what it was four years ago. Owing in large part to its strong regional relationships and geographic location, Georgia has enhanced its partnerships with Europe and the United States, and has also become increasingly relevant to East Asia, largely through trade. It is now time to reflect not only on what we have achieved over the past four years, but on where we want to go in the future.

As Georgians head to the polls for parliamentary elections on October 8, we must decide whether to consolidate our democracy, economy, and role in the world. Georgia must assume responsibility for building its own new democratic traditions.

After the collapse of the Soviet Union in 1991, we imagined that the road to sovereignty would lead Georgia to accommodate Russia, sparing ourselves the threat of war while reaping economic benefits. However, the relationship with our former “big brother,” we came to realize, required an absolute choice between remaining “in Russia,” completely subsumed by the larger nation, or becoming independent. As a society, we made the unequivocal choice of true independence and alignment with the West.

Since the last election in 2012, Georgia’s government led by the Georgian Dream has worked to build a new brand.

Georgia has earned praise for the strides we have made in deepening our democracy. We have halved our prison population. We have the freest media in the region and a level of government transparency higher than in many European Union (EU) member states. We now have an independent judicial system with checks and balances. We have held free and fair elections.

To demonstrate its commitment to international cooperation, on 2013, Georgia signed on to an Association Agreement with the EU, complete with a Deep and Comprehensive Free Trade Agreement. Within the next few months, we expect that Georgians will be granted visa liberalization for travel in the EU. We have concluded a free trade agreement with China. And we have also completed preferential trade agreements with the United States, Japan, and Canada. Our partners appreciate open access to Georgia’s markets and unique products, and they enjoy its low regulation, low taxation, and high transparency regime. Georgia has always been important for where we are; now we are also important for what we are.

Foreign direct investment in Georgia has surged, and job creation has begun to transform our economy and society. Georgia continues to develop its role as an energy transit hub, as well as an emerging logistics hub. When the deep-water Ankalia Port becomes operational in 2019, Georgia will have the enviable position of becoming Europe’s gateway to Central Asia and East Asia, and Asia’s window to Central Europe, Southeastern Europe, Turkey, and the Middle East. Through this initiative, and its pivotal role in the New Silk Road project, Georgia is bridging mature and emerging economies across the region.

A year ago, NATO inaugurated a Joint Training and Evaluation Center (JTEC) in Georgia. We have participated in two NATO summits—in Cardiff and Warsaw—building an increasingly interactive relationship with the Alliance. While full NATO membership is still pending, Georgia has created its own formidable national defense capability, with battle-hardened soldiers serving around the world, from Iraq and Afghanistan to the Central African Republic. Georgian soldiers fight shoulder to shoulder with their American and European counterparts in support of common values.

Georgia must now build on its steadfast commitment to European and Euro-Atlantic integration and its success as an empowered, stable, and predictable partner in our region. EU and NATO membership must continue to be a priority. The government must also deepen and thoroughly institutionalize democratic values.  Some time ago I came across a letter in the Library of Congress from the first foreign minister of Georgia, Akaki Chkhenkeli, written to the first interior minister, Noe Ramishvili, on August 18, 1921. I was moved because these men planted the seed that grew into what we now call “independent Georgia.”

“We have wasted three years without making a single friend or a protector, not because it was impossible, but because we never even tried.  Our economic policy in its entirety, or rather our apoliticism, has been channeled to scare off foreigners.  It is too late to talk about it, but, unfortunately, there is no guarantee that we will not repeat past mistakes in the future!  Our reputation is badly tarnished…. Every merchant or entrepreneur who has visited our country, is badmouthing us…this is not the way to govern a state.  Without responsibility there is no state.”

I am struck by a sense of déjà vu when I read these words. As Georgia comes to stand on its own feet, as an independent nation, we must stand tall for the next generation. Tradition is not something Georgia has; it is something we build with care from those who came before us, and love for the those who come after.

Tedo Japaridze is the chairman of the foreign relations committee in the Georgian parliament. He is a member of the Georgian Dream party.

Image: Georgian servicemen stand in formation during an opening ceremony of the Georgia-NATO joint training and evaluation center at the Krtsanisi settlement outside Tbilisi, Georgia, on August 27. (Reuters/Irakli Gedenidze)