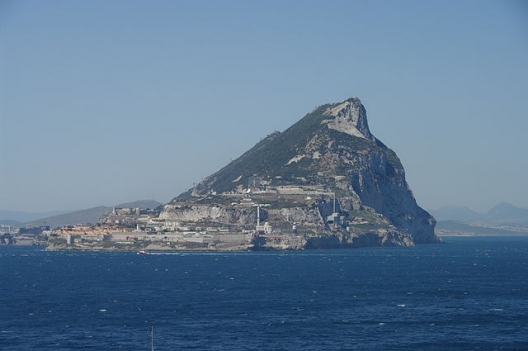 Article X of the 1713 Treaty of Utrecht is pretty unequivocal. “The Catholic King does hereby, for himself, his heirs and successors, yield to the Crown of Great Britain the full and entire propriety of the town and castle of Gibraltar, together with the port, fortifications, and forts thereunto belonging; and he gives up the said propriety to be held and enjoyed absolutely with all manner of right for ever, without any exception or impediment whatsoever.” That was the “Rock” then, this is now. Whilst the majority of Britons and Spaniards look on in a sense of bemusement this latest Gibraltar ‘crisis’ raises some interesting questions as to the validity of the old treaties that continue to shape Europe’s political space.

First, let’s call this manufactured crisis for what it is: a blatant attempt by Spanish Prime Minister Rajoy to distract attention away from the corruption scandal that is engulfing his political party and Spain’s economic crisis. Politics like this have no place in 2013 Europe, especially between fellow EU members and close NATO allies. The only thing that comes close to Rajoy’s silly game-playing are those in UK press trying to imply a link between a departing aircraft-less British aircraft carrier and this latest Anglo-Spanish spat over Gibraltar. For the record Exercise Cougar 2013 to which the Royal Navy’s ships are sailing has been in the planning for years.

Spain claims Britain’s occupation of the Rock is illegal. However, until adjusted or brought to a formal end by mutual agreement the Treaty of Utrecht remains valid under international law. Therefore, if the Treaty was unilaterally declared illegal and Spain’s action supported by, say, the EU it would bring into question every other treaty and agreement made ever since. That would include the Final Act of the 1815 Congress of Vienna, the 1919 Treaty of Versailles, and all the various treaties and agreements signed thereafter. In other words the Treaty of Utrecht is not only legal it remains in force.

Now, one way around this would be to say that the EU’s 2007 Treaty of Lisbon effectively nullifies all other previous treaties. However, my sense is that such a move would set a precedent that would effectively guarantee Britain’s exit from the EU because at a stroke the EU’s treaty powers would have been greatly expanded. At the very least a new Congress of Vienna would be needed to tie up all the treaty legal anomalies that would emerge across Europe from the Treaty of Utrecht’s arbitrary legalization. That of course is not going to happen.

The more serious point concerns the relationship between the parties to old treaties and the rights of self-determination of the inhabitants of disputed lands and territories. This is a serious issue as self-determination is a not a treaty legal concept per se and the very concept post-dates most of the treaties still in force.

Is Spain’s position good politics? Spain is threatening to make common cause with Argentina at the United Nations in its dispute with Britain over the Falkland Islands. By so doing Madrid is implying that the views and wishes of the Gibraltarians matter not, just as they imply that Gibraltarians are neither British nor EU citizens. Recent polls in both the Falklands and Gibraltar show clearly an overwhelming desire to remain British. Argentina may have little regard for self-determination but for Spain and Europe it remains the cornerstone of democratic legitimacy.

Furthermore, Spain is ill-advised even to open the issue of the status of treaties. If Spain pushes too hard Morocco may wish to re-open a debate about Spain’s two so-called “Plazas de Soberania” (Places of Sovereignty) or enclaves embedded in Moroccan territory – Ceuta and Melilla. Ceuta was ceded to Spain by Portugal through (coincidentally) the 1668 Treaty of Lisbon whereby Melilla was conquered by Spain in 1497. Both cities have populations of around 75,000 people determined to remain both Spanish and EU citizens. Gibraltar is a Plaza de Soberania that just happens to be British populated by people just as determined to remain British. Sorry, but if Spain wants Gibraltar Madrid must first hand back Ceuta and Melilla. Do that and Spain might just have a moral leg upon which to stand, even if no legal leg.

This crisis started because the Gibraltarian authorities dropped concrete blocks in its waters to create an artificial reef which impacted upon one Spanish fisherman. Spain reacted by blocking access to and from the Rock. Like all such Gilbert and Sullivanesque crises they blow in and blow out like the summer rain. Therefore, both Britain and Spain would be best advised to put the issue back in the box and quietly get on with working together to solve the many more serious issues facing Europe.