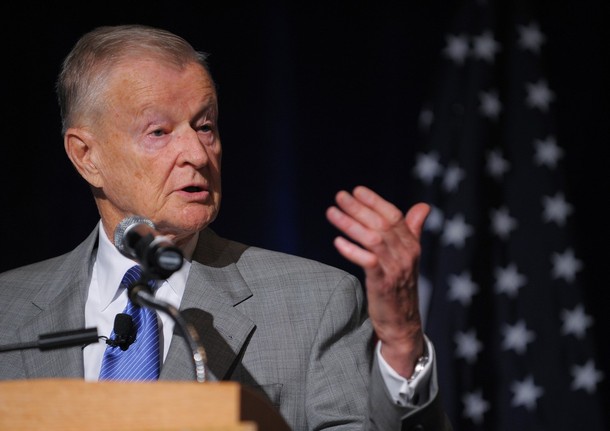 From dust to dust, global power is no more. So says Zbigniew Brzezinski, the only rival to Henry Kissinger in America’s contemporary geopolitical hall of fame.

For centuries, much of the global landscape and seascape was dominated by a single power — e.g., Portugal, Spain, Great Britain, the United States — and recent would-be masters of the universe didn’t last long.

Hitler’s 1,000-year German empire was built in six years — and crushed in six years (1939-45 World War II). Stalin’s bloody empire lasted a tad longer on history’s clock. After the Kremlin conceded defeat and pulled out of Afghanistan in February 1989, the iron curtain fell apart and the Eastern European colonies recovered their freedom.

Talking about his 20th book “Strategic Vision — America and the Crisis of Global Power” — and arguably best geopolitical tome, Zbig, as he is universally known, said: “After the dissolution of the Soviet Union, we saw the emergence of a single power — the United States. Many believed we had been chosen by God and commissioned by history to be the world’s dominant power.

“Now here we are, two decades later, no longer pre-eminent,” he told a luncheon at the Women’s National Democratic Club. “We’re not declining, as some are suggesting, but we no longer command the world’s respect, and we keep reading that China will soon supersede the United States, somewhere between 2016 and 2018” — four to six years from now.

“No single state is a hegemon,” Brzezinski, a Center for Strategic and International Studies counselor, points out, “and we are still the most powerful. But our society is stagnating. We have just blown $1.5 trillion on two unnecessary and costly wars, both in blood and treasure, that were falsely justified and totally unwinnable.”

“The consequences,” he argues, “were a dramatic decline in America’s global standing in contrast to the last decade of the 20th century, a progressive delegitimation of America’s presidential and hence also national credibility and a significant reduction in the self-identification of America’s allies with American security.”

Meanwhile, President Jimmy Carter’s national security adviser points out, “Our infrastructure is old and decrepit. In Europe and Japan high-speed trains connect major cities in comfort. Here we call Acela our fast train — built for 150 mph speeds that it doesn’t come close to because roadbeds can’t take it. Window gazing does not portray a nation of the future but scenes reminiscent of a Third World country.”

Other major U.S. handicaps as seen by Brzezinski:

The United States has a gridlocked political system, which depends on money, which means it can be bought.

The U.S. education system is superb — at the very top, the best in the world. Mid-level is embarrassingly bad, near the bottom of the world scale.

Why the United States no longer commands the world’s respect as it did when it emerged victorious from the Cold War struggle with the Soviet Union isn’t too hard to understand. But the United States is still the richest country in the world, innovative, with residual energy and patriotism, which can still be harnessed and led in the right direction.

The United States can take the lead on human rights and freedom of the press and has what it takes to revitalize the Western powers in a concerted effort.

The United States is properly scared of Islamist extremism. But the solution, says Brzezinski, lies in Turkey, a country of 80 million that is “highly Islamic but also highly modern. Turkey is in Europe, a good, steadfast democracy spiritually close to the West.”

Brzezinski argues the United States should enlarge the West by incorporating Russia. U.S. leaders missed the boat at the end of the Cold War when some leading Cold War warriors said publicly it was time to invite a new Russia into NATO, which would have compelled Russia’s new leaders to opt for the democratic West.

Vladimir Putin would like to create a Eurasian union, says Brzezinski, made up of the former states of the Soviet Union but most of these countries are determined not to go back in to a union dominated by the men in the Kremlin.

His take on the “populist” riots in the Arab world is that they are driven for the most part by “inequality.” It wasn’t an Arab Spring. The civil war in Syria, riots in Egypt, inter-tribal bloodshed in Libya, indicate much more political turbulence ahead.

It would trigger a collision with the United States and make our task in Afghanistan impossible. It would set the Persian Gulf ablaze; increase the price of oil three or fourfold. Americans, already paying almost $4 a gallon, would see this quickly escalate to $12 or more.

Europe would become even more dependent on Russian oil than it already is. So what would be the benefit for the United States?