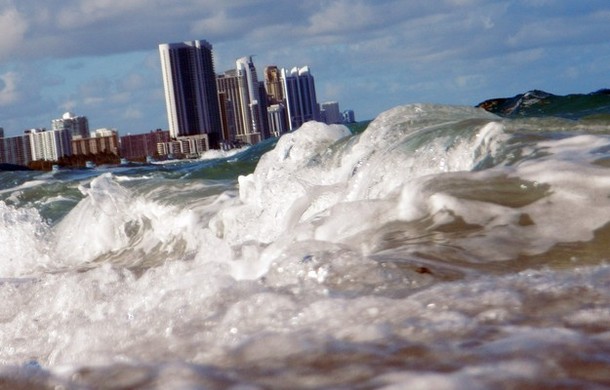 Understanding how the world works is key for developing a sound national security policy. The security environment provides the context for developing strategy and building forces to advance and defend national interests. At the same time, strategy shapes the security environment and is shaped by it. For example, a strategy that emphasizes global trade can improve a country’s GDP, but also exposes domestic industries to competition that may generate unemployment.

Fundamentally, however, a security strategy seeks to prevent or prepare for crises. Drawing from the contemporary dispute in the Philippine Sea/South China Sea, we know that the maritime boundary dispute can lead to conflict. Consequently, a good strategy attempts to address such disputes prior to a crisis to deter conflict or at least reduce drivers of escalation. If conflict breaks out, then having international legal support, willing allies, and properly deployed naval forces can increase chances of victory.

To be prepared for situations like these requires having a general picture of what future conflict resembles–will it be dominated by great power conventional conflict, failed states and subnational forces, or middle powers relying on sabotage?

Making predictions about the future is fraught with many challenges, but the national security establishment has to do more than abdicate with pronouncements of uncertainty. Further, ideas about the future must compete among themselves. Had the US military adopted General Krulak’s three-block war paradigm in 1999, then the United States might have been better prepared for counterinsurgency in the following decade. Instead, defense planning in the late 1990s and early 2000s was dominated by high-tech conventional conflict thinking rather than boots-on-the-ground intense operations.

While the time and place of future conflict is unknown, we can use past behavior, the state of world politics, and national interests to guide strategic decision-making. For example, we can see that Western Europe today is more stable than the Middle East; NATO countries are likely to cooperate with the United States; and security concerns of Asia (e.g., Iran-Iraq-Saudi Arabia, Afghanistan-Pakistan, Pakistan-India-China, North Korea, and China-Japan-South Korea) are relatively more important for the United States than other regions.

To make sense of some of these issues, the Naval War College recently hosted its annual Current Strategy Forum. This year’s theme addressed global trends and their impact on national security and maritime forces. As Art Cebrowski, a former president of the Naval War College, wrote, “If you do not create your own future, you will become the victim of the future created by someone else.” Therefore, having ideas about the future matters.

Susan Avery of the Woods Hole Oceanographic Institute laid out the implications for environmental disruptors such as carbon dioxide concentrations, rising sea levels, and water cycle intensification. As the Arctic Ocean opens over the next several decades, the north Asia-North America-northern Europe trade route can dramatically shift. This compels navies to invest in ice-capable platforms and other capabilities necessary to operate in the Arctic region. Likewise, rising sea levels and water cycle intensification can spur eco-migration as tens of millions of people living in low-lying areas become refugees.

Marv Cetron of Forecasting International reflected on how advances in science and technology can be destabilizing. With a substantial number of engineers and scientists living today, the pace of technological innovation is unprecedented and likely to accelerate. It is unclear what the singularity will bring, but as the growing debate about “drone warfare” illustrates, there are significant moral and legal dimensions of new tools of warfare.

The United States is likely to be in a favorable position under climate change scenarios as the growing season extends and it benefits from water resources in the northeast and midwest. Likewise, with a strong base for innovation, the U.S. economic future is likely to remain dominant. With this in mind, Robert Leiber does not see the United States destined to decline. Rather, with strong demographics, world-class universities, and the developing energy renaissance, the United States can retain influence through its ability to generate new ideas. As de Tocqueville observed, “The great privilege of the Americans does not simply consist in their being more enlightened than other nations, but in their being able to repair the faults they may commit.”