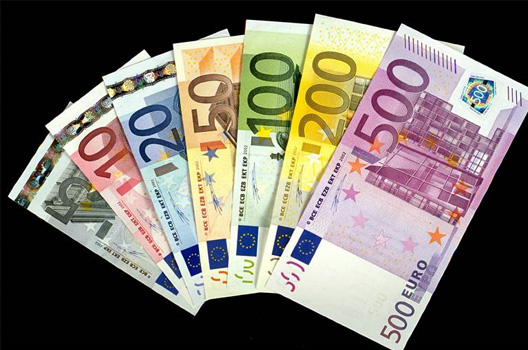 As Greece—its banks shuttered for the next week—counts down to a July 5 referendum on whether to accept or reject creditors’ demands, leaders of the European Union warn that a “no” vote would mean Greece’s expulsion from the nineteen-member Eurozone.

Andrea Montanino, Director of the Atlantic Council’s Global Business and Economics Program, hopes it won’t come to that. But if it does, he warned June 29, the ensuing economic meltdown could spark a Greek humanitarian crisis that would linger for years.

“In the end, the referendum will be, do you want to remain in the euro and therefore accept any kind of conditionality from creditors, or give up?” said the Italian economist, who was formerly Executive Director of the International Monetary Fund (IMF) in charge of Albania, Greece, Italy, Malta, Portugal, and San Marino.

Montanino said the irony of the hastily declared referendum is it asks Greeks to approve or reject an offer that expires June 30—five days before the vote takes place.

The ballot follows the breakdown of talks between the Greek government headed by Prime Minister Alexis Tsipras and its creditors, headed by the IMF, which it owes €1.6 billion. Dire headlines in newspapers across Europe warn of Greece “sinking into financial chaos” and heading towards a “shipwreck.”

“This discussion has been too detailed, given the fact we are discussing whether a member of the Eurozone should stay or not. You can have a technical discussion up to a point, but then it becomes a political issue,” Montanino told the New Atlanticist in an interview. “The Greek government was completely unpredictable and unreliable. They came up with requirements out of the blue, including this referendum.”

He added: “At the very last hour, Tsipras asked for an extension of the program, without taking into account that in order to have an extension, the German Parliament has to vote for it. This needs a proper debate. It’s not something you can decide over a coffee at the very last minute.”

Montanino said he sees three options come July 5, the day of the referendum.

“The first option is the Greek people vote yes, meaning they want to negotiate with creditors. Given the fact that the Greek government is campaigning for a no vote, the government will resign and a technical government will likely take over the duties of making a deal with the creditors. Probably with a new government, the Europeans and the IMF will go back to the bargaining table with Greece.”

The second scenario, he said, is that Greeks vote “yes” but the Tsipras government does not resign. Rather, it agrees to stay on and negotiate with its creditors.

Yet Montanino doesn’t see the EU exactly eager to resume talks with Tsipras. “Of course they will, but they are completely fed up,” he said. They would be very reluctant.”

The third option, albeit unlikely, is a “no” vote—meaning Greece immediately defaults.

“I’m quite confident the Greek people—especially during these days—will understand the consequences of a default, and of being outside the European context. In the end, they will vote yes,” he said. “You cannot have it both ways. This is clearly what is frustrating the Europeans. On one hand, they want to stay in the euro, and on the other, they won’t do anything.”

Montanino expressed serious doubts Athens could organize the referendum or that ballots could be printed so quickly, leading to a possible fourth scenario: that the referendum itself will be invalidated, “which is something that happens in African countries, but not in Europe.”

He added: “The president of the ECB [European Central Bank] said we’d move into uncharted territory. It’s true, because there is not a single word on how to exit the euro. It was never foreseen. The only thing a country can do is a referendum and leave the European Union, which is what Great Britain will do in 2017.”

Montanino warned that such a default has never happened before in a European context.

“Imagine you have to introduce a new currency. What would be its value against the euro and the dollar?” he mused. “I see the country in very bad shape. It basically doesn’t export anything. They don’t have real industries, technologies or financial services. They don’t have something they can continue to sell. Their only comparative advantage is tourism—but only in the context of an informal economy where everything will be on a cash basis.”

On the other hand, said the economist, the euro itself would not be endangered in the event of a so-called Grexit.

“I’m not scared about that,” he said. “First of all, Greece represents only 3 percent of the Eurozone economy. Secondly, it has always been the weakest country in the euro area. It’s not Germany leaving, it’s Greece.”

Montanino added that the risk for countries such as Spain and Portugal is not as great as it was three years ago, because European institutions themselves are stronger than before, and because the ECB “has tools it didn’t have in the past” such as quantitative easing.

“I don’t see any other country in such bad shape, but for Greece, it’ll be a mess. It will be very difficult for anti-Europe parties to take the lead in places like Spain and ask for an exit of the euro,” he said. “However, clearly if the outcome is the opposite and Greece will be in much better shape in one or two years’ time, this will threaten the Eurozone because people will have the example of a country that is better off.”

Sadly, he said, economists must consider the risk of a Greek humanitarian disaster in the event it leaves the euro and the drachma collapse.

“That’s why I don’t understand why the Greek government was not able to reach a deal. They will bring their country in the opposite direction they wanted to,” he said. “Unemployment is close to 30 percent. Youth unemployment is 67 percent. People are losing their jobs and you really risk a humanitarian crisis. How do you maintain an education system in this situation? How do you maintain hospitals, and basic services in a country that is not able to collect taxes, has no viable exports and lacks financial aid from external sources? To me, it’s completely crazy.”

Anders Åslund, a Swedish economist and Senior Fellow at the Atlantic Council, called the upcoming Greek referendum “bizarre” and “destructive.”

“You don’t call for a referendum in order to vote no. Nothing makes sense in this,” he said, noting that the EU’s offer was not an ultimatum but rather a proposal subject to negotiation. “The sensible thing would be that the government which made such a mess of its country is punished. It’s clear that Greece will suffer enormously from its decision.”

Åslund, whose work has focused on transition from centrally planned to market economies, added that although the Athens has imposed strict capital controls, “there will be capital outflows anyway, no money will come in, and there will be no stabilization reforms for quite some time.”

He warned that Greece will see a sharp downturn in GDP, prompted—among other things—by a sudden dropoff in tourism, no matter how much of a travel bargain it be.

“Tourists don’t go to unstable places. Any kind of crisis scares tourists away,” he said. “And all kinds of other businesses will be hampered, because you can’t organize ordinary payments. This will hit the economy very hard indeed.”

Åslund predicted that even if Greece defaults, it could still remain in the Eurozone — but that the Tsipras government would not survive.

“It’s proven itself utterly incompetent and irresponsible,” he said. “They have wasted five months not coming up with any concrete proposal at all on how to get out of this crisis. It’s not a solution to say ‘you should give us money’ and not do anything in return.”

Even so, Åslund said, the disaster is not entirely Athens’ fault. He also blames the EU and the IMF for the unfolding Greek tragedy.

“The EU has collective responsibility for this. Decision-making has been too slow and too unclear,” he told The New Atlanticist. “Merkel’s strength is that she’s deliberate, but her kind of decision-making is not good in crisis resolution.”

In fact, the only institution that comes out looking relatively good is the ECB.

“The IMF did not push hard enough for fiscal cuts early on, and approved a program in 2010 that should not have been approved, demanding fiscal adjustments of only 2 percent of GDP. It should have been 10 percent of GDP,” said Åslund, who has done extensive advisory work in the Baltics. “This is what you do in a serious crisis. That’s what Latvia did in 2009. Why should Greece do any less?”

Image: Various denominations of euro banknotes. Greece could become the first nation ever to pull out of the 19-member eurozone. Photo: Larry Luxner