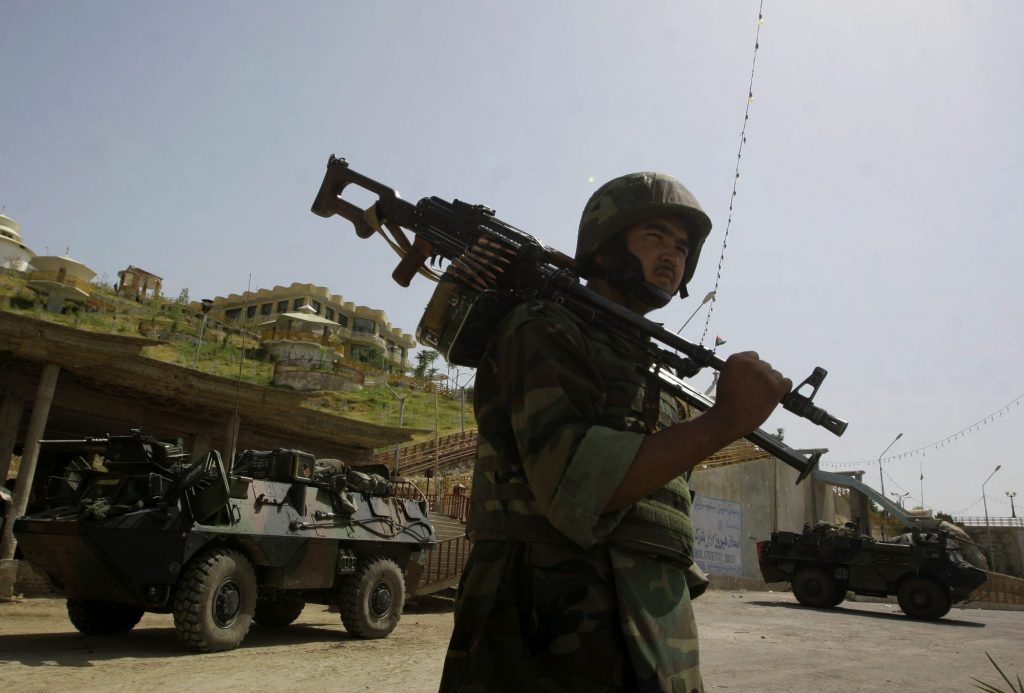 The war in Afghanistan is now seven years old, and it is no closer to being over than it was when it began. For years, it has flown beneath the radar cover provided by Iraq. As the Iraq war winds down, however, attention has, as noted earlier this week ("Are We Losing in Afghanistan?"), begun to shift to the landscape and prospects in Afghanistan. The picture is not pretty; grim may be the best way to describe it.

The U.S. government has begun to turn its attention eastward from Iraq as well.The Pentagon has urged looking again at what we are doing and what we hope to accomplish, and a new National Intelligence Estimate (NIE) is due out any day. They are likely to cast even longer shadows on our involvement.

The Pentagon has asked for a thorough review at both the conceptual and operational levels. The conceptual part begins with a review of America’s objectives in Afghanistan. It is mind-boggling to think that any country would fight a war for seven years without knowing the objective (what it seeks to accomplish), but unfortunately such a question is not inappropriate.

What is the policitcal objective in Afghanistan? Almost everyone would agree that getting rid of Al Qaeda tops the list, as noted in the last post, but what after that? A democratic, stable Afghanistan? A surgical removal of Al Qaeda from Pashtun territories on both sides of the Afghanistan-Pakistan border that leads to democratic stability in Pakistan as well? How important are each of these possible objectives to the United States? No one seems to know, or be publicly willing to discuss or defend.

The Pentagon apparently also wants to know which of these goals are achievable, particularly through the application of military force. When the question is asked this way, the prospects become especially grim.

We all agree that we want to rid ourselves (and the world) of Al Qaeda, but how? Conventional military force clearly is inapplicable in the forbidden territories along the Afghan-Pakistani border (the so-called Durand Line, named after the British diplomat who drew it in the late nineteenth century to separate the British Raj from Afghanistan). Surgical air strikes turn out not to be so surgical, miss their intended targets much of the time, and maximize collateral damage–civilian deaths–and thus end up doing as much or more harm than good. Is there a military strategy that will accomplish the goal? In any traditional sense, the answer seems to be no, and adding more conventional forces to the field will not change that assessment.

One response has been to transfer the Patraeus Iraq strategy of counterinsiurgency to Afghanistan, but that model does not apply. The heart of COIN doctrine is the establishment of secure, safe territories wherein the battle for hearts and minds can be waged. The area in contest is NOT amenable to that approach. Most of it (on both sides of the Durand line) consists of Pashtun tribal villages, whose tradition is to resist, not embrace, outsiders who say they want to liberate them. As Martin Ewans summarizes the Afghan/Pashtun tradition, “an overriding feature of their history…has been a history of conflict–of invasions, battles and sieges, of vendettas, assassinations and massacres, or tribel feuding, dynastic strife, and civil war. Rarely have the Afghans allowed themselves, or allowed others with whom they have come in contact, to lead out heir lives in peace.” How the U.S. military is going to be able to reverse that tradition is not covered in FM 3-24 (the joint Army-Marine cointerinsurgency manual associated with Petraeus). It is not too strong an assertion to say the military effort as now constituted is a fool’s errand. This situation is only redoubled if one slips across the border into the Federally Administered Tribal Areas (FATA) of Pakistan–an area the central Pakistani government has effectively ceded control over and in its current weakened position is hardly likely to challenge.

The other objectives can be taken more or less seriously. The United States, under the Bush Doctrine, would prefer a stable democracy in Kabul, but Afghan history suggests it will be lucky to get one or the other. Once again quoting Ewans, “The state has never been strong enough to establish effective control over the countryside….A sense of national unity has always been weak, except when an unusually strong leader has appeared or the nation has come together when threatened by an external enemy.” Hamid Karzai is not that unusual leader; the United States and its NATO allies, however, might qualify as an external enemy.

The prospects in Pakistan are even more forbidding. Attacking Al Qaeda by breaching the Durand Line from Afghanistan only emphasizes the impotence of the Pakistani government and weakens its popular appeal among its own citizens. The United States wants simultaneously to encourage democracy in Pakistan and to hunt down Al Qaeda in the FATA. The two goals are in fact contradictory; the United States had better choose one or the other; pursuing both is likely to result in attaining neither.

How did we get into this terrible mess? The short answer is through inadequate thinking and inattention. Obama is right about taking the eye off the ball in 2001 when we might have destroyed Al Qaeda, nut after that failed, we quit thinking about what to do next. Instead, we kept doing the same things that have been failing in the hopes of different outcomes. We still are, and that is not a compliment to our sagacity.

U.S. policy suffers from two major shortcomings in Afghanistan. First, we really do not know what we want to accomplish (what are the objectives?). Beyond eradicating Al Qaeda, do we really care what happens there? Your answer can lead to very different conclusions and courses of action. Second, what CAN we accomplish? The lessons of history do not encourage military adventurism in Afghanistan by outsiders. Ask the British or the Russians, or scores of others before them. The retiring British commander in Afghanistan suggested we could be there another ten years. For what?

Donald M. Snow, Professor Emeritus at the University of Alabama, is the author of over 40 books on foreign policy, international relations, and national security topics. His most recent book, What After Iraq?, was published in March.   Photo: Washington Times.