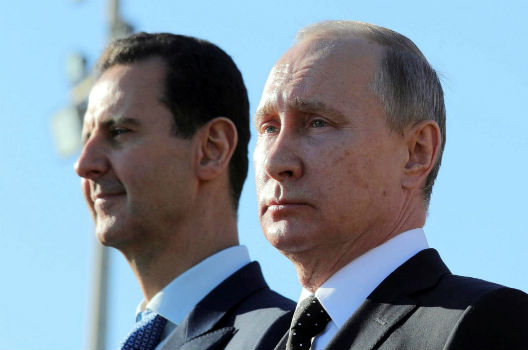 President Trump travels to Helsinki with impressive Syria-related leverage. If he chooses to use it in his meeting with his Russian counterpart, he can increase the chances for real Russian cooperation in ending the Syrian crisis on mutually acceptable terms. If he gives it up, his pockets will be emptied to the delight of Iran, the Assad regime, and the Kremlin. The negative national security consequences of a diplomatic debacle in Finland for Americans, Europeans, and Syria’s neighbors would be serious and long-lasting.

By fighting ISIS in northeastern Syria for nearly four years, the United States and its coalition partners have very nearly completed the military liberation of all northeastern Syria east of the Euphrates River.  This is valuable territory: rich in petroleum and agricultural resources.

The greatest fear of Moscow, Tehran, and the Assad regime they support is that Washington and its partners – regional states, Europeans, and anti-Assad Syrians – will take the time required to stabilize northeastern Syria: to expedite humanitarian aid, to rebuild the destroyed city of Raqqa, and to help local municipal and town councils build decent administrative and security networks and institutions. Indeed, post-combat stabilization is an important part of military doctrine, ignored at the peril of those who ignore it. Iraq in 2003 and Libya in 2011 are fine examples of leaving stabilization to chance.

What Moscow, Tehran, and the Assad regime fear specifically is that protected Syrian governance in the northeast will produce, for the edification of all Syrians, an example of decent, competent, humane, and legitimate administration. For over seven years nearly all Syrians have asked some variation of the following: “Yes, Bashar al-Assad and his entourage are incompetent, corrupt, and brutal. But what is the alternative to the devil we know?”

Assad and his enablers fear that the alternative – most likely in the form of a civilized, non-kleptocratic political system – will emerge in the northeast under the protection of a long-term, American-led, post-ISIS stabilization effort. They fear – with considerable justification – that the existence of an attractive alternative will ultimately spring the trap door from under a crime family and its rapacious entourage.

President Trump goes to Helsinki knowing he has this impressive leverage. So does President Vladimir Putin. Putin may try to seduce his American counterpart with promises related to the other corner of Syria: the southwest. There the Assad regime – with the assistance of Russia – has violated a de-escalation zone and created floods of terrified refugees streaming toward Jordan and the Israeli-controlled Golan Heights.

Putin may pitch the idea of Russia restraining Assad and keeping Iranians far, far away from Jordanian and Israeli forces. All the Kremlin would want in return, according to this diplomatic scenario, would be for President Trump to do what he’s said publicly he wants to do: beat ISIS militarily and leave Syria twenty minutes thereafter. Putin would argue that Trump could emerge from Helsinki with a double victory: bankable Russian assurances for Israeli security, and Syria receding in Washington’s rearview mirror.

Russia has, of course, a spotless record of having delivered on no assurances to the West or the United Nations with respect to Syria: not one. And Putin has neither the motive nor the means to deliver on the de-escalation zone (agreed to in 2017 by Moscow, Amman, and Washington) he’s violated. Iranian-led militiamen add vital manpower and fire power to a broken Syrian army. Both Tehran and Moscow want Assad in the saddle indefinitely: for different, but fully compatible reasons. Putin cannot compel anything; he wouldn’t, even if he could.

The soundest course for President Trump is to tell Putin that the stabilization of northeastern Syria will proceed “by the book” in terms of military doctrine, and hostile forces seeking to cross the Euphrates – Iranian, regime, or Russian – will be met with overwhelming lethality (as they have been in recent months). As for the southwest, Putin should muzzle his miserable client. If Assad continues to create humanitarian misery to the security peril of Israel and Jordan, the United States will not stand in the way of deadly attacks on regime and Iranian targets.

To take Vladimir Putin’s version of a “win-win” deal would enable Assad to complete his assault on Syrian statehood by restoring a viciously sectarian, mass homicidal regime to two key corners of the country. The prospect of Assad in-perpetuity will dampen refugee return, inspire more population outflows, encourage violent extremist reactions of the Sunni variety, and solidify Iran’s Syrian link to its drug-running, money-laundering, guns-for-hire proxy in Lebanon: Hezbollah.

Donald Trump need not emerge from Helsinki a loser on Syria. Mr. Trump’s predecessor had face cards and folded ignominiously. President Trump can increase the prospects for a genuine ceasefire and real peace and power-sharing negotiations in Syria only if he realizes he has the high cards and plays them properly.

Ambassador Frederic C. Hof is a faculty member at Bard College and a nonresident senior fellow with the Atlantic Council’s Rafik Hariri Center for the Middle East.