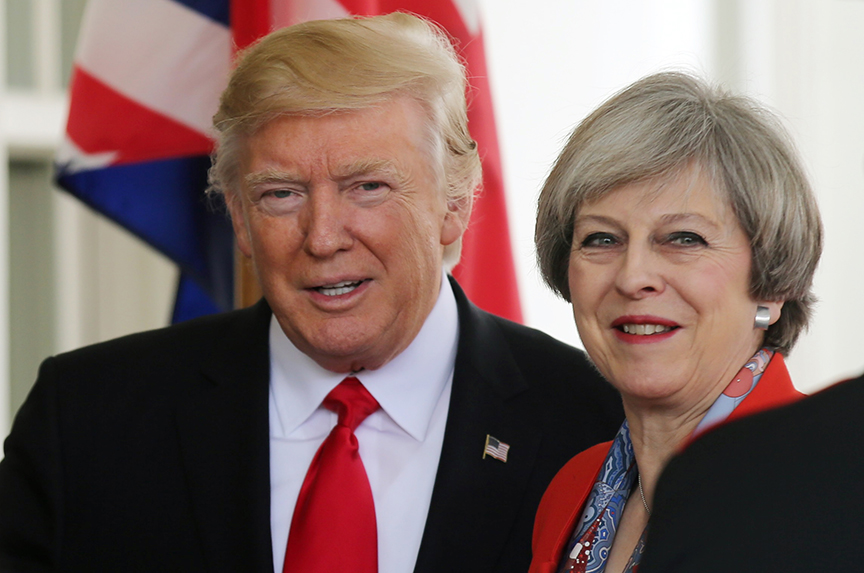 Britain’s North American friends could be forgiven if they are finding it hard to keep up with the twists and turns of the Brexit saga, and to work out where it will all end. Most of us here in Britain are in the same boat. Extraordinary to say, we are now three months away from the date set in law for Britain to leave the European Union, and there is no sign of a majority in Parliament either for the deal the prime minister has negotiated with Brussels, or for crashing out with no deal on March 29, 2019, or for anything else.

The political parties are as deeply divided as the country itself. That is the state of British politics as we face the most wrenching change we have ever experienced in peacetime. After a referendum campaign in 2016, which generated a lot more heat than light, and a narrow decision to leave the EU, the country has been on a voyage of discovery into the myriad ways in which Britain has become interdependent with the EU over the forty-five years we have been a member. With much more information now about the consequences of leaving, the voices calling for another referendum have grown louder. I can’t predict whether they will prevail, although I hope so. But Britain and its allies need to be preparing now to manage the impact if this country does find itself outside the EU next March.

The good news is that post-Brexit Britain would have even greater incentive to put energy into our strategic partnership with the United States, and a leading role in NATO. There is no reason why Brexit should disturb the deeply-rooted cooperation on intelligence and defense between London and Washington, including in the vital nuclear area. The two countries will continue to share the same agenda on fighting terrorism and preventing nuclear proliferation—even though we differ on handling of Iran. Britain outside the EU would have even more incentive to take a leadership role in NATO, which has been given new purpose by Russian President Vladimir Putin’s reckless disregard for the principles of the United Nations (UN) Charter, and by the growing threat of devastating cyberattacks.

There are two pieces of less-than-good news. The first is that, as seen from Britain, the United States’ strategic focus is changing. This has been highlighted by the Trump administration’s impatience with multilateral institutions and commitments. European allies have been shaken by US President Donald J. Trump’s transactional approach to NATO and his evident discomfort early on with endorsing the Article V mutual defense commitment. At a deeper level, we see a shift of US attention toward Asia and particularly competition with China. I was particularly struck by US Secretary of Defense James Mattis’ announcement a year ago that great power competition—not terrorism—was now the primary focus of US national security. While entirely understandable, it is an unsettling signal to the United States’ European allies. It is, of course, unrelated to Brexit, but part of the changing world order into which Britain would emerge if it leaves the EU. One of the lessons I draw is that Britain ought to be taking much more interest in future in Asian security issues, an area where we used to be heavily engaged and which is so important to our main security partner.

The second piece of less positive news is that Britain outside the EU would be a less influential security partner for Washington, at least for a period. The scale and complexity of the task of disentangling ourselves from the EU would continue to absorb most political energy in London for years to come. I am already worried by signs that Britain has pulled back from a leading role in international security affairs over the last two years, and I can’t see that changing quickly. We   would no longer have a seat at the European table, and so would lose our traction on important issues like sanctions on Russia. We would have to watch powerless as EU countries pursued the unachievable goal of strategic autonomy in defense, which is all too likely to translate into a protectionist attitude toward European defense industries.

Britain would also have to work hard to maintain as much access as possible to EU mechanisms, which have become indispensable in the fight against terrorism and organized crime in Europe. Even though intelligence cooperation should remain unaffected because it happens outside EU structures, intelligence leads are only useful if they are followed up by effective cross-border law enforcement and judicial cooperation. In Europe, most of this now happens through EU instruments such as shared databases of fingerprints and DNA, alerting systems on the movement of suspects, and rapid processes for extraditing fugitives from justice. Third countries like the United States and Canada have some access to some of these instruments, and Britain will need to negotiate the best associate status she can. But this will take time, and we are bound to lose much of the fluidity of current cooperation.

Looked at from the perspective of foreign and security policy, there is no good Brexit. The challenge, if we do go ahead and leave, will be to mitigate the damage. I am convinced that it will still be strongly in Britain’s interests to remain an active and engaged international security partner for the United States. The goal of Atlanticists on both sides of the pond should be to keep alive the conviction of the founding fathers of NATO that it is profoundly in the national security interests of Britain and the United States to promote a strong multilateral alliance attuned to the security threats of today and tomorrow.

Lord Peter Ricketts is a former UK national security adviser and ex-ambassador to France. Follow him on Twitter @LordRickettsP.

Image: US President Donald J. Trump greeted British Prime Minister Theresa May on her arrival at the White House in Washington on January 27. (Reuters/Carlos Barria)