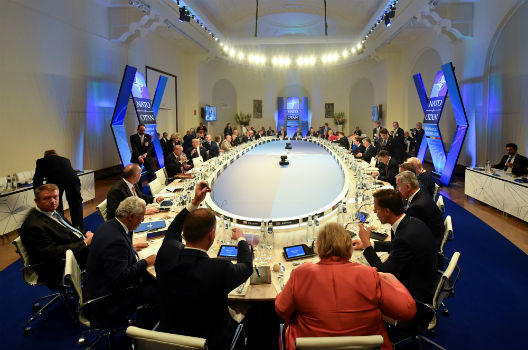 The NATO Summit in Brussels on July 11 and 12 was dominated by dramatic debates over burden sharing and uncertainty about the United States’ continued commitment to the Alliance. Lost in this shuffle, however, are the tangible actions NATO leaders endorsed after their meetings.

Here are the highlights based on the NATO communiqué signed on July 11:

1. A New Member of the Family. Following agreement between Macedonian Prime Minister Zoran Zaev and Greek Prime Minister Alexis Tspiras over the future name of the Former Yugoslav Republic of Macedonia (FYROM), to be called “the Republic of North Macedonia,” the small Balkan country was formally invited by NATO members to begin accession talks. The invitation followed a promise made at the 2008 Bucharest Summit to consider FYROM’s membership once the name dispute with Greece was resolved. Although the name deal must still pass a referendum and accession negotiations completed, Zaev is confident that his country will soon become a full member of the Alliance.

2. A Continued Commitment to Afghanistan. NATO’s Operation Resolute Support Mission has trained and assisted domestic security and military forces in Afghanistan since 2015. On July 11, NATO allies reaffirmed their commitment to the mission by agreeing to financially support the mission through 2024. Additionally, British Prime Minister Theresa May announced on July 12 that the United Kingdom would be sending an additional 440 non-combat personnel to support the mission.

3. New Support for Iraq. NATO announced that it will begin a new mission in Iraq to help domestic security services train and build capacity. On July 11, Canadian Prime Minister Justin Trudeau announced that his country would lead the mission and provide half of the estimated 500 troops for the mission. NATO’s representative in Iraq estimated that the mission would last between three and five years, beginning this fall.

4. A Speedier Alliance. NATO allies finalized long-standing plans to improve the readiness of military forces in the NATO Readiness Initiative, also known as the “Four Thirties” program. This initiative would aim to have thirty heavy or medium maneuver battalions, thirty major naval ships, and thirty air squadrons, available for use on the battlefield within thirty days notice. Experts believe this initiative is critical to maintain the Alliance’s ability to deter potential military threats from adversaries.

5. Countering Hybrid Threats. NATO leaders recognized the changing challenges facing member nations, especially “hybrid” threats that include cyber attacks, disinformation, and propaganda. Allied leaders maintained that NATO’s Article 5 common defense obligation can be triggered in the case of a hybrid attack, and announced the launch of Counter Hybrid Support Teams. These teams will provide allies with assistance when targeted by hybrid activities.

6. New Command Centers. NATO announced the establishment of three new command centers for the Alliance. The first, a Cyber Operations Center in Belgium, will help coordinate NATO’s cyberspace operations. A new Joint Force Command center in Norfolk, Virginia, will assist the Atlantic Command and ensure open transatlantic lines of communication, while the final center in Ulm, Germany, will coordinate logistics within Europe.

Despite the tensions apparent throughout the Brussels Summit, these new initiatives demonstrate the commitment the allies still have to building a stronger NATO alliance that addresses the many changing threats facing the West.

Image: Leaders gather during a dinner at the Art and History Museum at the Parc du Cinquantenaire during the NATO Summit in Brussels, Belgium July 11, 2018 (Geert Vanden Wijngaert/Pool via REUTERS)