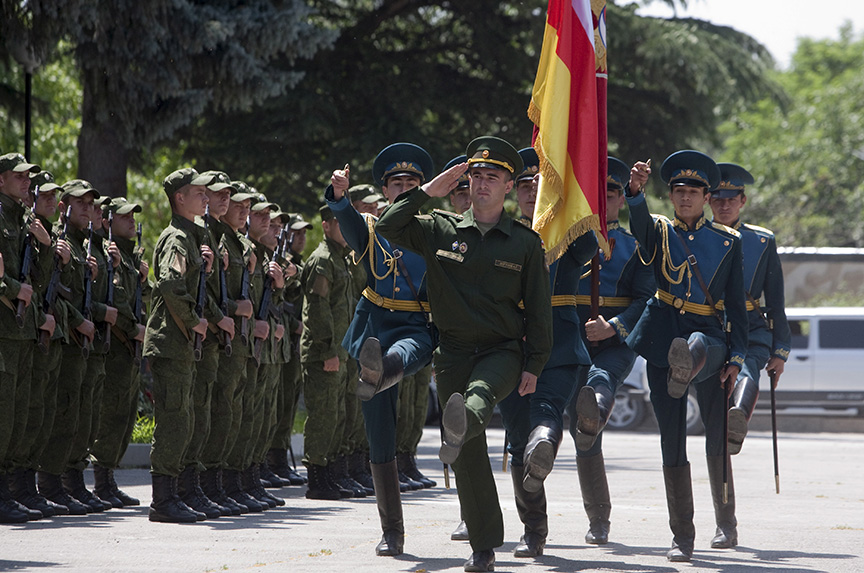 As the ten-year anniversary of the 2008 Russian invasion of Georgia approaches, there will be a brief spike in policy suggestions and attention paid to the small Caucasian nation. The reality, unfortunately, is that the five-day war in August 2008 is now mostly cited in the context of being the event that took place prior to Russia’s seizure of Crimea and incursion into Eastern Ukraine, which should have warned the Western world that Russia had returned as a fully-fledged revanchist power.

Though there are now a number of other pressing issues facing the United States and Europe—from the fallout of the US decision to withdraw from the nuclear deal with Iran to ever-increasing trade tensions—it is in the transatlantic community’s strategic interest to continue supporting Georgia.

Further, during any dialogue with or about Russia, the United States and the European Union (EU) must keep the situation in Abkhazia and the Tskhinvali region on the list of priorities among other issues, such as Syria, Ukraine, North Korea, and nuclear arms control.

Despite the lack of prospects for a timetable on when it may join NATO or the EU, Georgia has no option but to continue implementing necessary reforms and moving toward eventual transatlantic integration.

Ten years after the 2008 war, thousands of Russian troops continue to occupy Abkhazia and the Tskhinvali region (better known by its Soviet-era name, South Ossetia), which comprise 20 percent of Georgia’s internationally-recognized territory. South Ossetia has been transformed into a military outpost. Russian troops, border guards, and other units make up at least 4,000 of the tiny region’s approximate population of a few dozen thousand, and in March 2017 its armed forces were essentially integrated into the Russian military.

Russia remains in blatant violation of the Six-Point Ceasefire Agreement that brought an end to hostilities in 2008, refusing to pull its forces back to their locations before the start of the war and denying free access for humanitarian assistance.

According to a recent report by Luke Coffey of the Heritage Foundation, there have been at least fifty-six instances of “borderization” across forty-eight locations in Georgia by Russian or Russian-backed forces since 2011. These include the installation of surveillance cameras, border markers, illegal fences, and other barriers, and in some cases, FSB (Russia’s principal security agency) and separatist forces swallowing up more Georgian territory.

Ethnic Georgians living in the breakaway regions have seen their rights dramatically curbed, including the rights to free movement and legal residence. Local authorities have pushed Georgian-language education out of schools. Even worse, there have been kidnappings and illegal detentions of civilians, some of which have turned fatal.

Despite the muddled and at times incoherent foreign policy coming out of Washington and the West over the past decade—NATO promising Georgia and Ukraine membership at the 2008 Bucharest summit without a Membership Action Plan (MAP), giving Russian President Vladimir Putin all but an invitation to invade and preempt accession talks; former US President Barack Obama attempt in 2009 to reset ties with Russia—Georgia remains an important and reliable strategic partner for the United States, especially during a time of eroding relations between the superpower and Europe.

Two of US President Donald J. Trump’s most-favored complaints about European nations is that they do not pull their weight in terms of military burden-sharing and that they take advantage of the United States on trade. Georgia, like only a handful of NATO members, spends two percent of its GDP on its military, and the United States had a trade surplus of almost $253 million with Georgia in 2017.

Furthermore, while the United States has varying degrees of tension with nearly all the countries in Georgia’s neighborhood, Georgia is a close ally and a relative beacon of stability and Western values in the region. Its location—surrounded by Iran, with whom the Trump administration has chosen an increasingly adversarial posture; Turkey, which seems to be headed down an uncertain route; and of course, Russia—makes it an obvious strategic partner for the United States.

In addition, the Trump administration has decided to prioritize pressuring its European allies to reduce their dependence on Russian gas. The Southern Gas Corridor project, which runs from the Shah Deniz gas fields in Azerbaijan through Georgia and Turkey to Europe, can play an important supporting role toward this goal.

The Trump administration has been unwavering in its support of Georgia thus far. This fact was underlined during recent meetings between former Georgian Prime Minister Giorgi Kvirikashvili with both US Vice President Mike Pence (on May 23) and US Secretary of State Mike Pompeo (on May 21). The US Congress continues to show bipartisan support as well, with the 2018 spending bill providing $105 million in foreign assistance to Georgia—more than to any other country in Europe besides Ukraine.

In late 2017, the United States agreed to sell the long sought-after Javelin anti-tank missile system to Georgia (410 missiles and 72 launchers). The EU, as well, continues to support the country, with an Association Agreement entering into force in 2016 and the EU granting Georgians visa-free access in exchange for democratic reforms in 2017.

As for Georgia, it must continue to do its part no matter how distant the end goal of transatlantic integration may seem. There are simply no better options. And though much progress can be made on fronts such as political pluralism and reforming the judiciary and law enforcement, the country has made relatively rapid advances in the two-and-a-half decades since regaining its independence. Among other successes, Georgia has transformed its military while enacting economic reforms and undergoing  peaceful transfers of power with democratic elections—an underrated achievement considering the neighborhood.

Recently, the government laid out a peace initiative for the residents of the two occupied territories with the main objectives of: facilitating trade across dividing lines; enhancing educational opportunities for young people; and simplifying access to Georgia’s EU integration benefits. Though some see the initiative as idealistic and unlikely to yield real results, it is significant because it shows the country is looking for a way forward in what otherwise seems to be a hopeless deadlock.

Russia is not about to change its methods anytime soon, as it demonstrated less than a day after Putin’s March re-election when its armed forces launched large-scale military exercises in Abkhazia, South Ossetia, and Crimea. Georgia needs the United States and the West for security and economic reasons. And the West, in turn, needs Georgia for strategic access to an important region, as well as for advancing a rare success story of democratic transformation, especially during an era of general uncertainty and democratic backsliding in so much of the world.

If there is to be a Trump-Putin summit in the near-future, as has been reported, the dialogue needs to include Georgia among the issues of mutual concern discussed. This is not to say that a resolution can be expected in the near-term, but it must be made clear that the United States and the EU have not relegated the 2008 war and the ongoing occupation to the dustbin of history.

George Tsereteli is a Europe and Eurasia research associate at McLarty Associates. Follow him on Twitter @giotsereteli4.

Image: Members of the military forces of South Ossetia marched during an oath of allegiance ceremony in Tskhinvali, the capital of Georgia’s breakaway region of South Ossetia, on July 5, 2015. (Reuters/Kazbek Basaev)