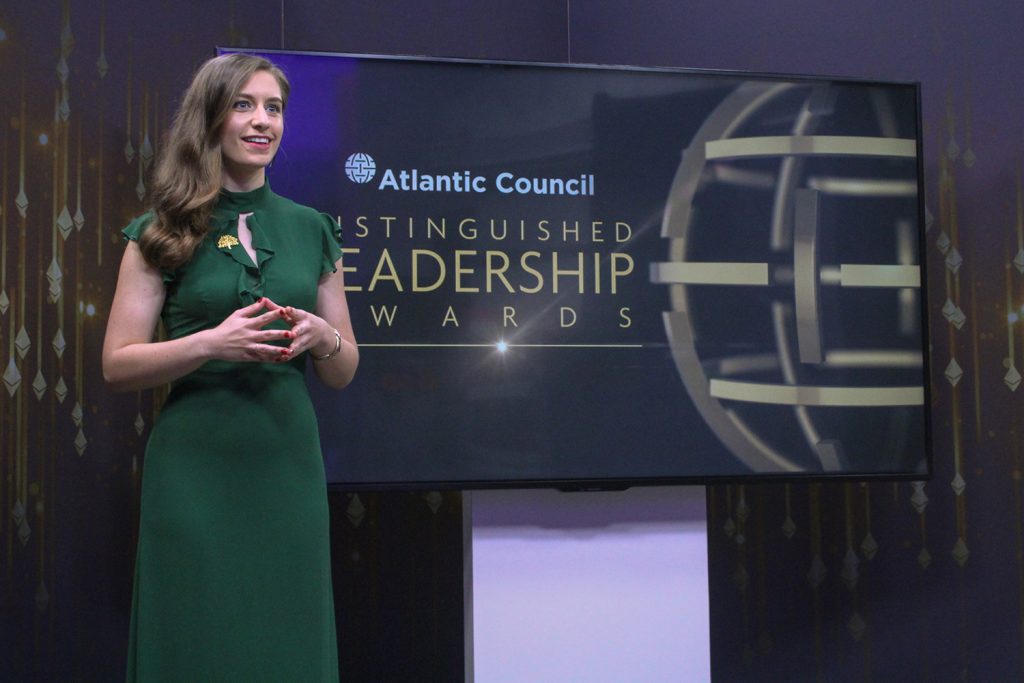 The awardees “exemplify [the] leadership, vision, and character needed to navigate one of the most uncertain and volatile geopolitical environments ever faced by the United States, Europe, and our allies worldwide,” Atlantic Council Chairman John F.W. Rogers said. “Representing a range of backgrounds and experiences and career paths,” Rogers continued, the honorees are also “bound together around a central theme and common cause to make the world a safer, more secure planet for its global citizens, bringing with it more widely shared prosperity and opportunity.”

The Council also celebrated the life of the late General Brent Scowcroft, a two-time US national security advisor and chairman emeritus of the Atlantic Council, and highlighted several “Unsung Heroes” who have helped their communities and countries weather the storm of COVID-19.

Atlantic Council President and CEO Frederick Kempe remarked that the all-virtual gala—where dinner tables were replaced with digital rooms and acceptance speeches were given over Zoom rather than at a podium—demonstrated “what we’ve witnessed at the Atlantic Council since we began telework in mid-March, and that is the Atlantic Council’s consistency of purpose and trajectory of innovation.”

Here is a look at the evening’s highlights:

Lionel Richie: Advocating for people who “need a voice”

Remembering one of Washington’s finest

Watch our celebration of Unsung Heroes: