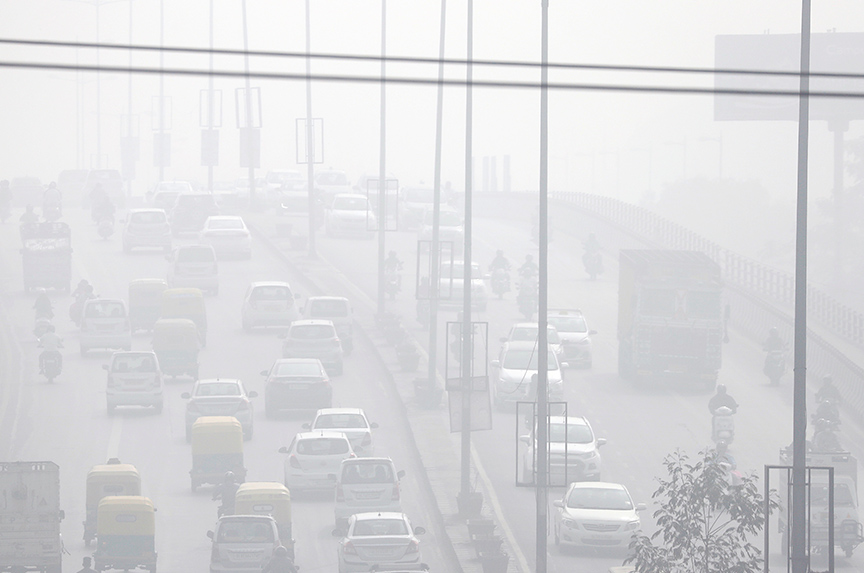 As signatories to the Paris Climate Agreement meet in Bonn for COP23—and new forecasts show an increase in CO2 emissions after three flat years—India’s efforts to transform its energy system are a key focus of attention.

As the world’s second-largest coal consumer and third-largest carbon emitter, India’s policies and actions are critical to the future global emissions trajectory. India is also the world’s third-largest primary energy user and the largest user of non-commercial biomass. Its energy consumption has been growing at over 5 percent a year and demand will continue to increase as urbanization, income, and population increases.

In facing these pressures, the Indian government is confronting three formidable challenges: (1) assuring security of its growing energy imports; (2) providing reliable and affordable energy for economic growth and improved energy access for over 300 million people who are without modern energy; and (3) reducing pollution and environmental resource degradation.

At an Atlantic Council meeting in Bangalore in November, participants noted that while domestic oil production is flat or declining, India’s crude oil imports exceeded 4 million barrels per day in 2016, making it the world’s third-largest importer of crude oil. Although lower oil prices have reduced the economic impact of growing imports, they have also had a negative impact on the balance of payments.

In addition, India has become more dependent on oil imports from the volatile Middle East. As the United States and European nations lifted sanctions on Iran as a consequence of the nuclear deal, the Islamic Republic ramped up production and India ramped up Iranian oil imports.

As the United States seeks to strengthen its strategic relationship with India, it is ironic that India has become more dependent on Iran, a country that the United States has singled out for its support for terrorism and instability in the Middle East.

The world’s fourth-largest LNG importer, India also relies on Qatar for 62 percent of its LNG imports. Qatar is in the midst of a crisis with Saudi Arabia, the United Arab Emirates, Bahrain, and Egypt cutting off diplomatic ties and imposing trade and travel bans to protest the tiny Persian Gulf nation’s ties to Iran and purported support for terrorism.

Although natural gas plays a relatively small role in India’s primary energy mix, demand grew by 9 percent in 2016. As India seeks to diversify its LNG import sources, imports from the United States are increasingly an option.

While the Indian government is moving to diversify its energy mix, coal remains the dominant primary energy source at 56 percent of total primary energy consumption.  In the power sector, coal-fired capacity accounted for 61 percent of the total installed capacity of 302 GW in March 2016. Recent policy announcements have indicated that the Indian government may not approve new coal power plants after 2022. Studies suggest that adequate capacity will exist without the need for coal plants beyond the 50 GW now under construction, while the falling cost of renewables has undercut the economic case for new coal plants.

One of the signature initiatives of Indian Prime Minister Narendra Modi’s government is its target of building 175 GW of renewable energy capacity by 2022, a bold plan that calls for the addition of 100 GW of solar, 60 GW of wind, 10 GW of biomass, and 5 GW of small hydro.  Given the $150 billion price tag for this plan, India will have to considerably ramp up investment from the current level of about $8-10 billion. Central and state institutions have launched large (as much as 1,000 MW) tenders or reverse auctions, which have seen very low bid price responses by investors (i.e. less than $40 per MWh).  This move away from feed-in tariffs—a policy mechanism that is designed to accelerate investments in renewable energy technologies—and the low prices have spurred state government interest in renegotiating power purchase agreements, a prospect that concerns investors.

Thus, while there are some promising developments, improvements in the regulatory and market framework and power sector institutions are needed to ameliorate the concerns of investors and attract more investment and increase electricity market and trading system efficiency. India continues to suffer high technical and commercial losses in the distribution companies in most states. Although substantial investments have been made by the Power Finance Corporation and others to address the problem, average losses are around 25-30 percent, revenues are below costs, and agricultural subsidies, which account for almost a quarter of total electricity consumption, are a major drag on the system. Soaring power demand in the urban areas and a growing middle class suggest that urban distribution utilities could be privatized, which could improve their commercial operations and mobilize capital to meet the expanding needs, as we have seen in a few examples in New Delhi and Mumbai.

Pollution and the environment

India’s air pollution problems have made headlines as a toxic smog enveloped New Delhi forcing United Airlines to cancel flights in November. Air quality is deteriorating in many Indian cities as traffic congestion, coal and biomass burning, and atmospheric conditions combine to cause serious health threats.  Alarmingly, India is still less than 40 percent urban and urbanization is expected to continue for decades.

Urban and rural pressure on water resources is growing and may present an even greater problem than energy in the future. The Indian government has stepped up its energy efficiency efforts and has introduced electric vehicles and rooftop solar systems. While Modi’s emphasis on smart cities has received much attention, basic improvements in water and waste utilities and services, reducing electricity losses, and increasing vehicle efficiency need to receive greater attention from central and municipal authorities.

Much has changed since the Paris Climate Agreement was signed in 2016. India has shown a serious commitment to transforming its energy mix and reducing emissions. It also seems likely to exceed its Paris goal of having 40 percent of its total electricity capacity be non-fossil fuel energy by 2030.

The dramatic fall in solar energy costs is changing the official calculus on investment priorities. International investors are demonstrating increased interest in the Indian solar and wind markets, and green bonds are beginning to be offered by state and private financial institutions.  But balancing energy security, economic growth, poverty reduction, and environmental interests will require even greater efforts and better coordination at both the federal and state level.

Robert F. Ichord is a nonresident senior fellow with the Atlantic Council’s Global Energy Center. He is a former deputy assistant secretary for energy transformation in the State Department’s Bureau of Energy Resources.