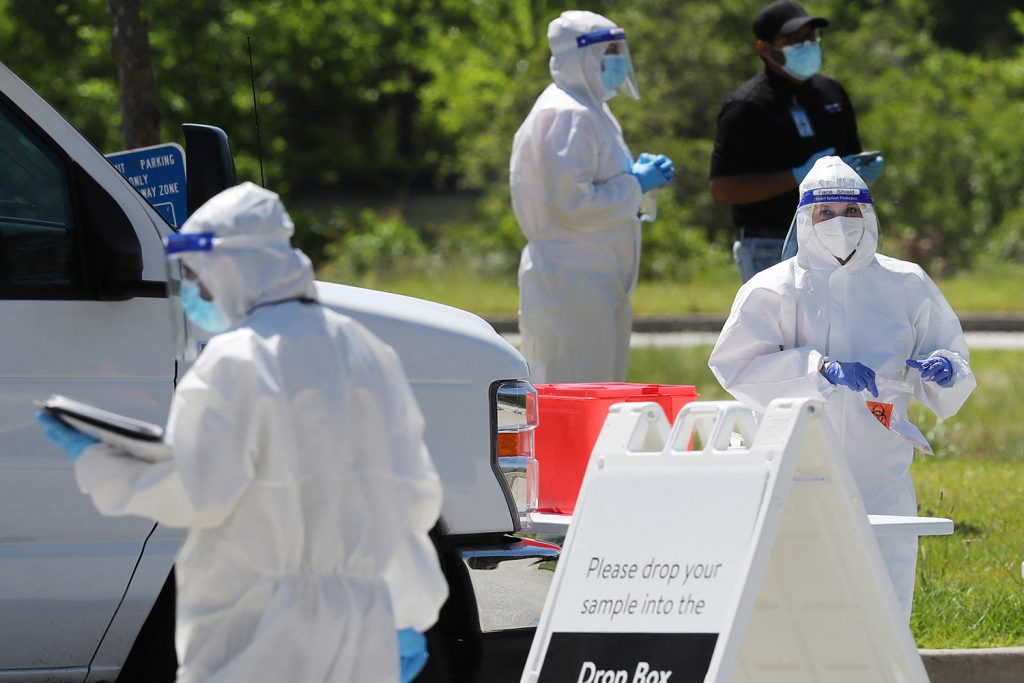 While policymakers struggle to determine when and to what extent to reopen their economies as the novel coronavirus (COVID-19) pandemic continues, widespread accurate testing could provide a roadmap out of the crisis. Testing “is really the only way out without having a vaccine or an easy therapeutic…to reopen parts of our economy and [stop] the ricocheting between either being shut down and therefore safe, or being active in the economy and therefore in tremendous risk for rebound,” according to Dr. Rajiv Shah, president of the Rockefeller Foundation and former administrator of the United States Agency for International Development.

The need for massive testing led the Rockefeller Foundation to release a National COVID-19 Testing Action Plan on April 21, which Shah explains aims to move US testing capacity from 1 million tests per week to 3 million per week within eight weeks, followed by an increase to 30 million tests per week in the next six months. This “1-3-30 plan,” Shah argued, would allow policymakers to “safely reopen parts of the economy for essential work” in the short-term, while putting the country on the path to larger activity by autumn.

According to Shah, who spoke at an Atlantic Council Adrienne Arsht-Rockefeller Foundation Resilience Center virtual event on April 28, the plan would focus on bringing together “the somewhat fragmented and cottage industry that is the lab sector in America.” He explained that “two-thirds of America’s molecular testing capacity resides in university labs, research labs, and small labs that are really not part of the national [Centers for Disease Control – CDC] diagnostic and surveillance system. That molecular testing capacity needs to be brought online urgently and those labs need to be part of the strategy to bring us from 1 to 3 million in just eight weeks time.”

In order to activate this testing capacity, labs need the support of the federal government, Dr. Michael Pellini, managing partner of Section 32, argued, as “the diagnostic industry is one that in many ways has been left behind,” in regulatory and financial terms. According to Pellini, diagnostic tests account for 1 to 2 percent of US healthcare spending despite guiding “80 percent of medical decisions.” Labs desperately need financial backing to procure the equipment needed for COVID-19 testing, he explained. “Today we have thousands of laboratories and thousands of organizations fighting with each other to see if they can get swabs, kits, and various reagents. That is simply not going to work,” he said.

The Rockefeller plan urges the federal government, philanthropic foundations, and banks to provide “an emergency procurement facility so that labs, cities, and states can come together and place larger, longer term orders” of equipment without the potentially huge financial risk, especially for smaller labs. Such bulk buying would also effectively communicate to suppliers “what the actual need and demand is,” which would help inform investment and increasing capacity decisions, Shah added.

Additionally, a stronger data-sharing platform is needed so that testing labs and healthcare providers can better communicate. Pellini explained that right now some labs in the country have weeks-long backlogs, while others are sitting with extra capacity just miles apart, as healthcare providers often “don’t have visibility into the system” to see where to send tests. Pellini said the Rockefeller plan includes a provision to set up dashboards to help “match up capacity and demand on a daily basis.” Pellini was confident that just activating and effectively using the testing capacity of existing labs would help the United States increase its testing capacity to nearly 2.5 million tests per week quickly.

An increase in capacity will help cities and state governments shift the focus of testing from symptomatic patients to asymptomatic ones, which City of Miami Mayor Francis Suarez argued is crucial for policymakers as they attempt to judge the effectiveness of social distancing measures. Suarez himself was diagnosed with COVID-19 in mid-March, despite never showing symptoms. “The fact that I was asymptomatic but tested positive highlighted for me the necessity for broad scale testing,” Suarez said, who acknowledged that if he “had not been tested, I certainly would have infected my family” and could have “infected multiple people in our government which could have created a mass contagion.”

Suarez reported that in Miami “if you are symptomatic you are basically guaranteed a test for free and you will get it essentially next day,” but said that the city is reaching the “point where we are graduating from [only] symptomatic tests to asymptomatic tests.” He agreed with Shah and Pellini that federal backing of state and cities for testing, including reimbursements for tests, would allow them to “absolutely be able to test at a much, much greater scale,” including “those who have tested positive,” so that they can be assured that they are no longer spreading the virus.

Contact tracing will also be critical to allowing more of society to open up, as those who have come in contact with potential positive cases are identified and instructed to quarantine and get tested. Shah argued that organizations like the Corporation for National and Public Service and the Peace Corps have thousands of personnel who could be easily deployed to serve as contact tracers, a number that could be buffeted by reaching out to unsuccessful applicants for both programs.

Shah noted that technical innovations will be key to achieving greater testing levels in the medium term, especially for the ability to test at home and receive results almost instantaneously. He noted that during the Ebola epidemic in Africa, the US government’s “top priority was getting the timeline to get a confirmation of a positive diagnostic test from nine days to less than four hours.” Once that test was achieved, he explained, there was a “steep and rapid decline” in the spread of the disease and “most of the capacity that we built to treat Ebola patients went completely unused.”

But while the development of a vaccine or a therapeutic drug to directly combat the virus are reliant on research and painstaking trial and error, Pellini argued that “the diagnostic challenge is not necessarily one of innovation,” but rather is “actually one of coordination, financing, and partnership,” that should be more than doable for the United States. While some may have initially balked at the estimated $100 billion that the Rockefeller Foundation plan would cost, Shah pointed to the trillions of dollars of stimulus passed by the US Congress as evidence that “the country is going to and needs to spend these resources. It is about doing it well and a coordinated way.”

Although the timeframe for a potential vaccine remains at least a year out, the Rockefeller Foundation’s plan shows how the situation can turn around dramatically in just weeks. But it will depend on all levels of government and society acting decisively and together towards this common goal.