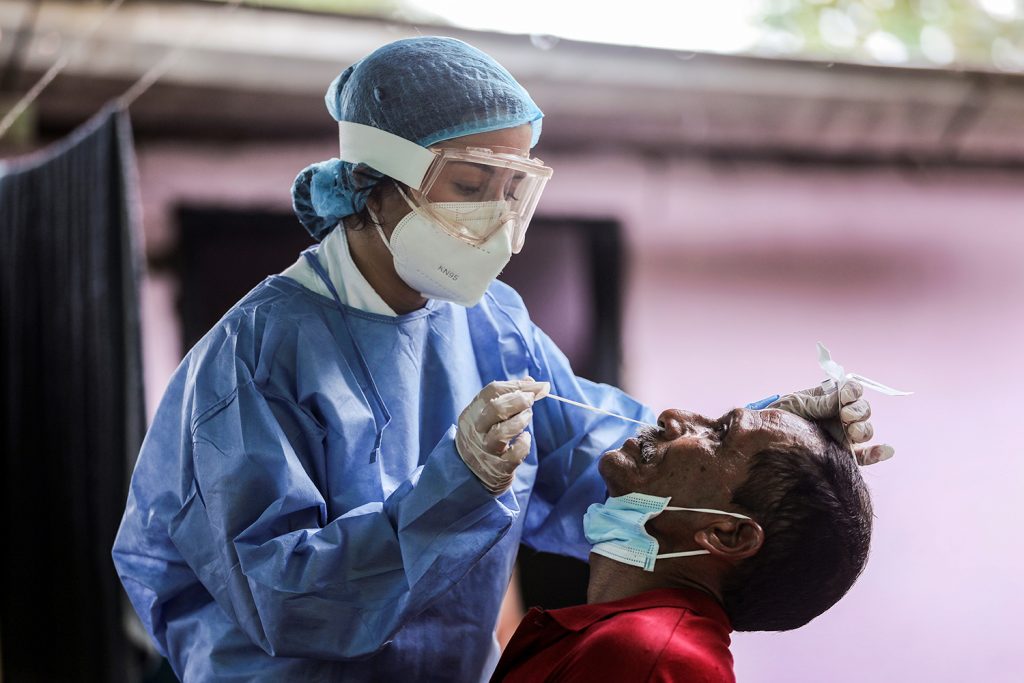 On the eve of the two-hundredth anniversary of diplomatic ties between the United States and Colombia, there is “good momentum to strengthen the bilateral relationship,” says Colombian President Iván Duque.

US President Joe Biden will further strengthen ties between Washington and Bogotá, Duque said, especially in regard to one particular issue: the rising influx of refugees arriving in Colombia from neighboring Venezuela in what he called “the biggest migration crisis in the world today.”

Cardin agreed with Duque and added that the US-Colombia friendship “represents one of the most successful foreign-policy partnerships that any two countries can point to around the world.”

“When we look at what we’ve been able to accomplish together over the past twenty years, it’s with great pride,” said Cardin. “And we say that recognizing that we see backsliding on democratic institutions in far too many countries in our own hemisphere. But we see Colombia moving forward in strengthening its democratic institutions.”

But Blunt cautioned that “we still need to work on being sure we don’t have obstacles” in the relationship like tariffs. “I think we need to treat our great strategic partner, Colombia, [with] the highest level of equity as the great partner they are when those things [come] up.”

Duque said he hopes to execute a new joint action plan with the Biden administration. This, he suggested, could mark “a new chapter in bilateral relations” based on security, democratic values, trade, investment, and coordinated efforts to fight climate change.

Duque outlined how Colombia has transformed recently, including with advancements in the energy transition and in high tech, with the support of the United States. He also identified several goals for Colombia in 2021 including vaccinating 70 percent of the Colombian population, encouraging a safe economic recovery, and achieving a sustainable social transformation by making pandemic-related social programs permanent.

With nearly 2.4 million infections and over 62,000 deaths so far, Colombia has acutely felt the impact of the pandemic. However, Duque said his country is today in “much better shape than other countries” in the region and even the world, including those with higher per-capita incomes than Colombia.

In addition to increasing its number of intensive-care units, Colombia has bought COVID-19 vaccines from Pfizer/BioNTech, Moderna, Sinovac, Johnson & Johnson, and Oxford-AstraZeneca. At the time of his appearance, Duque said that the government has already administered 1.3 million shots and hopes to reach 150,000 a day by April 17.

While Duque praised Biden for rejoining the World Health Organization and joining the COVAX Facility—the program through which Colombia has agreed to purchase twenty million vaccine doses—he also criticized the unequal distribution of vaccines around the world.

“We have countries that have bought vaccines, but they haven’t been able to receive [any], not even one. And obviously that has to change,” he said, pointing out that meanwhile, “some countries have bought four or five or six times the size of their population in vaccines,” disrupting the market.

“I am very optimistic that… what we’re going to have is an oversupply and not what we have today,” Duque said. But he added: “It might be too late for many countries, because definitely there are people who are taking advantage politically to create social unrest due to the circumstances of the lack of provision of vaccines.”

From the US perspective, Blunt said “we need to do our best to be sure that we’re assisting our friends in Colombia with vaccines that are available.” He explained, “We don’t want other countries, who don’t have the friendly intentions that we have, coming in and providing vaccines to Colombia. One, some of these countries never quite provide the vaccines that the initial discussion says they’re going to provide. And two, it needlessly puts a foot in the door of a country that’s dedicated to democracy, of a country that’s really working to have the rule of law, to help grow their economy.”

In February, Duque granted temporary protection status (TPS) for ten years to all Venezuelans in Colombia. Duque said that at present, Colombia hosts 32 percent of the estimated 5.4 million Venezuelan migrants and refugees who have fled deteriorating conditions at home.

Duque said that granting TPS to these 1.8 million migrants means they’ll have access to formal employment opportunities and essential services like healthcare and the COVID-19 vaccination program.

The Venezuelan humanitarian crisis amounts to “the biggest migration crisis in the world today,” said Duque, who added, “We have decided to embrace this challenge with fraternity and with a humanitarian sentiment.”

Cardin called the decision to grant TPS “a real model for the global community,” adding that “the long-term benefits will be in regard to the relationship between your two countries. But I think the people of Venezuela see that peace and prosperity in Colombia needs to be duplicated in Venezuela.”

Duque highlighted the Biden administration’s decision to grant TPS to almost 400,000 Venezuelan citizens on US soil, but he also urged US companies, especially those working in information technology, to nearshore in Latin America where labor costs are lower than they are in the United States. He explained that migrants crossing both the US-Mexico border and the Colombia-Venezuela border do so in search of better economic opportunities and that nearshoring may increase opportunities for these migrants in their home countries. “If there is a strategic nearshoring of those investments in Latin America, it can be a way to contain massive migration to the United States,” he said.

Image: A member of the Colombian Red Cross medical team takes a swab sample to be tested for the coronavirus disease (COVID-19) from a Venezuelan refugee who fled his country due to military operations, in Arauquita, Colombia March 28, 2021. REUTERS/Luisa Gonzalez