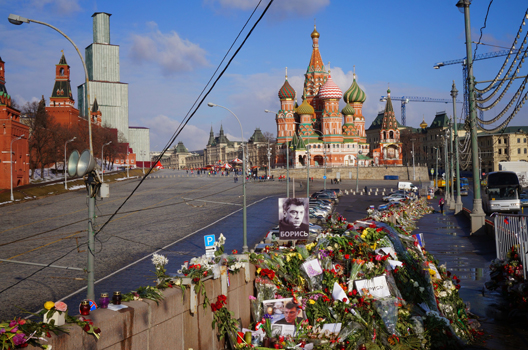 Criteria for the US Administration’s “Kremlin Report”

On August 2, 2017, US President Donald J. Trump signed H.R. 3364, Countering America’s Adversaries Through Sanctions Act (CAATSA), into law. Section 241 of the Act calls on “the Secretary of the Treasury, in consultation with the Director of National Intelligence and the Secretary of State” to submit to Congress a detailed report—with the option of making part of it classified—including “identification of the most significant senior foreign political figures and oligarchs in the Russian Federation, as determined by their closeness to the Russian regime and their net worth.” Section 241 mandates that the report address the relation of these persons with Russian President Vladimir Putin, and identify their corruption, estimated net worth, and known sources of income. The section also poses similar questions about Russian parastatal entities of diffuse ownership but serving the state. The Kremlin Report, as it might be termed, is due on or around February 1, 2018.

Section 241 has generated intense interest, even anxiety, within Moscow’s political and business classes, more so than any other section of H.R. 3364. It is clear why. Speculation is abundant in Moscow about who among political figures, oligarchs, and others may be listed, and what that might mean for them, for Russia’s ruling political and business elite in general, and for Russia’s already beleaguered standing in the West.

These anxieties suggest that the Kremlin Report can serve US, Western, and genuine Russian interests in two ways:

First, it can signal to the current Russian political and business classes that, as individuals, their interests would best be served by maintaining a distance from the Putin regime. It also may indicate that these groups would be better off if the Russian leadership refrained from starting new aggressive wars or attacking the political system of the United States and other democratic countries, as it did during the 2016 US presidential campaign and subsequent elections throughout Europe.

Second, the Kremlin Report’s identification of corrupt individuals close to the Putin regime may expose them to increased scrutiny and potential action by those US government institutions enforcing US laws and regulations beyond sanctions, such as measures against money laundering and other financial malfeasance, e.g., Treasury’s Financial Action Task Force (FATF) and the Financial Crimes Enforcement Network (FinCEN), among others. That process could in turn lead to future actions to freeze the assets of corrupt individuals and, at the right point, legal processes to return ill-gotten assets to the Russian people.

Senior political figures, oligarchs, and parastatal entities constitute what we may call members of the Russian ruling elite. Section 241 stipulates several metrics to be used in the identification of them. We note two:

We, therefore, suggest that in compiling the report, the US administration apply the following three criteria:

Earned wealth in itself should not be regarded as objectionable. Russians who have pursued the American (indeed, universal) dream of personal enrichment through outstanding entrepreneurship should be appreciated, not penalized. Further, formal rank is not dispositive. As the Panama Papers have revealed, often the big crooks are little known and have no official rank.

It is critical that persons are named in the Kremlin Report only on the basis of reliable information. Fortunately, the Kremlin political class, Putin, his friends, and their businesses have been extensively studied by credible researchers. The sources are many and the possibilities to cross check them for quality are ample. Plenty of disinformation exists, but with sufficient knowledge of how to assess sources, disinformation can be disregarded.

What Categories Should the Kremlin Report Include?

Applying the criteria discussed above, the senior political figures, oligarchs, and parastatal entities in the Russian Federation linked to the Kremlin—those people intended to be listed in the Kremlin Report—are best grouped into seven categories:

1.     Senior political figures, parastatal entities, or business people responsible for aggressive, corrupt, or criminal operations within and outside the Russian Federation as noted above.

2.     Putin’s close circle of contemporary friends from St. Petersburg, with whom he has done business since the early 1990s. They are commonly called his cronies and are well identified.  The US government and European Union (EU) have already designated a number of them in the Ukraine-related sanctions;

3.     Golden children.  To a considerable extent, cronies have transferred their wealth to their children, who in some cases have become top executives. These people appear to have become full-fledged cronies in their own right;

4.     Personal friends of Putin who hold considerable wealth for him. Some have been revealed by the Panama Papers and Russian Forbes;

5.     The popularly-acclaimed “oligarchs,” who are big businessmen profiting greatly from direct business with the Kremlin. Some of these individuals are co-owners of companies with cronies. Others have operated as fronts for Kremlin leaders.

7.     The relevant parastatal entities that are companies owned by the people noted in category six.

Preparation of the Kremlin Report will be a labor-intensive project.  It is worth the effort because, among other things, it would demonstrate that whatever speculation exists to the contrary, the Trump administration, like previous US administrations, will respond with determination to counter Russian aggression against the United States, our European allies, and Russia’s neighbors—Ukraine and Georgia. Thus far, the administration appears to be taking Russia sanctions seriously, judging by the guidance for CAATSA implementation, which it recently issued.  It is our hope, and expectation, that the administration will show the requisite commitment to preparation of a strong, credible report as called for by CAATSA’s Section 241.

Anders Åslund is a senior fellow in the Atlantic Council’s Dinu Patriciu Eurasia Center. He is a leading specialist on economic policy in Russia, Ukraine, and East Europe. He has served as an economic adviser to several governments, notably the government of Russia (1991-94), and he has published fourteen books, including three about Russia’s economic reforms.

Daniel Fried is a distinguished fellow at the Atlantic Council’s Future Europe Initiative and Dinu Patriciu Eurasia Center. In the course of his forty-year Foreign Service career, he played a key role in designing and implementing American policy in Europe after the fall of the Soviet Union. Ambassador Fried helped lead the West’s response to Moscow’s aggression against Ukraine starting in 2014: as State Department coordinator for sanctions policy, he crafted US sanctions against Russia, the largest US sanctions program to date, and negotiated the imposition of similar sanctions by Europe, Canada, Japan, and Australia.

Andrei Illarionov is a senior fellow at the Cato Institute’s Center for Global Liberty and Prosperity. From 2000 to December 2005, he was the chief economic adviser of Russian President Vladimir Putin.

Andrei Piontkovsky is a visiting fellow at the Hudson Institute and senior adviser to the Free Russia Foundation. He is the author of several best-selling books on the Putin presidency in Russia, including, Another Look Into Putin’s Soul.

Image: Flowers were laid at the site where Russian opposition leader Boris Nemtsov was assassinated in Moscow on February 27, 2015. Nemtsov was a prominent critic of Russian President Vladimir Putin. (steven_n_maher, Flickr)