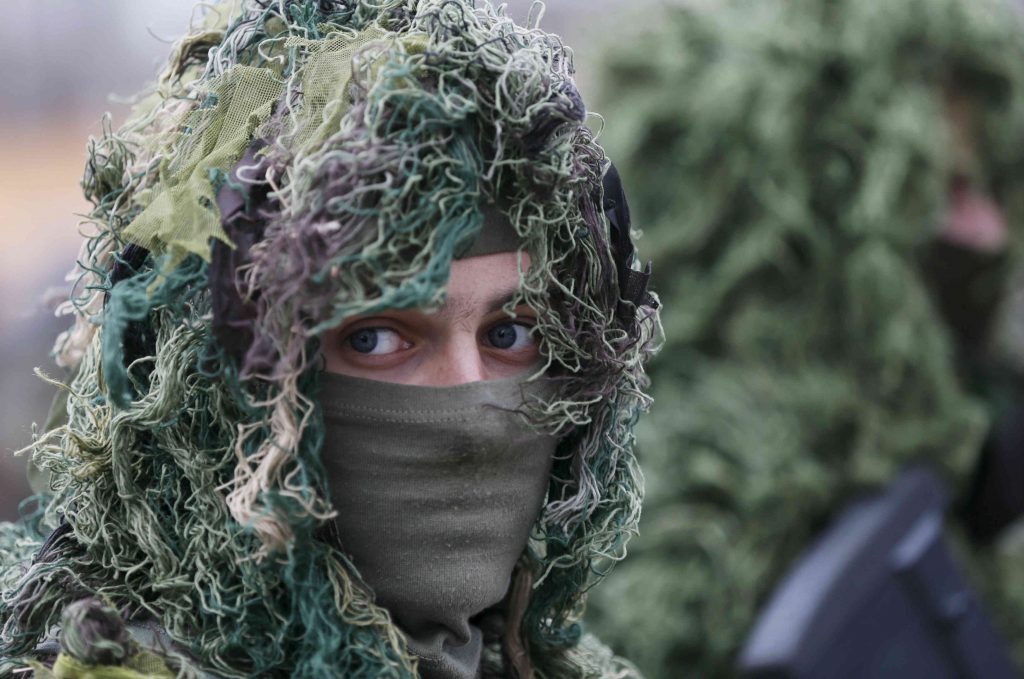 A sniper of Ukraine's National Guard attends an opening ceremony of a sniper's training center at the Guard's training base near Kyiv, Ukraine, March 18, 2016. REUTERS/Valentyn Ogirenko

A main reason for the recent escalation of tensions in Eastern Europe is the absence of an effective security structure encompassing such militarily weak countries as Moldova, Georgia, and Ukraine. While Ukrainian public opinion has recently made a U-turn from a rejection to an embrace of NATO, the Alliance will not be ready to extend its commitments farther east anytime soon. Although future enlargement of the Alliance is possible, Ukraine’s confrontation with Russia as well as Moscow’s anti-Western stance would have to decrease significantly for that to happen. Recently, the opposite tendency was on display: The more aggression the Kremlin has shown, the less likely it is that the North Atlantic Council will open its doors to new members in conflict with Moscow.

Against this background, the best bet for Ukraine (and Georgia and Moldova) might be to work toward the revival of an old Polish plan called “Intermarium”—an alliance of the countries located between the Baltic and Black Seas. After World War I, Poland and other newly independent states found themselves in a fragile situation between the Russian/Soviet empire and Germany. This led to the idea of a coalition of the lands of what is in Germany called Zwischeneuropa (in-between Europe). Never implemented in the twentieth century, an Intermarium today could help embed countries like Ukraine in an international security structure. Such an idea is not only popular in Ukraine but also in Poland, where President Andrzej Duda recently brought it up.

To be sure, the original concept of Intermarium is no longer applicable or even necessary today. It once described a federation of East-Central and Southeastern European states covering a variety of fields, including trade, infrastructure, economy, and science. The EU’s enlargement, its stabilization agreements in the western Balkans, and its association agreements for its eastern partners address most of these issues. While not containing an accession promise, the latter treaties imply a gradual process of ever-deepening inclusion of Ukraine, Moldova, and Georgia into the European Union’s economic, political, normative, and legal spheres. These association agreements, as well as the Eastern Partnership and other special programs, already link or will soon link Chisinau, Kyiv, and Tbilisi in a variety of ways to the member countries of the EU.

Yet these EU programs and other international institutions do not address Georgia’s, Moldova’s, or Ukraine’s basic security challenges. Therefore, they should be connected with an Intermarium designed as a regional organization for mutual defense against Moscow. Such cooperation is already taking place on a bilateral and sometimes multilateral basis between, for instance, Ukraine, Poland, and Lithuania. In general, there is much common ground between the post-Soviet republics of the South Caucasus, Eastern Europe, and Baltic states leading already to significant cooperation today. Potential member countries of an Intermarium may include Azerbaijan, Bulgaria, Estonia, Georgia, Latvia, Lithuania, Moldova, Poland, Romania, and Ukraine. In Slovakia, the Czech Republic, and Hungary, future domestic political change could create support for their participation in an Intermarium. Moreover, such a pact would benefit from considerable sympathy throughout Scandinavia and the western Balkans.

Moscow’s attack on Ukraine has only intensified existing feelings of mutual solidarity between these nations—whether they are in or outside NATO. Russia’s annexation of Crimea in March 2014 also brought Turkey into the game, as the Crimean Tatars are closely related to the Turks and strongly resisted their inclusion into Russia. The fate of Crimea’s indigenous Turkic population touches on a sour point in the history of Russian-Turkish relations. Over the last twenty-five years, the Crimean Tatars have turned into ardent supporters of Ukraine as a sovereign state and hospitable home to ethnic minorities. Since late 2015, the Kremlin’s intervention in Syria, economic sanctions, and bellicose rhetoric against Turkey have seriously damaged relations between Moscow and Ankara. Turkey is already tied to Azerbaijan, one of the potential member countries of the Intermarium, through their Agreement on Strategic Partnership and Mutual Support, and has recently upgraded its cooperation with Ukraine. Thus, Ankara also might be persuaded to join.

Berlin, Brussels, and Washington should view the Intermarium not as a competitor or nuisance, but as a chance to achieve a provisional but encompassing security structure for Eastern Europe and the Black Sea region. During the coming years, NATO and the EU will not be able or willing to provide plausible security assurances to the nations of Zwischeneuropa and the South Caucasus. Against this background, a mutual aid pact between them and their NATO friends is Ukraine’s second best option to achieve some international embeddedness. By promoting the creation of an Intermarium, the West would outsource some thorny questions in its dual role as ardent foreign democracy promoter and hesitant European security provider.

Andreas Umland is Senior Research Fellow at the Institute for Euro-Atlantic Cooperation in Kyiv and general editor of Germany-based book series Soviet and Post-Soviet Politics and Society distributed outside Europe by Columbia University Press.