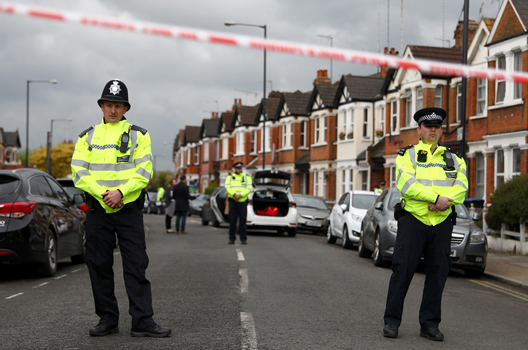 As the United Kingdom (UK) proceeds with negotiations to leave the European Union (EU), it must account for mounting security concerns regarding the potential drop-off in shared intelligence with EU countries.

A recent report published by the UK’s House of Lords EU Home Affairs Sub-Committee concluded there will be a “barrier” to security if data transfers between EU nations and the UK are obstructed after Brexit, which would negatively impact the national security and counter terrorism efforts of not only the UK, but EU member states as well.

In recent years, especially after the attacks in Brussels, Paris, Nice, and Berlin, there has been more cooperation within the EU to keep European citizens safe, highlighting both the growing importance and validity of intelligence sharing. The most recent attack in Barcelona on August 17, when a vehicle driven through crowds of pedestrians killed twelve and injured eighty, only underscores the growing need for collaboration in counterterrorism efforts throughout Europe. As a result, the UK needs to make the reconciliation between its security system and that of the EU a priority in the Brexit negotiations, working hard to secure the best UK-EU intelligence-sharing arrangement possible.

Intelligence sharing supports police and other authorities who respond to terrorism. Former UK Metropolitan Police Chief Commissioner Lord Paul Condon has said that losing access to the EU’s intelligence data would hinder the ability of UK police to fight terrorism, drug dealing, smuggling, and crime in general. According to Condon, unless a post-Brexit UK can establish an intelligence sharing system that mirrors the one currently in place, British citizens will be less safe after their departure from the EU.

Currently, as part of the EU, the UK both contributes to and benefits from the EU Intelligence Analysis Centre (EU INTCEN). INTCEN data is based on intelligence gathered from EU member states’ own intelligence and security services. This exclusive information includes analytical products, such as: long-term strategic papers, threat assessments for particular EU member states, and various intelligence reports. All of this strategic analysis is open to EU decision-makers, as well as leaders of all member states.

Europol, the EU’s law enforcement agency, also plays a critical role in facilitating and utilizing intelligence-sharing structures among EU member states. In January 2017 Europol released a statement saying information-sharing on counter terrorism in the EU had reached an all-time high. With the launch of Europol’s European Counter Terrorism Centre (ECTC) in January 2016, Europol’s counter terrorism efforts have led to an increase in the exchange of information and analysis, as well as coordination of operational support among EU member states.

As a result of increasing collaboration with regard to shared security concerns, Europol has noted a significant increase in trust and awareness among law enforcement agencies in EU member states, leading to an increase in new leads for investigation and the identification of new targets. Sir Julian King, European commissioner for the security union, noted that after the terror attacks in France, Europol was able to offer 800 intelligence leads, as well as over 1,600 leads on suspicious financial transactions. With heightened security concerns after attacks throughout Europe, there is pressure to even further improve the exchange of information within the EU. Should the UK forfeit access to such a network, its counter terrorism and security systems would be severely weakened.

Despite this reality, there are those who downplay the effectiveness of intelligence sharing between EU member states, citing the need for control of information on a national level. Jean-Marie Delarue, a former French intelligence official, commented: “Is it not in the nature of intelligence agencies to keep the information for themselves? Information is power. In intelligence, one only has enemies, no friends.” Countries want to safeguard their intelligence, and are occasionally reluctant to share their information.

This is especially evident with regard to data sharing for security purposes. Key findings of the EU Home Affairs Sub-Committee report conclude that the best way for the UK to gain access to “unhindered flows of data,” pertaining to European security is to secure “adequacy decisions” from the European Commission. Adequacy decisions, as outlined under Article 45 of the European Commission’s General Data Protection Regulation, allow for the transfer of data to a third country or international organization once the Commission has decided that that country or organization in question has ensured an adequate level of data protection. These decisions would confirm that the UK’s data protection rules, as they are adapted in the wake of Brexit, are on par with those used throughout the EU, thereby allowing for the continued transfer of information pertaining to security concerns between the UK and the EU.

Should the EU update its data protection rules in the future, the UK would have to once again align its domestic rules to those of the EU to maintain the rights to data-sharing with EU member states. Consequently, the report stressed the importance of the British government securing a continual role for the UK on the European Data Protection Board, the body responsible for the maintenance of such guidelines.

However, like many of the issues Britain must tackle in the Brexit negotiations, little information has been given as to how the UK plans to approach an intelligence-sharing arrangement in the wake of its split from the EU. This lack of information may be linked to UK Prime Minister Theresa May’s position regarding the European Court of Justice (ECJ). May has called for an end to the UK’s involvement with the ECJ after Brexit, making the issue non-negotiable in the separation talks.

For May, the issue of the UK’s involvement with the ECJ appears to be one of sovereignty. In a speech early in 2017 she said: “We will take back control of our laws and bring an end to the jurisdiction of the European Court of Justice in Britain…because we will not have truly left the European Union if we are not in control of our own laws.”

Leaving the ECJ would mean the UK would lose access to EU organizations, like Europol. Consequently, until May and her government establish how the UK will engage with the ECJ, if at all, the prospects of intelligence sharing will remain uncertain. Despite May’s position on the issue, many in the British government have voiced their opposition to this “red line,” acknowledging the importance of remaining a part of, or close to, these EU institutions.

Should a change in the UK-EU intelligence sharing arrangement occur post-Brexit, it would not only negatively impact the UK, but it would also have an adverse effect on the EU. The UK is currently the largest contributor to Europol, therefore if the UK were to walk away from the law enforcement agency the EU would lose out on crucial intelligence.

In addition, European nations greatly benefit from the intelligence the UK contributes through the “Five Eyes” intelligence alliance, comprised of the UK, the United States, Canada, Australia, and New Zealand. The UK exerts a great deal of influence within Europol structures—not just in intelligence sharing, but operationally as well. If the UK and EU do not negotiate their separation carefully, the UK will not be the only nation to suffer from weakened security systems.

It is imperative that the UK work with the EU throughout Brexit negotiations to secure an intelligence-sharing arrangement that will enhance the national security of both parties. Cutting ties with the ECJ, and by default Europol, would be May’s mistake, with far-reaching ramifications. Doing so would hamper the ability of British police and security services to do their jobs, making British citizens, residents, and visitors less secure. Since intelligence-sharing efforts between London and Brussels are mutually beneficial, the UK’s withdrawal from the ECJ and Europol would negatively impact citizens in other European countries as well.

Elizabeth Ball is a communications intern with the Atlantic Council’s Brent Scowcroft Center on International Security. You can follow her on Twitter @elizacball.

Image: Police officers stand next to terraced housing in Harlesden Road, north London April 28, 2017. British counter-terrorism police said on Friday they had thwarted an active plot after a woman was shot during an armed raid on a house in north London in the second major security operation in the British capital in the space of a few hours. (RETUERS/Neil Hall)