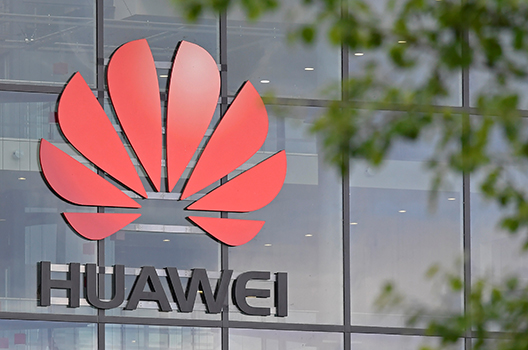 US President Donald J. Trump on May 15 declared a “national emergency” that gives his administration the power to prevent US companies from doing business with foreign suppliers, including, potentially, Chinese telecommunications giant Huawei. The decision is likely to exacerbate tensions with China with which the United States is currently engaged in a trade war marked by tit-for-tat tariffs.

In an executive order, Trump wrote: “foreign adversaries are increasingly creating and exploiting vulnerabilities in information and communications technology and services… in order to commit malicious cyber-enabled actions, including economic and industrial espionage against the United States and its people.”

“Although maintaining an open investment climate in information and communications technology, and in the United States economy more generally, is important for the overall growth and prosperity of the United States, such openness must be balanced by the need to protect our country against critical national security threats,” he added.

While Trump’s order does not specifically name Huawei, the United States, Australia, and New Zealand—three members of the Five Eyes intelligence-sharing community—have all blocked domestic firms from using Huawei’s technology.

Huawei’s founder, Ren Zhengfei, is a former People’s Liberation Army (PLA) officer. US officials point to Ren’s ties to the PLA as further evidence of the national security risk posed by his firm.  China’s 2017 National Intelligence Act also requires organizations to “support, co-operate with and collaborate in national intelligence work.”

“Whether Huawei constitutes a national emergency or not, President Trump is correct to recognize the threat companies like Huawei pose to US national security,” said Jamie Metzl, a nonresident senior fellow in the Atlantic Council’s Scowcroft Center for Strategy and Security.

“Huawei is an admitted thief of the intellectual property rights of US companies and, like all major Chinese multinationals, has an internal Communist Party cell with the right to demand particular actions by Huawei’s corporate leadership,” Metzl said, adding: “It’s time for the world to recognize that in the context of China’s state capitalist model, major Chinese corporations must be seen as quasi-state actors and treated as such.”

Robert A. Manning, a senior fellow with the Scowcroft Center for Strategy and Security, said: “Trump’s move is a logical extension of the US campaign for 5G and against Huawei. It may be prudent, at least until a trade deal addresses technology issues.”

White House Press Secretary Sarah Sanders said in a statement: “The president has made it clear that this administration will do what it takes to keep America safe and prosperous, and to protect America from foreign adversaries who are actively and increasingly creating and exploiting vulnerabilities in information and communications technology infrastructure and services in the United States.”

The order authorizes the commerce secretary to block transactions involving communications technologies built by foreign firms that put US security at “unacceptable” risk. The order covers a broad range of information technologies.

“Chinese predatory mercantilism is running into roadblocks and not just in the United States,” said Manning. “In the long term, techno-nationalism is a risk to innovation on all sides.”

On April 12, Trump unveiled several initiatives to accelerate 5G network deployment in the United States. “Secure 5G networks will absolutely be a vital link to America’s prosperity and national security in the 21st century,” Trump said. He maintained: “The race to 5G is a race America must win, and it’s a race, frankly, that our great companies are now involved in.”

Chinese telecommunications firms, like Huawei, are poised to dominate this field because they offer inexpensive equipment for the 5G networks.

Despite a US campaign to dissuade allies from using Chinese technology, some countries have entertained the idea of doing so.

On May 1, British Prime Minister Theresa May fired Defense Secretary Gavin Williamson following the leak of a proposal discussed at a secret government meeting to allow Huawei a role in the United Kingdom’s new 5G wireless communications network.

In a speech in London on May 8, US Secretary of State Michael Pompeo, urging the British government not to work with Huawei, warned China wants to “divide Western alliances through bits and bytes, not bullets and bombs.”

Huawei has pushed back against the US campaign against its technology. The firm has filed a lawsuit challenging US government restrictions on the use of its products. “The US Congress has repeatedly failed to produce any evidence to support its restrictions on Huawei products,” said Huawei Rotating Chairman Guo Ping. “This ban not only is unlawful, but also restricts Huawei from engaging in fair competition, ultimately harming US consumers.”

Image: Signage is seen at the Huawei offices in Reading, Britain, May 2, 2019. (REUTERS/Toby Melville)