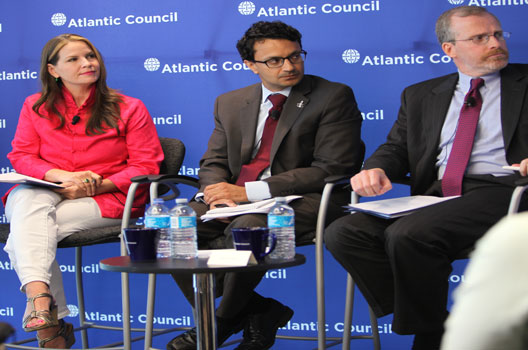 “This is a moment of great concern and crisis for world sport defined by human rights [negligence], corruption, and a lack of transparency, but this is something that the International Olympic Committee, FIFA (International Federation of Association Football), and other [international sporting foundations] need to embrace as an opportunity to close that gap between the motto of ‘higher, faster, stronger’ and the ugly reality on the ground,” said Minky Worden, director of global initiatives at Human Rights Watch.

“This gap between the aspirational words [of host countries to follow human rights conduct] and the possibilities of sport as a force for good is really what we need to close. We have to close that gap and we have to close it fast,” she added.

Brazil will host the 2016 Summer Olympic Games, which commence on August 5. Preparation for the month-long international event has been mired in myriad challenges, including an outbreak of the Zika virus, political and economic instability, and extreme levels of environmental pollution. Zika—an infection spread via mosquito that can result in mothers giving birth to abnormal children—has been a critical health concern for Brazil since May of 2015. Some athletes have declined to attend the Games due to the virus outbreak and poor urban sanitation infrastructure.

“Brazil won the jackpot of mega sporting events, between the Pan American Games in 2007, the World Cup in 2014, and now the Olympics…the conclusion we can reach looking at these events in Brazil is that these events are a factory of corruption and inequality,” said Abramovay. “It’s as simple as that.”

Brazil has seen alarming levels of violence. In Rio de Janeiro alone, police killed 645 suspected criminals in 2015. Witnesses recounted that police have shot suspects on sight after reporting to locations where crimes have been reported.

Brazilians have also been dislocated. Some communities have been forcibly evicted after refusing to relocate to make way for new sports venues—some evictions resulted in further violence between communities and government authorities.

Evictions are commonplace in cities preparing to host major sporting events. Approximately 1.5 million people were evicted in preparation for the Beijing Summer Olympics in 2008. Rural communities were displaced in the lead up to the Winter Olympics in Sochi, Russia, in 2014. These communities are often reportedly moved to areas lacking basic infrastructure and services.

“There is a huge problem of corruption. It is for people within circles of power to benefit each other. The construction contracts go to friends and cronies of the leaders. There are not huge benefits that go to the local populations who live in the cities where these events happen,” said Kramer.

“Mega sporting events are where the world’s wealthiest and most vulnerable intersect in ways that are far from ideal and can be quite painful for many hundreds of thousands of people,” said Bery.

Bery pointed to the FIFA World Cup in Qatar in 2022, which has also come under scrutiny for employing migrant workers to build stadiums and sports facilities under high-pressure deadlines and in unsafe working conditions.

An estimated 1,200 migrant workers have died in construction projects while preparing the Gulf state for the world’s next premier football event. Migrant workers have reportedly worked for long hours, in blazing heat, and have been living in squalid conditions. Further, migrants cannot leave Qatar without first obtaining an exit visa—essentially making it impossible for them to leave until projects are finished.

“The 2022 FIFA World Cup [in Qatar] has brought into global focus the shocking conditions that are extraordinarily routine,” said Bery.

“Overall, much more needs to be done. The global consensus needs to be focused on Qatar so they can’t simply take this problem of their labor violations and sweep them under the rug as we move closer to a 2022 event that is essentially global public relations at the expense of the suffering of so many hundreds of thousands who are working to build for the World Cup,” he added.

In neighboring Bahrain, anti-government protests were held in 2013 in the midst of the annual Formula 1 international racing event. Protestors claimed the government used the event to distract the media from Bahrain’s alleged jailing of political dissidents and journalists. The FIA—the federation behind the racing event—has since expanded its international circuit to Azerbaijan for the 2016 season. Human rights organizations have accused the FIA of enabling Azerbaijan—a country rich in oil and natural gas—to cover up state-sponsored corruption allegations and repressive actions toward members of the political opposition.

“There has to be a clear and defined standard that a country must reach before being able to submit a bid for any of these events,” said Bery.

“Once standards are established [by sporting federations] for major events, countries and governments will strive to meet them,” he added.