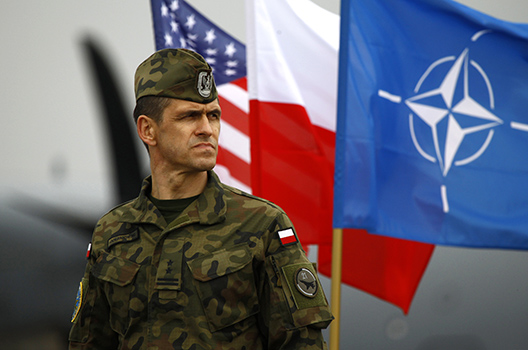 NATO never had it easy. From the day the Washington Treaty was signed, when the Washington Post quipped that the ceremony might be “more spectacular than the act itself,” observers have been skeptical about the viability of the Alliance. In 1982, at the peak of the “Euro-missile crisis,” the Economist saw the Atlantic Alliance “in the early stages of what could be a terminal illness.” In 1994, when the Allies were hesitating to get involved in the Balkans conflict, the director of the International Institute for Strategic Studies argued that NATO was in terminal decline and probably would not even reach the end of the decade. Again, in 2002, when the Allies disagreed on whether to join the United States in trying to topple Iraqi leader Saddam Hussein, some lamented “the end of Atlanticism.”

The Cassandras always got it wrong. For one, they misunderstood political debate as a sign of NATO fatigue, not realizing that tackling difficult policy issues and ironing out disagreements is one of the most basic functions of an alliance. They also mistook debate about the future course of the Alliance for disagreement over its fundamental value.

Times change, however, and so do attitudes. Today, the European Union struggles with numerous crises, from “Brexit” to burgeoning nationalism. Formats like the Group of Seven (G-7) no longer seem to generate the common leadership on global issues that Western nations sought to exert for many decades. Moreover, the notion that even the venerable NATO alliance may well be dispensable is no longer confined to the “usual suspects” from academia or the wilder shores of isolationism. Some Western policy makers today seem perfectly capable of imagining a world without NATO as well as without the European Union (EU).

The end of NATO would be the end of transatlantic collective defense. Europe would have to provide for its security without the United States. Establishing a purely European defense, however, would overwhelm the Europeans politically, financially, and militarily. Not only would it require significantly higher defense expenditures, but also massive investments in defense research and development and much more rationalized defense procurement – just when the United Kingdom, Europe’s biggest defense player, is distancing itself from the EU. It would ultimately require a genuine European security policy, including a consensus on a European nuclear deterrent. In short, it would require a quantum leap in the process of European integration that is utterly unrealistic.

At the same time, the end of NATO would dramatically increase Russia’s weight and influence in European security. Without the American commitment to the old continent, the opportunities for Russia to divide and marginalize Europe would grow. This would be a strategic disaster in particular for many countries in the post-Soviet space, who would be condemned, once again, to fall within Russia’s sphere of influence.

With the end of NATO, Europe and North America would also lose an important framework for legitimizing the collective use of military power. Ambitious long-term stabilization operations like the one in Afghanistan are only possible in a transatlantic context. While ad hoc military coalitions between the United States and some European states would still be possible, the end of joint military planning and regular exercising within NATO would rapidly downgrade military interoperability.

The end of NATO would also encourage a regionalization of European security. Without the Alliance as a strategic framework for balancing different regional concerns, Southern European nations would likely concentrate on the Maghreb and the Middle East, while Eastern European states would focus on Russia. None of these regional groupings, however, would be politically coherent and militarily powerful enough to exert decisive influence in these areas. The result would be a further weakening of European security.

By contrast, the end of NATO would not achieve what some may hope for: to free the United States of a major financial burden. Since the US defense budget reflects the country’s global reach, the end of NATO would provide only marginal savings. By ceding its role as a “European power,” however, the United States would not only lose strategically important military bases on the old continent, but also its political influence in European security affairs, and the stability generated through daily consultations with its NATO Allies. The geopolitical winners would be Russia, China, and all those who seek to weaken the role of the United States in upholding international order. This would not just be a bad deal, a term that is now increasingly used in international relations. It would be an awful deal.

Michael Rühle heads the Energy Security Section of NATO’s Emerging Security Challenges Division. Previously, he served as a speechwriter for six NATO Secretaries General. The views expressed are his own.

Image: A Polish soldier stands near U.S. and Poland's national flags and a NATO flag as the first company-sized contingent of about 150 U.S. paratroopers from the U.S. Army's 173rd Infantry Brigade Combat Team based in Italy arrived to participate in training exercises with the Polish army in Swidwin, northern west Poland April 23, 2014. (REUTERS/Kacper Pempel)