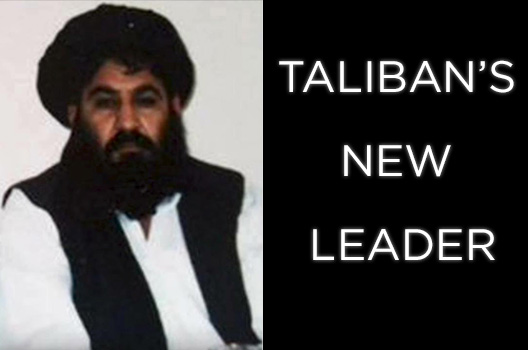 The appointment of the head of a Pakistan-based terrorist network as a deputy leader of the Taliban may prove to be an obstacle in Afghan-led efforts to make peace with the Islamic militants.

While confirming reports of the death of its reclusive one-eyed leader, Mullah Omar, the Taliban July 31 announced the appointment of Omar’s longtime deputy, Mullah Akhtar Mohammad Mansour, as its new leader. But perhaps more significant was whom the Taliban’s senior leadership, based in the Pakistani city of Quetta, picked for the job of Mansour’s deputy.

The choice of Haqqani Network leader Sirajuddin Haqqani as one of Mansour’s two new deputies is potentially disruptive to the fledgling peace process. Haibatullah Akhunzada, the Taliban’s former Chief Justice, was named as Mansour’s second deputy.

“Integrating the operational leader of the Haqqani Network into the Taliban leadership is a disturbing new development given the role that the Haqqanis play in the conflict,” said James B. Cunningham, a Senior Fellow at the Atlantic Council and the Khalilzad Chair on Afghanistan.

In 2012, the United States designated the Haqqani Network a foreign terrorist organization, a label it has not given to the Afghan Taliban. The State Department is offering a reward of up to $10 million for information that would lead to Sirajuddin being brought to justice.

The Haqqani Network has carried out several deadly attacks on US, Afghan, and foreign targets in Afghanistan. In 2011, its fighters attacked the US Embassy and NATO offices in Kabul after penetrating multiple layers of security in the Afghan capital.

Sirajuddin grew up in North Waziristan in the company of foreign jihadists. He is viewed as an ideological extremist with ambitions that go far beyond southeastern Afghanistan. He jointly led the Haqqani Network with his father, Jalaluddin Haqqani, until 2005 when the senior Haqqani was relegated to the role of a figurehead after suffering a stroke. According to reports July 31, Jalaluddin Haqqani died a year ago.

Jalaluddin and Osama bin Laden forged a friendship while fighting the Soviets in the 1980s. In 2011, when the United States invaded Afghanistan in response to al Qaeda’s attacks on September 11, Haqqani allowed Bin Laden to use his group’s safe havens in Pakistan.

At a Senate Armed Services Committee hearing in 2011, Adm. Mike Mullen, then Chairman of the Joints Chiefs of Staff, famously described the Haqqani Network as a “veritable arm” of the ISI.

The network receives much of its funding from donors in Gulf countries—particularly the United Arab Emirates, Qatar, Kuwait, and Saudi Arabia—where Haqqani Network leaders routinely travel on fundraising trips.

Since taking office in September of 2014, Afghan President Ashraf Ghani has steadfastly pursued efforts—backed by the United States, Pakistan, and China—to make peace with the Taliban. This effort has produced a rift in the Taliban’s ranks between militants who favor talks and those who would rather continue fighting.

News of Omar’s death led to the cancellation of a second round of exploratory peace talks with the Taliban that were to be held July 31 in the Pakistani mountain resort of Murree. The Taliban’s political office in Qatar’s capital Doha had rejected an earlier round of talks with the Afghan government because their representatives had not been present. However, Mansour, who was officially the Taliban’s deputy leader at the time, said he had authorized the meeting.

Mansour’s leadership will likely be tested in the days ahead. Evidence of the challenges he will face was on display when senior commanders, including Mullah Qayum Zakir, with whom Mansour had a falling out a while ago, and Omar’s son walked out of a meeting of the Taliban’s leadership council held this week to pick Omar’s successor.

Uncertainty about the future of the peace process is fueled by the upheaval within the Taliban’s leadership and the question of whether Sirajuddin will play the role of spoiler.

What role the Haqqanis will play in the peace process is far from clear, said Cunningham, who served as the US Ambassador to Afghanistan from August 2012 to December 2014.

“They have certainly not been involved in any of the tentative efforts to arrange peace negotiations up to this point,” he said.

James B. Cunningham spoke in an interview with the New Atlanticist’s Ashish Kumar Sen. Here are excerpts from our interview:

Q: What is the significance of Sirajuddin Haqqani’s appointment as a deputy leader in the Taliban?

Cunningham: It is a very interesting development. The Haqqanis have consistently pledged fealty to Mullah Omar, but they don’t operate as an element of the Taliban per se, although they have been represented in the leadership meetings.

Integrating the operational leader of the Haqqani Network into the Taliban leadership is a disturbing new development given the role that the Haqqanis play in the conflict. It is too early to tell what the implications are, but this is something that has to be watched and assessed.

Q: The Pakistanis have significant control over the Haqqani Network, which they view as a proxy group. Does Sirajuddin Haqqani’s appointment give Pakistan even greater leverage in the peace process?

Cunningham: It may give them greater leverage with the Taliban as an entity. What role, if any, the Haqqanis would have in a peace process isn’t at all clear to me. As far as I know, they have not played any kind of political role. They have certainly not been involved in any of the tentative efforts to arrange peace negotiations up to this point.

Q: What is the Haqqani Network’s position on the peace process?

Cunnignham: I am not aware that they have expressed a view. Their role has always been one of terror and violence, and of criminal enterprise in pursuit of their own secular interests in Afghanistan.

They are criminals and terrorists. Their efforts at killing Afghans and Americans and others are the work of a terrorist organization. They are also involved in a number of criminal enterprises, which makes them a combination of a criminal organization that uses terrorism as an instrument.

That, by the way, has also been increasingly the case with the Taliban, which is also engaged in a number of criminal activities to derive revenue as well as the violence and terrorism that they have engaged in against the Afghan government and the Afghan people.

Q: What following does Mullah Mansour command within the Taliban?

Cunningham: Mansour has been the operational leader and the de facto deputy of Mullah Omar, and maybe even acting on behalf of Mullah Omar, for some time now. Although there has been opposition to him within the movement from [Mullah Qayum] Zakir [a senior Taliban commander] and others, up to this point he has managed to maintain control and authority. The question now is whether he will be able to do that given his new appointment by a rump session of the Quetta Shura. Will he be able to do that now in the absence of the mantle of authority that Mullah Omar provided? He has had quite a bit of time to prepare for this so we will see what the result is.

Q: What was the reason for the rift between Mansour and Zakir and do you expect Zakir and his followers to now split from the Taliban with Mansour’s formal appointment as leader?

Cunningham: The split between Mansour and Zakir occurred some time ago. There was a struggle within the leadership and Zakir was forced out of his position as the Chairman of the military commission.

I don’t have any expectation [of Zakir leaving the Taliban], but reports yesterday that Zakir and Omar’s son walked out of the Quetta Shura meeting when they saw that it was about to confirm Mansour in the leadership position did confirm that there has been a split.

Q: What role should the United States be playing to capitalize on the opportunity provided by the death of Mullah Omar and the change of guard in the Taliban?

Cunningham: We have been strongly supportive for quite some time of efforts by the previous [Afghan] government and by the current government to open up peace discussions with the Taliban’s central leadership, if that’s possible, or with elements of the Taliban, if that is possible. I am sure that the United States will continue to pursue that and do whatever it can to facilitate the prospects for discussions that seem to have begun in some form.

An optimist would hope that this all might produce a consolidation of political authority behind a Taliban leadership that wants to pursue peace discussions. That is what we want, and more importantly that is what a vast majority of Afghans want even if they don’t think it is possible.

I hope that all who are interested in this—especially the United States and the Afghan government—will move quickly to try to resume dialogue with the Taliban and test the proposition to see if a discussion about peace is possible and a promising road to pursue.

Q: Has Pakistan been genuinely supportive of this peace effort?

Cunningham: Yes. I think they have been supportive and I hope that they have actually come to the view that they profess: that beginning and achieving peace in Afghanistan is very much in Pakistan’s interests as well as in Afghanistan’s.

Image: The Taliban has appointed Mullah Akhtar Mohammad Mansour, seen in this undated handout photograph, as its new leader after confirming reports July 30 that its previous leader Mullah Omar had died. At the Taliban's meeting where Mansour was named as the Islamist militant group's new head, several senior figures in the movement, including Omar's son and brother, walked out in protest. (Reuters)