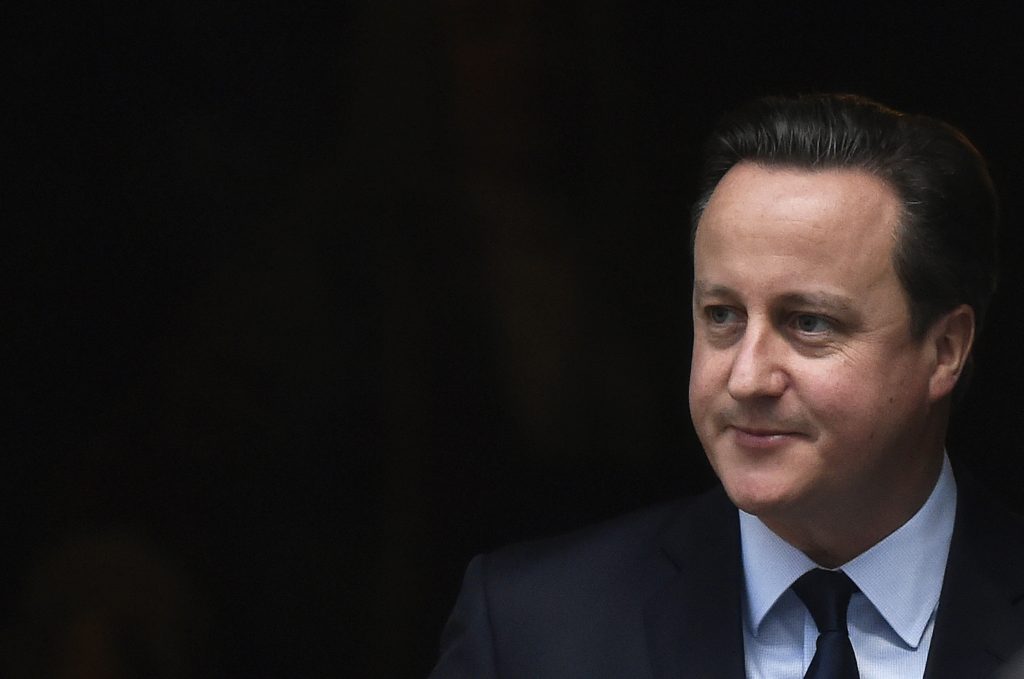 British leader’s decision to allow cabinet to pick sides on relationship with EU may not work in the long term, says Fran Burwell

British Prime Minister David Cameron’s decision to allow members of his cabinet to pick sides and actively campaign for the United Kingdom to stay in or leave the European Union avoids a split in his government and Conservative Party for now, but may not succeed in these objectives in the long term, says the Atlantic Council’s Fran Burwell.

Cameron has promised to hold an in/out referendum on whether the United Kingdom should remain part of the EU. That vote could take place as early as this summer.

The Prime Minister has indicated that he is in favor of the United Kingdom staying in the EU as long as the Union meets his demands to renegotiate the terms of his country’s EU membership. Cameron spelled out those demands in a letter to European Council President Donald Tusk in November. His demands include increasing economic competitiveness within the EU, a larger role for national parliaments, excusing the United Kingdom from the principle of an “ever closer union,” safeguards for countries that do not use the euro, and an effort to slow migration by other EU citizens to the United Kingdom by curbing welfare payments for four years.

In an interview with the New Atlanticist’s Ashish Kumar Sen, Fran Burwell, Vice President of European Union and Special Initiatives at the Atlantic Council, discussed the referendum on the so-called Brexit and its consequences for Cameron, his Conservative Party, and the US-UK special relationship. Here are excerpts from our interview.

Q: Given the enormous challenges facing the European Union, what incentive does United Kingdom have to remain in the Union?

Burwell: Britain’s economy is very closely tied to the “continent.” The EU is the United Kingdom’s largest trading partner. In addition, British citizens have benefited greatly by being members of the EU in terms of their ability to work and travel anywhere in Europe. The number of Brits that one finds across the continent is striking.

Britain is, like many in Europe, a shrinking power. Its share of global GDP is shrinking. Its share of global trade will not stay where it is now. It is an investment superpower, but even that is unlikely to be as influential as it has been in the past. If Britain wants to preserve its influence it has to be part of something larger. The natural thing for that is the EU. Some would say the natural thing for that is NATO, but the world today is not about security and military responses, it is often about legal and economic responses. Britain negotiating an economic pact with China on its own will get a far less beneficial result than the European Union of 500 million people negotiating with China.

Burwell: We are facing a time of real uncertainty. What I see in this decision is a Prime Minister who is trying to kick the can down the road in the terms of the next crisis that this whole debate has created in the UK.

The discussion within the Conservative Party was becoming about whether people in the cabinet would be able to campaign to stay in the EU or go. The threat was that there would be a mass resignation from the cabinet if that was not allowed. So instead of having his cabinet split in a very dramatic fashion once a referendum was declared, the Prime Minister decided that he would give them the freedom to argue for whichever side they wish.

This was a means of avoiding an immediate split within the cabinet, and therefore within the Conservative Party. I am not sure that over the long term this is going to work. Lets assume that the Prime Minister does get a deal from his EU partners in February—I have some skepticism about that—and that he then declares a referendum and supports Britain staying in the EU. There is a portion of the Conservative Party that just wants to leave. It doesn’t really matter what the agreement is. There is another portion of the Conservative Party that says the things Cameron has asked for are so weak that this is not the reformed EU they thought they would be supporting. They would not think the deal is enough. There is another group within the party that wants to stay and they think this deal—if it happens— will be enough.

It is not clear to me that having the Conservative Party argue three different things is going to provide the leadership that is needed for the Prime Minister to win this referendum. The polls right now are split pretty evenly.

Q: Cameron has indicated that he is in favor of the United Kingdom remaining part of the EU if he gets the right deal. What would be the implications for the Prime Minister if the negotiations with the EU do not go his way?

Burwell: He would then be faced with the question of whether he leads a “No” campaign—to leave the EU. He has said that all options are on the table if he doesn’t get an agreement. It is widely thought that he wants to stay in the EU, but it is not known how badly. If he fails to get the agreement that he has been promising would he be forced to resign? Or would he lead a campaign to leave the EU? That is really his alternative to resignation. I can’t see any way that he can abandon the referendum if he doesn’t get a deal. He has to figure out whether he is campaigning to stay or leave.

Q: Has the Prime Minister essentially painted himself into a corner by agreeing to hold this referendum?

Burwell: Yes, there is a real possibility that the future of his career will hinge on the results of this referendum. That is somewhat ironic because the end of Margaret Thatcher’s career was occasioned by a debate with some of her colleagues over Europe. For all that the Conservatives may not be enthusiastic Europhiles, Europe has had a huge impact on the political lifespan of their leaders.

If Cameron should campaign to stay in the EU because he got a good deal but he loses the referendum, he would have to resign. The only clear way forward is for him to get a deal he can support, that he can campaign for, and that he wins the referendum. That would be the ideal outcome, but there are many hurdles between here and there.

Q: Has the British debate over the referendum complicated important discussions in Europe on issues that require collective action?

Burwell: For the last year and a half or two years this debate has been clouding many discussions within the EU. For example, the British are not part of Schengen so are therefore not part of the whole migration discussion. They have not wanted to take in many of the refugees in part because the Eurosceptic forces have used immigration as one of their main avenues of attack. Therefore, the British have not been able to step in and say they will take in a significant portion of migrants. They are over in the corner, not exercising their influence in a way that they could. They have also not been activists in terms of European security and defense policy, which has been left mostly to the French. You do find in Europe increasing skepticism that the British are going to stay, and therefore the British have less credibility.

Q: If the United Kingdom were to leave the EU would it hasten the Union’s unraveling?

Burwell: I don’t think so. Every European that I have talked to wants the British to stay, but they also want the British to make a decision. They are tired of having this discussion go on and on and on. But because it has been going on and on I think everyone has adjusted to the idea. They don’t want it to happen. They realize that there will be real costs for Europe as well as for the United Kingdom. There are some countries, and I would put the Germans in this category, that really want them to stay because there is a balance in the Union and Britain has, over the years, contributed to that balance in terms of the relations between the key large member states. But I think the others are adjusting.

However, even if the British stay because Cameron’s conditions have been met—including an expectation that Britain is no longer part of an “ever closer union,”—we can expect that a core EU group based on the Eurozone will still think about “more Europe” every time there is a crisis. If Britain were to stay but does not believe in “ever closer union” it would have a more static perspective on Europe. Those are two different mindsets that would lead to a “two-speed Europe.” That could still work pretty well with a core group becoming something that we would see as more integrated and another group that is really more of a partner on issues on which they want to be. I don’t think that is anyone’s optimum, but that scenario is better than the British leaving.

Q: Why is the outcome of the British referendum important for the United States?

Burwell: There are a lot of reasons the United Kingdom is important to us, but one of biggest is that it has been one of our closest allies in the EU. We don’t have a seat at that table. It has been useful for us to have a Britain in that organization that can help bring around other countries to a perspective that we and the British often share.

We want a strong European partner. This is the most important thing. That partner will not always agree with us 100 percent, but the stronger they are the better they are as partners in preserving the liberal world order that we all believe in and helping achieve the global goals that are broadly shared by the United States and Europe.

If Europe is divided, Europe is much, much weaker. The person who benefits most from a Brexit is Vladimir Putin. This is gold for someone who wants to see Europe divided. If the UK should leave, not only will Europe be more divided—even if it is reconciled to that division—we will probably see a reawakening of the Scottish discussion because the Scots made very clear that they want to stay in the EU. So even if the referendum is lost and Britain leaves the EU, the issue of Britain’s future status will not be resolved.

Image: British Prime Minister David Cameron leaves his official residence, No. 10 Downing Street, in London on January 6. Cameron has said he will allow members of his Cabinet to pick sides in the debate on whether Britain should remain in the European Union. (Reuters/Toby Melville)