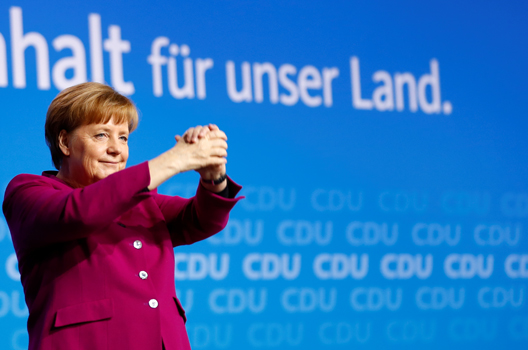 German Chancellor Angela Merkel will serve for a fourth term as chancellor of Germany after the Social Democratic Party (SPD) voted in favor of another grand coalition. (Reuters/Fabrizio Bensch)

The political uncertainty that had gripped Germany for the past five months was lifted on March 4. The Social Democratic Party (SPD) rank-and-file voted in favor of another grand coalition that would keep Angela Merkel chancellor of Germany for a fourth term. Sixty-six percent of the SPD’s members voted in support of a grand coalition; thirty-four percent opposed it.