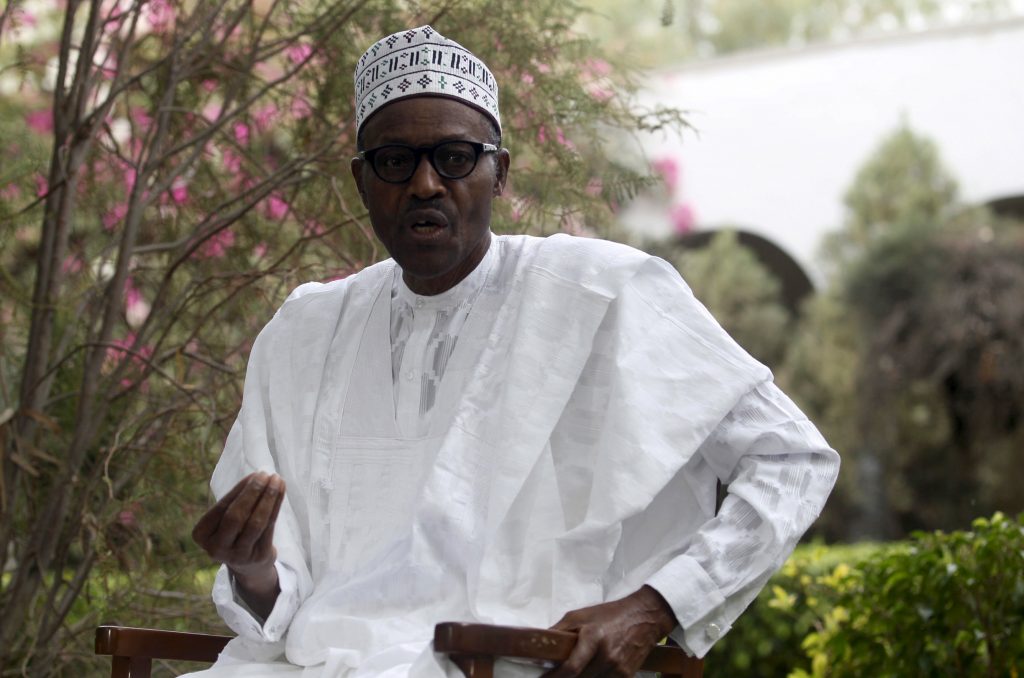 On March 31, Nigeria’s Independent National Electoral Commission (INEC)  declared Buhari the winner, as results showed the retired major general who ruled the country from 1983 to 1985 leading with close to two million votes.

The contest between Buhari and Jonathan was Nigeria’s closest since the country transitioned from military rule in 1999. Since then, it had been ruled exclusively by Jonathan’s People’s Democratic Party. Buhari’s victory was the first time in Nigeria’s past sixteen years as a democracy that an opposition candidate has defeated a sitting President.

“The results show a broad national trend that would be very hard to overcome in a challenge,” Pham said in an interview.

Buhari will be sworn in May 29. He will face at least two major challenges: dealing with the Boko Haram insurgency and reviving an economy that has been rocked by falling oil prices. Nigeria is Africa’s largest oil producer.

In the weeks before the elections, Nigeria’s military—aided by troops from Chad, Cameroon, and Niger— ramped up its offensive, driving the Boko Haram terrorists out of their strongholds in three northeastern states: Borno, Yobe, and Adamawa.

Pham said Boko Haram will remain a problem for the next administration in Abuja.

“Boko Haram is militarily defeated as an insurgency, but certainly as its brutal attacks during the elections underscored, as a terrorist group capable of killing innocents it is far from done,” said Pham. “Buhari walks into a situation where a military victory has been achieved. Now he needs to consolidate the peace.”

On the economy, the next government’s budget will face the resource crunch precipitated by the sharp drop in global crude oil prices. “The new administration will probably have to repeat that exercise” of rebasing the budget because of the lower price of oil, said Pham.

Pham spoke in an interview with the New Atlanticist’s Ashish Kumar Sen. Excerpts below:

Pham: Buhari was able to assemble a very broad coalition. Previously in elections in Nigeria, you had one major candidate from the ruling party. Gen. Buhari had been in the position of coming in a distant second, while another party came in third.

What Buhari has done—looking at the results so far—is he’s retained his position of strength in the north of the country, consolidated the opposition in the southwest, and has left the incumbent President with just his traditional strength in the southeast.

Q: Will Jonathan accept the results?

Pham: The results show a broad national trend that would be very hard to overcome in a challenge.

Q: What does a Buhari victory mean for Nigeria?

Pham: A victory for Buhari in a way is a salute to Nigeria. It’s a statement that Nigeria’s democracy has matured to the point where it now has two viable and competitive parties. We will need to look at the results of the governors’ races on April 11—the governors are very powerful in Nigeria—and we’ll need to look at the Senate and House of Representatives races. If one replicates the votes that have come in on the presidential level, you’re going to have a Parliament where it’s not going to be a cakewalk for whoever wins.

Q: Will Buhari, a northerner, handle the Boko Haram insurgency any differently from Jonathan?

Pham: Not particularly. There is a myth in this election that somehow Buhari was uniquely qualified to handle the insurgency. That myth is predicated on ignorance of the complexities of Nigeria. Nigeria is not just north, south, Muslim, Christian. It is a complex tapestry of regional, ethnic, and religious divides. Within the largely but not exclusively Muslim north there are ethnic fissures. The Boko Haram insurgency had its greatest strength in a largely Muslim, but ethnically Kanuri part of northeastern Nigeria, which itself felt marginalized from predominantly Hausa and Fulani Muslim Nigeria.

Buhari may be viewed as a Muslim and a pious one by many Nigerians, but he is clearly not Muslim enough for the extremists. He is a former military man, but it’s been three decades since he’s been in uniform.

Until very recently, Nigeria’s military itself had difficulties fighting Boko Haram. Ironically, the day before the election, the Nigeria military took Gwoza, the headquarters of Boko Haram. So in many respects, Buhari walks into a situation where a military victory has been achieved. Now he needs to consolidate the peace.

Q: What will be the main challenges for the next President?

Pham: On the security front, Boko Haram is militarily defeated as an insurgency, but certainly as its brutal attacks during the elections underscored, as a terrorist group capable of killing innocents it is far from done. Dealing with a terrorist group requires a different set of tactics and resources than dealing with a military insurgency. It’s not just a matter of getting police out there, it’s a matter of political, economic, and social inclusion of a region that has felt marginalized—not just from the more prosperous Christian-dominated south, but even within the Muslim-dominated north of the country. The challenge is to do this against the backdrop of fewer resources. Oil today is selling at half of what it was selling at a year ago. The Nigeria government relies on oil for over 80 percent of its revenue.

The Jonathan administration, to its credit, under Finance Minister Ngozi Okonjo-Iweala, did the unpopular thing in the middle of an election campaign. It rebased its budgets twice based on more realistic assessments of oil prices. The new administration will probably have to repeat that exercise.

If Nigeria’s economy has to diversify, it needs a reliable source of power and better roads. Goodluck Jonathan, to his credit, laid out close to 25,000 kilometers of paved roads, but for a country that’s twice the size of California that is just making a dent in a very large problem.

Q: What are Buhari’s plans for the economy?

Pham: To be fair to Buhari, he ran as a challenger. When you run as a challenger the politically smart thing to do is to be relatively vague about your concrete plans, especially when you have an incumbent you can attack. He ran a campaign based on attacking the things people saw wrong in the incumbent administration: security, the economy, and corruption. These three things will still be around on May 29 when the new President is sworn in. Having run saying ‘I can do better,’ now it becomes the burden of the winner to develop actual programs to do that.

Q: Was Boko Haram a factor in this election, and if so, in hindsight, did the Jonathan administration leave its military offensive too late?

Pham: Boko Haram was a factor both as a security threat to Nigeria, but also because it became emblematic of a broader failure of the incumbent administration. It became the icon of its shortcomings.

To be fair to the Goodluck Jonathan administration, a lot of the conditions that made it possible for them to achieve the victories of recent weeks did not exist a few months ago. One of them was, Boko Haram used its cross-border ethnic ties to gain strategic depth in neighboring countries and Nigerian forces could not pursue.

With the exception of Niger, which fought back, Cameroon and Chad more or less acquiesced to Boko Haram coming and going. Boko Haram’s leader, Abubakar Shekau, regularly visited two of his wives in Chad. The government of Chad did nothing about this. The government of Cameroon facilitated ransom payments to Boko Haram, which enriched and gave it resources, including handing over weapons as the price to get prisoners released.

Last year, Boko Haram started to become greedy. It made incursions into Cameroon and cut off trade routes that are essential to landlocked countries like Chad. By doing so it brought the neighboring countries together to oppose it. Without the cooperation of the neighbors, it would have been very difficult for the Nigerian government to do anything.

The other thing, and this is somewhat ironic, is that many of the states in the northeast where people were able to vote because of the improved security situation, voted overwhelmingly for Buhari. If the offensive against Boko Haram had not occurred, those votes would not have been in the tally and the election results would have been different.