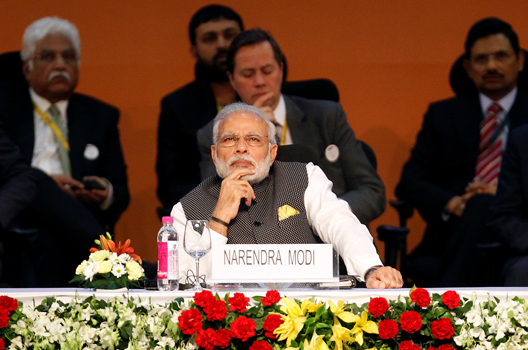 Americans may still be coming to terms with Donald Trump’s election victory, but more than 7,000 miles away, the wheels of India’s diplomatic machinery began turning soon after the November results.

Indian Foreign Secretary S. Jaishankar and National Security Advisor Ajit Doval both visited the United States within a month of the elections with the intention of getting to know the incoming administration, but their meetings haven’t led to any clear indication of just what shape the India-US relationship will take over the next four years.

Under US President Barack Obama, India-US ties saw significant expansion in defense and counterterrorism cooperation. While New Delhi accepted Pakistan’s role as a critical, but difficult American ally given the United States’ engagement in Afghanistan, it leveraged Washington’s frustration with the Pakistani government and military to push forward its own international fight against Pakistan-backed cross-border terrorism. Now, given Trump’s positions on tackling terror groups, especially the Islamic State of Iraq and al-Sham (ISIS), New Delhi hopes for continued convergence and more intelligence sharing with the United States.

While Trump has made radical statements about surveillance, immigration controls, and profiling, New Delhi’s support to any such steps will have to be more nuanced, given its domestic constituencies and compulsions. But India is also hoping its responses will result in greater support for its case against Pakistan, and that the Trump administration will expand its terror radar to include Pakistan-based groups like Lashkar-e-Taiba and Jaish-e-Mohammed.

It is unclear whether Trump’s praise for Pakistan in a phone call to Pakistani Prime Minister Nawaz Sharif, according to a transcript released officially by Pakistan (and not denied in Washington) indicates any real policy shift or was simply niceties.

Indian Prime Minister Narendra Modi’s singular diplomatic focus for the past two years has been to isolate Pakistan internationally, and New Delhi—far from pleased about the conversation between Trump and Sharif—must consider the possibility that Pakistan will use what little leverage it can with Washington to extract commitments on Kashmir.

What is emerging more clearly though is that Pakistan will likely be the subtext of how the US- China equation evolves under Trump. The president-elect has confounded everyone by alternating between poking Beijing in the eye (by taking a congratulatory phone call from Taiwan’s President Tsai Ing-wen, being belligerent on unfair trade practices and China’s expansionism in Asian waters) and making overtures to China (by appointing an old friend of Chinese President Xi Jinping, Iowa Gov. Terry Branstad, as the United States’ next ambassador in Beijing). This mixed messaging creates room for an alternate scenario in which Trump—the businessman—could move toward a more cordial course with China. In either case, New Delhi needs to ensure it neither gets drawn into an all-out confrontation between Washington and Beijing that it can ill afford to take sides in, nor gets left out in the case of any significant overtures Trump may advance toward Beijing. As one senior, retired Indian diplomat told me: “India must find its balance on a scale of the extremes of confrontation and collusion between China and America.”

Beijing’s proximity to Pakistan is a constant thorn in India’s side, and China’s massive infrastructure projects all over South Asia are seen as a major threat to India’s influence in the region.  Sino-Indian ties are tenuous at the best of times, and it will be critical for India to manage its role vis-à-vis Washington and Beijing without additional cost.  But, working to offset China’s attempts to expand its influence can be an area of intensive Indo-US cooperation. Trump’s declaration that he will take the United States out of the Trans-Pacific Partnership (TPP) trade deal creates room for India to maneuver on regional and global trade, but India has to put its own house in order first. The latest demonetization policy move by the Modi government has thrown the Indian economy into free fall, and international investors, for the moment, are scared by prospects of a major recession.

Geopolitics can’t be separated from economics, and on this front Trump’s threat to restrict H1-B visas is a major concern. While the US economy is still recovering from the recession of 2008-09, Trump is no different from most American politicians who have made the H1-B work visa a powerful symbol of their protectionism. As he proposes higher salaries for visa holders, making it prohibitive for companies to sponsor foreign workers, the real impact of these restrictions is a separate study in itself. India will have to manage concerns, especially from the information technology sector, which has been the largest beneficiary of India’s skilled workforce. Whatever the impact—whether simply on perceptions or otherwise—the visa issue, while not a cornerstone of the bilateral relationship by any means,  is a cause of great concern for India and one it needs to articulate fully to the Trump White House without impacting other areas of cooperation.

Given his inexperience in foreign policy; aggressive views on wanting to extricate the United States from international treaty regimes on security, trade, and climate change; attempts to recalibrate US engagement with countries like China and Russia; and his unconventional cabinet choices, perhaps the one word that comes to mind when New Delhi’s diplomats assess the incoming administration is unpredictability.

Under the circumstances, New Delhi has two choices. One, to wait and watch, and see how things unfold before deciding on where it could play a role that ensures Trump looks no further than New Delhi in its quest for a reliable partner in Asia. Or two, continue with its ongoing approach of reaching out to the new administration in Washington without having a clear idea of what those meetings may produce. In the meanwhile, New Delhi would also be well advised to use this time to put its own ducks in a row—separate its diplomacy from a Pakistan-centric approach, focus on repairing the damage to the Indian economy from demonetization, and realign its bilateral relationship with the United States in areas that are of value, not just to India, but also to the United States.

Maya Mirchandani is a senior journalist with NDTV based in New Delhi and is a nonresident fellow with the Atlantic Council’s South Asia Center. You can follow her on Twitter @maya206.