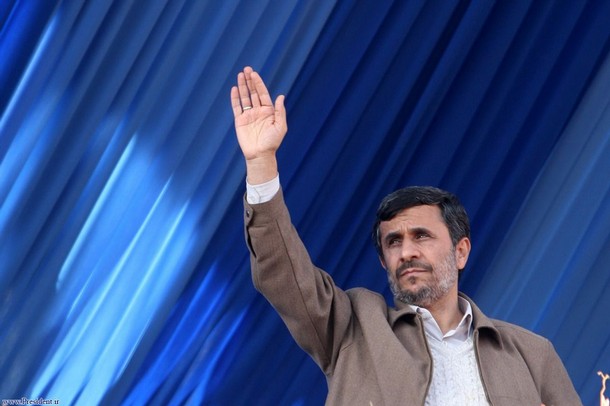 While the world’s attention has been riveted by Arab uprisings in Tunisia and Egypt this month, Iran’s government has taken the opportunity to execute a record number of prisoners in an apparent bid to head off the return of the dramatic street protests that pushed President Mahmoud Ahmadinejad’s government to the brink in June 2009.

Meanwhile, Iranian officials have been spinning the turmoil in the Arab world as a victory for Iran and a replay of Iran’s 1979 revolution against the U.S.-backed shah. But the mass protests that are ricocheting around the region — spread in part by Facebook, Twitter, text messaging, and satellite television — cut more than one way for Tehran. They remind Iranians of their own recent failed attempt to dislodge an increasingly authoritarian government.

"This is a reaction to the developments in Egypt and Tunisia," says Hadi Ghaemi, director of International Campaign for Human Rights in Iran. "The Iranian intelligence forces want to show their power by executing so many people including even someone of European nationality."

The crackdown could be in part an effort to pre-empt more demonstrations as Iran on Jan. 31 begins the commemoration of the 32nd anniversary of the Islamic Revolution. The climax of the so-called "10 days of dawn" that began with Ayatollah Ruhollah Khomeini’s return from exile in 1979 is Feb. 11, the day the shah’s last government fell. Last year, Iran also made a point of executing several political prisoners before that date.

Bahrami, 45, was arrested in December 2009 when Iran’s opposition Green Movement took to the streets during the Shiite Muslim holiday of Ashura. She was later accused of trafficking cocaine, a charge that her family asserts was fabricated. In response to her hanging, the Dutch government suspended diplomatic relations with Iran.

According to Ghaemi, Iran executed almost as many people in January 2011 as it did in all of 2005. Since Ahmadinejad replaced Mohammad Khatami in August 2005, the number of executions has risen steadily and now is the highest in the world per capita and second only to China in absolute terms. At least 250 people were executed last year, Ghaemi said, with perhaps another 100 put to death more quietly. In the eastern city of Mashhad near the Afghan border, he said, about 600 people are currently on death row.

Iran also has the dubious distinction of holding the world’s oldest known political prisoner: Ebrahim Yazdi, 80, a former foreign minister who has suffered from high blood pressure and prostate cancer and underwent open-heart surgery shortly before his arrest in October. He is due to go on trial on unspecified charges in March. According to Ghaemi, another 500 political detainees are awaiting action on their cases while about 500 have been convicted and are serving sentences.

Iranian opposition figures point out the regime’s hypocrisy in criticizing Arab governments for firing on peaceful protesters while crushing freedom of expression in Iran. Meanwhile, the official media waxes triumphant about the developments in the Arab Middle East.

Comments last week by Hossein Shariatmadari, editor of the conservative Kayhan newspaper, were typical: "Look at the region. Tunisia, Egypt, Jordan, Algeria, Bahrain. … roaring in populous slogans and demands against their absolutist rulers; pay attention. All the demands and slogans are in complete congruence with the teachings of the Islamic revolution. Death to America; death to Israel; hail Islam; death to the seculars; Islam is my religion" (translation by Mideastwire.com).

In fact, the demonstrations so far have been largely secular, though well-organized groups such as Egypt’s Muslim Brotherhood might become more influential as political transitions more forward — and Tunisia’s exiled Islamic leader, Rachid Ghannouchi, returned Jan. 30to a hero’s welcome by thousands of sympathizers.

Clearly, Iran has benefited from events that predate the current upheavals, especially the U.S. toppling of Saddam Hussein in 2003.

"Iran has had a great string of successes thanks to us," says Chas Freeman, a former U.S. ambassador to Saudi Arabia and veteran Middle East analyst. "Iran is the dominant player in Iraq; its alliance with Syria has been consolidated; its hold on Lebanese politics now transcends its connection with Syria; and we’ve shoved a Sunni Salafi group, Hamas, into its arms" (by rejecting Hamas’s 2006 electoral victory over Fatah, the secular Palestinian party).

At the same time, Freeman cautions against connecting what remain disparate dots, noting differences between Muslim countries and uncertainty about their future political trajectories.

"Iran is not a model for anybody not even in Afghanistan or Iraq," he said. "Iranians are trying to use these upheavals, but they don’t have a connection to the Iranian revolution, its ideology, or to skillful Iranian diplomacy."

While Iranian state media link the Arab revolts to the 1979 revolution, Iran’s Green Movement asserts that they were in part inspired by the mass opposition to Iran’s 2009 rigged elections.

In a statement posted Jan. 29 on Facebook, Mir Hossein Mousavi, who challenged incumbent Ahmadinejad in that election, wrote that "the starting point of what we are now witnessing on the streets of Tunis, Sanaa, Cairo, Alexandria, and Suez can be undoubtedly traced back to days of 15th, 18th and 20th June 2009 when people took to the streets of Tehran in millions shouting ‘Where is my vote?’ and peacefully demanded to get back their denied rights."

Mousavi noted that the "collapsing political regimes in the Arab world" have also resorted to shutting down the Internet, cell phones, and social networks in an attempt to squelch political change. "Perhaps, they do not realize that continuing policies of intimidation will eventually turn against itself," he wrote in a clear reference to Iran as well as Arab despots. "Pharaohs usually hear the voice of the nation when it is too late."

Barbara Slavin is nonresident senior fellow at the Atlantic Council’s South Asia Center and author of Bitter Friends, Bosom Enemies: Iran, the U.S., and the Twisted Path to Confrontation. This article was originally published on ForeignPolicy.com. Photo credit: Reuters Pictures.