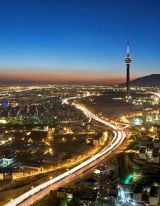 Someday, Feb. 11 may be celebrated in Iran as a normal national holiday, akin to France’s Bastille Day or the US Fourth of July.

Alas, judging from this year’s official festivities, the anniversary of the 1979 revolution remains the occasion for a show of propaganda rather than a reflection of Iran’s hard-won independence.

Although President Hassan Rouhani refrained from such invective, the ritual calls of “Death to America” from some in the audience in Iran’s Azadi Square on Tuesday exposed the regime’s insecurity more than its confidence. Crude posters depicting blows being inflicted on President Barack Obama, Secretary of State John Kerry and chief US nuclear negotiator Wendy Sherman also displayed a lack of diplomatic maturity and finesse.

The posters and slogans, of course, do not reflect the views of most of Iran’s 80 million people, two thirds of whom were born after the revolution. Public opinion polls have shown that a majority would like to renew diplomatic relations with the United States and that Iran’s disputed nuclear program is not a major priority for a society burdened by sanctions, unemployment, high inflation, limited civil rights and a brain drain of educated youth.

Also, Tuesday’s ritual show of defiance was not exactly a spontaneous outpouring. For years now, hardline elements of the regime have prepared the posters; those who brandish them are typically government employees bussed in to Azadi Square and given a small monetary stipend or free lunch.

Still, some of those participating may see the insults to US officials as justified by the American mantra that “all options remain on the table” with Iran should nuclear negotiations fail. Iranian officials may also regard it as useful to remind US negotiators that Iran has domestic politics, too, and that there is only so far Rouhani and his foreign minister, Javad Zarif, can go in accepting restrictions on Iran’s nuclear program or risk falling afoul of conservative members of parliament, the Revolutionary Guards and internal security forces. In that sense, the anti-American invective is a riposte to members of the US Congress who say Iran must totally dismantle its nuclear program because there is “deception in its DNA” and Iran cannot be trusted to keep commitments to the international community. Sherman repeated that line in Senate testimony last year and so may have provoked the latest insults directed against her.

The key arbiter of Iran’s policies, as well as its rhetoric, is Supreme Leader Ayatollah Ali Khamenei. While Khamenei wears anti-Americanism like the Palestinian checkered scarf he typically drapes around his neck, he was actually one of the least hostile officials during the 1980s, according to Washington Institute for Near East Policy expert Mehdi Khalaji. Khalaji, who is writing a book on Iran’s supreme leader, told an audience at the Wilson Center in Washington on Monday that Khamenei “changed from one of the few pro-Western ayatollahs to one of the most anti-American” only after he succeeded revolutionary leader Ayatollah Ruhollah Khomeini in 1989.

While his rhetoric remains harsh, Khamenei has approved various overtures toward the United States, including back-channel negotiations with Americans going back more than a decade. He has so far endorsed Iran’s nuclear negotiation team and the interim agreement reached last Nov. 24 in Geneva and told hardline critics to give Iran’s new president a chance. Khamenei understands how much the Iranian public wants relief from economic pressures and international isolation and how an agreement could shore up the regime’s legitimacy, which has frayed for decades and plummeted after disputed 2009 elections and a harsh crackdown on popular protests.

At the same time, Khamenei has kept up his criticism of US policies. In a speech to members of the Iranian air force on Feb. 7, Khamenei said, referring to the US, “You point the gun at the people of Iran and say, negotiate or we will shoot you. You should know that exerting pressures and making offers of negotiations are not compatible and our nation is not intimidated by these things.”

Khamenei also warned Iranians that “negotiating with America will not solve any problems because over the years they have not fulfilled any of their promises.”

Downplaying expectations is a good strategy; after all, President Barack Obama has said that the chances of reaching a long-term nuclear agreement with Iran are only 50-50. Obama also said on Tuesday during a joint press conference with French President Francois Hollande that the US administration would “come down like a ton of bricks” on any companies violating US sanctions against Iran.

For both Obama and Khamenei, however, a nuclear deal that makes it more difficult for Iran to build nuclear weapons in return for relief of sanctions – would be a major achievement.

If Iran faithfully implements its initial promises and negotiates a comprehensive, verifiable nuclear agreement that will far outweigh this week’s petty insults. Still, it would be nice to hear Iranian rent-a-crowds chanting “Death to No-one” as real, spontaneous demonstrators did in 2009.