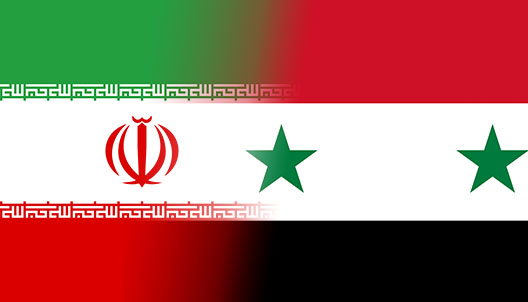 While US strategy towards Syria has been mired by indecision, Iran has steadily entrenched its interests in the war-torn country. Iran has pursued a two-track policy of, on the one hand, directly propping up the regime, and, on the other, equipping and training militias loyal to Bashar al-Assad. It has also promoted the convergence of these civilian militias with Assad’s crumbling security services, which reinforces the regime as well as hedges against its undoing. Assad’s fall, while bad for Iran, would nonetheless tighten the ties between his militias and Iran. This would leave Tehran with command over an extensive network of proxies to project force and mayhem into Syria.

Iran has been training and developing multiple pro-government militias. Qods Force, the extraterritorial arm of Iran’s Revolutionary Guard Corps (IRGC), helped expand and train Jaysh al-Sha’bi, a militia claimed by IRGC Commander Mohamad Ali Jafari to include 50,000 members. According to the Treasury Department, Iran has, since mid-2012, provided advice, weapons, equipment, and routine funding worth millions of dollars to the mostly Alawite militia. Jaysh al-Sha’bi has roots reaching back to the mid-1980s as a paramilitary extension of the Ba-ath party, but its significance has blossomed during the present conflict; the militia regularly conducts unilateral and joint operations with the military against the opposition.

According to Syrian security officials, Iran and Hezbollah oversaw the rise of the country’s largest paramilitary organization, the National Defense Force (NDF). The NDF emerged in late 2012 as an organization meant to unify and professionalize hundreds of irregular neighborhood militias defending minority communities from rebels. The government has since provided NDF members with licenses, arms, and salaries. They secure loyalist communities and battlefield gains, freeing Assad’s conventional military to adopt a more offensive posture. Its mission has evolved beyond defense, however. In May 2013, NDF militants helped perpetrate the slaughter of up to 450 civilians in the pro-rebel towns of al-Baida and Ras al-Nabaa. A United Nations report detailing the mass killings asserted that NDF members participated in the raids and in many cases led them.

Hezbollah has confirmed its role in administering boot camp and advanced combat training to NDF members and Iran has allegedly flown them in for parallel reasons. In fact, militants from at least four different groups have claimed they were secretly flown to Iran for fifteen-day courses in guerilla warfare. One of these militants, a Christian, remarked that, in spite of admonitions from Iranian advisors, Alawites on the course kept vowing to kill Sunnis and rape their women in revenge. The training occurs both inside and out of Syria though. A recently obtained cache of documentary footage from inside Syria follows Iranian advisors around as they work with pro-government militias. Although the Wall Street Journal reported that the NDF has close to 100,000 members, it remains unclear how much or if the NDF and Jaysh al-Sha’bi have merged.

Toward the beginning of the conflict, the regime relied on the “Shabiha,” criminal gangs from Assad’s own sect and clan, to carry out bloodcurdling civilian and sectarian massacres. Unsparing of women and children, the Shabiha and now the NDF have enacted Assad’s strategy of goading jihadists into joining the opposition, thereby undermining the argument for Western involvement, and provoking sectarian retributions, which has bonded the Alawites to Assad. Iran would find eager recruits among the Shabiha and other aggressive outfits for the creation of terrorist and insurgent proxy groups should Assad fall.

Sectarian enmity in Syria will surely outlast the Assad regime. Minority-based militias will face greater needs of protecting their communities from reprisals and disrupting the formation of a hostile, Sunni-dominated government. Iran would have the opportunity to co-opt these groups for reasons of shaping Syria’s future and perhaps maintaining critical supply lines into the Levant. Like its influence over Shiite militias in Iraq during the US occupation, Iran would have a powerful negotiating chip in its ability to control the actions of violent Shiite and Alawite proxies. In this post-Assad scenario, the United States might accept an Iranian role in peace mediations in return for support from its proxies. Luckily, both countries share at least a few important goals for Syria’s future, such as routing Sunni extremists. A precedent for similar US-Iran cooperation occurred in Iraq in 2008 when bilateral talks produced a decline in intra-communal violence and advanced both countries’ mutually agreeable goals.

In a recent interview, President Obama suggested that Iran could play a stabilizing role in Syria. He hoped the diplomatic solution to removing Syria’s chemical weapons would pave the way for ending the crisis in concert with Russia and Iran. The real challenge will lay in convincing them to eventually jettison Assad. Tehran’s deepening commitment to these militias, as a reflection of its determination to hang on to influence in Syria, shows that it will prefer destabilizing the country to accepting an outcome that excludes its interests. President Obama has an opportunity to work with Iran, especially in light of the news that he and Iran’s new president Hassan Rouhani have been exchanging letters. Moreover, President Rouhani has aired the internal divisions at the elite level over what to do with Syria–making him a potentially genial interlocutor.

Henry Johnson is an intern at the Council on Foreign Relations and former intern at the Atlantic Council. He is a senior at Claremont McKenna College.