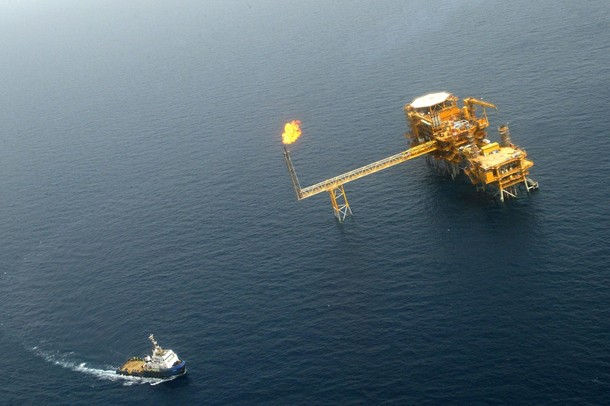 Next week the European Union will introduce new sanctions against Iran. These new measures, which expand UN sanctions and follow comparable measures in the United States, will target Iranian energy, air transport and shipping lines, and financial institutions in an effort to compel Tehran to abandon its unlawful nuclear activities.

In the past, the EU was loath to target energy because it felt it had little connection to proliferation and it could adversely affect ordinary Iranians. This is no longer the case, as the EU now recognizes that energy revenues directly or indirectly contribute to nuclear proliferation activities.

As the principal player in Iran’s energy industry, the EU could cost Iran billions of dollars in lost time and money if it prohibited European companies from doing business there. As Iranian officials have acknowledged, without considerable and continuous annual foreign investment, Iran could even become a net importer of oil within a few years.

Europe has also been Iran’s favored shopping mall for years. Its technology is by far preferred in Iran over non-Western alternatives. In the past, Iranian agents operating through front companies sought this technology, relying on Iran’s shipping lines (IRISL) and Iran’s Air Cargo to deliver the goods. Targeting these two transport interests would seriously hinder Iran’s nuclear program supply lines. Once EU sanctions come into force, it will be so much more difficult for Iran to procure technology for its nuclear program that it cannot indigenously produce.

If energy provides Iran’s revenues to pay for the nuclear program, and its ships and airplanes carry vital technology for its enrichment efforts, Iranian banks are the conduit for financing nuclear procurement and proliferation activities. UN Resolution 1929 calls for vigilance on Iranian banks and their transactions, and further restrictions on Iran’s banking system. Among other things, it designates Iran’s First East Export Bank PLC for its supporting role in the country’s nuclear and ballistic missile activities.

But the UN goes further, and so should the EU. 1929 prohibits the “opening of new branches, subsidiaries, or representative offices of Iranian banks, taking an ownership interest or establishing or maintaining correspondent relationships with banks in their jurisdiction to prevent the provision of financial services if member states have information “that provides reasonable grounds to believe that these activities could contribute to Iran’s proliferation-sensitive nuclear activities or the development of nuclear weapon delivery systems.”

The EU should broaden this measure by closing existing joint ventures between European and Iranian banks that operate inside Europe — such as the Europe-Iran Commercial Bank based in Hamburg — and by blacklisting their branches, subsidiaries and correspondents in Iran and overseas. This should be a blanket ban and not just a proliferation-related ban.

The EU should also add more Iranian banks to its list of sanctioned entities, especially banks flagged for vigilance by previous UN resolutions — banks already designated by the US Treasury and other friendly governments and banks newly established to circumvent present and future sanctions.

Given their connections to already sanctioned entities, these banks pose a serious risk to the international financial system. The EU should bar them from conducting any financial activities and from establishing new banks through joint ventures in Europe. It should deny them the ability to conduct transactions through correspondents. And it should freeze their assets.

More than three years after the UN enacted its first round of sanctions, Europe remains Iran’s most important banking and energy partner and the chief supplier of advanced machinery and equipment. Iran relies on European banks and prizes European investment and technology for developing its energy industry. By denying leaders in Tehran access to these vital resources, and by cutting Iran’s supply routes, Europe can use its extensive trading relations with Iran as leverage to force its regime to choose between compliance with its international obligations or bankruptcy and poverty.

Emanuele Ottolenghi is a senior fellow at the Foundation for Defense of Democracies and author of the forthcoming Iran: The Looming Threat (London, Profile Books, September 2010). Photo credit: Getty Images.