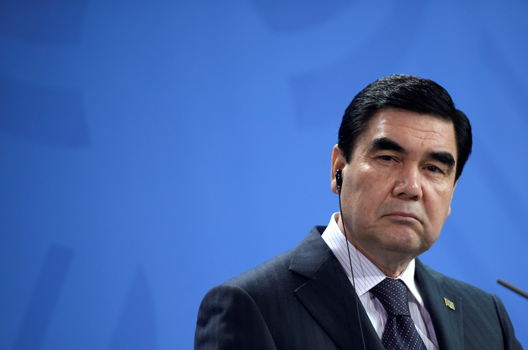 Turkmenistan must invest in new infrastructure to export its vast energy resources if it is to become a substantial player in the global energy market. Achieving this objective would reduce Turkey and the European Union (EU)’s dependence on Russian gas.

Turkmenistan boasts the sixth-largest natural gas reserves in the world, an estimated 617 trillion cubic feet (tcf), along with an estimated 600 million barrels of proven oil reserves. However, despite its vast energy resources, the Central Asian nation has thus far failed to become a major energy player. There are several potential pipeline interconnections that could help Turkmenistan achieve this status, yet none are without political complications.

Through the proposed Trans-Caspian gas pipeline, Turkmenistan and Kazakhstan could export gas across the Caspian Sea through Azerbaijan, Georgia, and Turkey to Europe, circumventing Russia and Iran. While this is considered a natural eastward extension of the existing Southern Gas Corridor, it is strongly opposed by Russia and Iran as it may threaten their energy dominance.

Russia believes that such a pipeline would limit the Kremlin’s ability to control Europe-bound energy exports, while Iran estimates it would hinder its call for a greater share of the Caspian seabed and its resources. More broadly, both Russia and Iran maintain that the Trans-Caspian pipeline cannot be considered until a resolution to the territorial division of national sectors in the southern Caspian is guaranteed.

While the Turkmenistan-Russia route was once a possibility, relations between the two nations have deteriorated over the past decade. Turkmen gas exports to Russia have declined from 40 bcm in 2008 to 4 bcm in 2015. The energy relationship reached a new low following Moscow’s early 2016 decision to halt bilateral gas trade. Later that year, Alexander Medvedev, deputy chairman of Russian energy giant Gazprom, announced plans to refrain from purchasing Turkmen natural gas until at least the end of 2018. With a plentiful supply of oil, and an agreement between Russia and other members of the Organization of the Petroleum Exporting Countries (OPEC), as well as a number of non-OPEC members to cut production, Moscow has little interest in re-exporting Central Asian resources.

With the Trans-Caspian Gas pipeline and the Turkmenistan-Russia routes effectively at dead ends, Turkmenistan is left looking toward Iran and Turkey for export potential.

Iran has shown an increased interest in Turkmen energy, which it sees as an integral part of its ability to meet northern industrial demand and peak demand, making Iran a natural trade and export partner for Turkmenistan. Iran has more than doubled its imports of Turkmen natural gas, from 4.4 to 9 bcm between 2014 and 2015. In 2016, it agreed to import over $30 billion worth of Turkmen gas over the next decade, while exporting an equivalent value in technical and engineering goods and services to Turkmenistan. The economic relationship between Iran and Turkmenistan was reinforced by the completion of the Dauletabad-Hasheminejad pipeline, boosting Iranian import capacity of Turkmen gas to more than 12 bcm per year.

Given its ambition and geostrategic location, Turkey is another potential export avenue for Turkmen gas. Iranian and Turkmen resources bound for Southern and Eastern Europe could transit through Turkey via the Trans-Anatolian Natural Gas Pipeline (TANAP), contributing to Ankara’s goal of becoming a natural export hub for the region. While work to identify and build an export route between the two countries is still underway, Turkey and Turkmenistan signed a memorandum of understanding in 2014, stipulating that Turkmenistan would export gas to Turkey to supply TANAP and reduce European dependence on Russian gas sources. In light of the agreement, Turkish President Recep Tayyip Erdoğan said he attached “great significance to deliveries of Turkmenistan’s natural gas to Europe via Turkey.”

Iran would serve as a key partner in such a scenario. Iran is Turkey’s second-largest supplier of natural gas after Russia, supplying upwards of 20 percent of Turkey’s demand, transited via pipeline. Connecting to TANAP, whose capacity is set to rise to 23 bcm by 2023 and to 31 bcm by 2026, is another possible option.

These relationships pave the way for two potential export options for Turkmenistan.

The first option would be building and/or enhancing the capacity of pipelines across northern Iran to transport Turkmen gas. These pipelines could establish a route to Tabriz, subsequently met by the Tabriz-Dogubayazit pipeline, or run straight to the Baku-Tbilisi-Ceyhan (BTC) pipeline, the starting point of the Southern Gas Corridor. However, additional capacity would be needed to increase flow through the currently 10 bcm-capacity Tabriz-Dogubayazit pipeline to include more Turkmen gas.

In the second option, all stakeholder countries could alternate between high imports of gas between Turkmenistan and Iran, and Iran and Turkey. This would supply northeastern Iran with Turkmen gas, while Iran would substitute and re-export its own gas from its southwestern fields to Turkey by linking TANAP to the Tabriz-Dogubayazit pipeline, pumping Iranian gas to Europe via existing infrastructure. This would allow for more immediate, cost-effective production and exports through Iran’s Gas Trunkline.

The Turkmenistan-Iran-Turkey route may be the most reliable transportation route for Turkmenistan.  Working through Turkey and Iran, Turkmenistan, with its large and easily tapped gas resources, could play an increasingly important role as a supplier to foreign markets. This would boost Turkmenistan’s economic growth and increase its energy role. Thus, extending and expanding Turkmenistan’s role and resource base, through a corridor running from its gas fields through Iran and Turkey and on to Europe, may be a beneficial undertaking for all involved.

Masoud Mostajabi is a project assistant with the Atlantic Council’s South Asia Center. You can follow him on Twitter @MMosta1206.