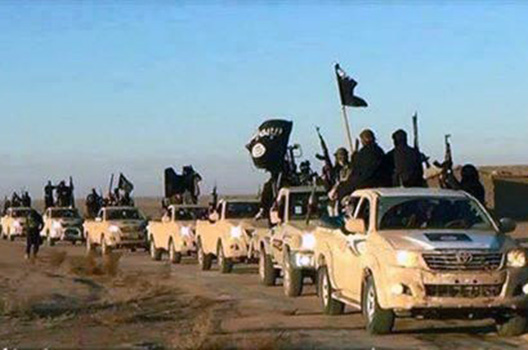 Bilal Y. Saab, senior fellow for Middle East Security with the Atlantic Council’s Brent Scowcroft Center on International Security, provides his perspective on the US role in the Iraq crisis, what’s at stake for US national security interests, and what it will really take to stabilize the situation.

Depends who you ask. But there is plenty of blame to go around for what is happening. President George W. Bush and his national security advisors shoulder most of the blame for breaking the Iraqi state following the US invasion of 2003 and failing to reconstruct it through a series of mistakes and missteps — the gravest of which was disbanding the Iraqi army when its policing role was needed most. President Barack Obama is faulted for ostensibly prioritizing partisan politics over strategic issues when he decided to withdraw US troops from Iraq in 2011, with little regard or preparation for the massive security void this would create. But given that the US’s options in Iraq are very limited now, I’d rather assign fault to two actors who actually can make a difference and save Iraq: Iran and Saudi Arabia.

2) Given their tremendous influence over most of the Iraqi antagonists, Iran and Saudi Arabia’s political intervention can improve security in Iraq. Why won’t these two regional heavyweights negotiate a path out of this catastrophic situation?

There is no easy answer. Part of the problem is that Saudi Arabia and Iran still do no trust each other, and fighting ISIL may not be enough of a cause to bring them together to negotiate on Iraq and other pressing regional security matters. The political leaderships in Tehran and Riyadh are not ready for high level talks, but it must be said that only a comprehensive strategic dialogue between these two countries can stop Iraq’s bleeding and extinguish many of the Sunni-Shi’ite fires throughout the region. What is fueling regional unrest is the rivalry and power struggle between Iran and Saudi Arabia. Of course, it doesn’t mean that there are no local dimensions to the Iraqi conflict, but it does suggest that the Iranians and the Saudis have a huge role to play in steering Iraq away from collapse and possibly partition.

3) You mention that the US’s leverage over Iraq is limited. But, is there a viable US military option and what would be its tactical and strategic objectives?

The United States has enough firepower in the Gulf (and can always call for reinforcements from other areas) to conduct any military mission it desires. From airstrikes and drone attacks to sea-launched cruise missiles and Special Forces on the ground, the United States does not lack tactical military power. Collateral damage, such as casualties, could be reduced if Washington receives good human intelligence from the Iraqi Army, in addition to what it can gather via satellite imagery. But you would need some manpower on the ground, hence the critical importance of Special Forces. But beyond tactics and operations, the question has always been what strategic purpose does the use of force serve and what exit strategy does the United States have? This is what the Pentagon is currently debating and discussing with the President.

4) If Iraq is now Iran’s problem, why should the United States care?

Containing the civil war in Syria has been an enormous challenge to neighboring countries and US partners. So, if Iraq descends into total chaos, containing two contiguous civil wars simultaneously would be nearly impossible. While the United States benefits from a weakened and overstretched Iran that is trying to save its Syrian and Iraqi allies in Damascus and Baghdad respectively, further instability in the region, characterized by security vacuums and greater expansion of groups like the Islamic State of Iraq and Greater Syria (ISIS) , threatens US interests, the security of US allies and partners, and possibly the US’s domestic security, should ISIL establish a solid presence throughout Iraq and Syria and start planning for global terrorist operations. Last but certainly not least, greater Middle East instability increases the price of oil, which will hurt a still fragile US and global economy.

5) What are the real costs of US-Iran talks on Iraq and how can Washington minimize them?

There is an inherent paradox in US-Iran talks on Iraq. For starters, Iraqi President Nouri Al-Maliki is a problem that both Tehran and Washington created. Yet while Washington has finally realized that Al-Maliki should go as part of the solution, Iran is still holding on to its man in Baghdad. But even if or when Al-Maliki leaves, Iran will not so easily give up its dominant position in Iraq, which is a huge problem. Iraq needs a new power-sharing arrangement that brings the Sunnis back to government and political life. Iran has a big say in this, given the influence it has over Iraq’s Shiite politicians. US-Iran talks could achieve tactical gains in Iraq and, in the process kill some terrorists as a result of security coordination, but Washington should know that any help Tehran offers will have a price tag, including greater Iranian leverage over the futures of Iraq and Syria. Meanwhile, it is doubtful that Iran’s cooperation in Iraq will strengthen its hand in the nuclear negotiations currently underway with the P5+1 in Vienna.

6) Is the Islamic State of Iraq and Greater Syria (ISIS) a long-term security threat to Iraq, Syria, and the region or is it a temporary problem that can be managed and contained?

It is hard to say, and a lot depends on evolving military dynamics on the ground. The United States, Iran, the Iraqi Army, and perhaps Turkey and Jordan will do whatever it takes to stop ISIL’s expansion, but it will take a long-term regional strategy to wipe out the group. ISIL has more than one billion dollars in funds, which means it can continue to recruit for at least the next few months. But with expansion comes responsibility, should ISIL succeed in building a semi-state over the territories it controls, then it will have to actually govern, and that’s not easy when you are on the run and under attack by a consortium of regional countries. ISIL has a strategic choice to make: either go underground and limit operations to catastrophic terrorism that could reach the United States or operate overtly and seek to build a temporary state. There are pros and cons to each path. For now, it seems that ISIL has decided to expand (probably because it sees a strategic opportunity and weakness among its enemies), which ultimately will make it more vulnerable. Let’s not forget that ISIL (and Al Qaeda) is essentially a failed project simply because it has a very small audience. Despite all the radicalization and bloodshed that is sweeping the Middle East, no one wants to voluntarily live under the rule of ISIL or Al Qaeda.

7) What are some of the conditions that Washington should impose on Iraq for potentially providing its government military assistance to combat ISIL?

In short, when the bullets stop flying and ISIL is contained and turned into a manageable problem, Iraq should build a new social contract. Al-Maliki was in many ways a Shiite Saddam Hussein and that is a recipe for perpetual violence and instability. The Sunnis must be re-integrated into Iraqi political life, or the Sunni insurgency will continue to produce groups like ISIL. But Washington’s conditions better be directly communicated to the Iranian leadership because Baghdad is simply not in a position to honor any bargain it might agree to with Washington given its weakness.