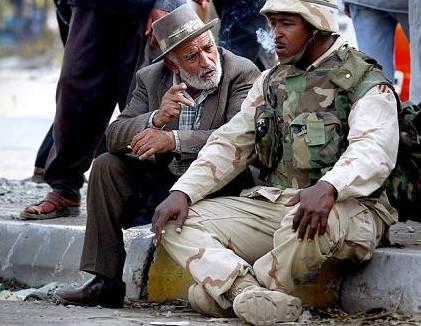 September offers a unique opportunity for a turning point on Iraq.

OK, before you roll your eyes and stop reading, we aren’t talking about a turning point IN Iraq — that will take more than President George W. Bush’s Labor Day outing in Anbar Province or the rat-a-tat of expert reports and congressional testimony over the next few days.

What the September calendar offers is the chance for a real debate about the historic consequences of failure and success in Iraq and developing a serious strategy ahead. That would require an end to the false debate we’ve had, driven more by resentment against the Bush administration and electoral ambitions than what’s needed on the ground.

The most important of several reports this week will be that of an independent commission established by Congress to look at the capability of Iraq’s security forces, headed by General James L. Jones, the former supreme allied commander in Europe. The climax will come next week with the report to Congress of General David Petraeus, the commander of U.S. forces in Iraq. Thrown into the mix will be a new national intelligence estimate and Government Accountability Office report on the general situation.

While most serious strategists were divided on whether the U.S. should invade Iraq back in 2003, they are together in agreeing that withdrawal can’t be the answer now. They say the issue isn’t the number of troops or the timing of a draw-down, both tactical issues, but rather how to get both sides of the aisle to agree to a strategic shift. And that would involve a repositioning of forces in smaller, mobile groups and monitoring missions based along the Syrian, Iranian and Turkish borders.

That would get U.S. soldiers outside a civil war’s firing line and in locations where they can make life easier for any Iraq government by impeding the flow of insurgents, finance and weaponry from outside the country. In the case of Turkey, they can do more to contain Kurdish terrorists operating from northern Iraq and thus dissuade the Turkish military from pursuing them across the border.

As Yugoslavia showed us after the 1980 death of Josip Tito, it’s easy for the passing of an autocrat who held together a patchwork of historically inimical ethnic groups to result in bloody conflict that outsiders can only end when the parties are ready.

The U.S. has greater responsibility in Iraq, where it brought down the dictator Saddam Hussein. But it doesn’t give us any more power to change the mindset of the long-oppressed Shiite majority that isn’t acting as the magnanimous victor or long-dominant Sunni minority that hasn’t come to terms with its reduced status.

The Balkans suggests Iraq’s surest route to peace and stability is likely to be a very loose central government and three distinct and relatively autonomous regions. It may also take the same cycle of hatred, killing and international intervention before the parties recognize the need for reconciliation.

We also need bipartisan support for a surge of diplomacy rather than military troops. It would be aimed at gaining greater NATO alliance and perhaps even United Nations involvement. It would also engage our allies in diplomatic efforts across the Islamic world that would range from Israel and the Palestinians to ensuring we don’t lose Afghanistan.

Before Washington can settle on the right strategy, however, the feuding parties would do well to agree on the consequences of failure. It should be frightening enough to sober up Washington’s most drunken partisan brawlers.

The first would be a long-lasting stain on U.S. esteem and credibility in the world, impeding it on issues ranging from Iran’s nuclear weapons’ ambitions to Russia’s use of energy supplies to bully its neighbors and Western Europe.

Then there’s the chance of a massive Iraqi civil war in which tens of thousands are killed, followed by another debate in Washington about whether to intervene to stop genocide.

Failure can also only magnify our problems with Iran, perhaps creating an Iranian-supported Iraqi theocracy. Such upheavals would ripple across the Gulf, driving up energy costs and slowing global economic growth.

A debacle of this scope would free up the jihadists, who would celebrate their victory over the Great Satan and turn to other targets: Afghanistan, Pakistan, Saudi Arabia, and Egypt. Radicalism could flow like water to the lowest levels, from Nigeria to the alienated Muslim minorities of Europe.

Aside from averting the horrors cited above, Iraq could be an intact, secular, multiethnic state at the heart of the Mideast. It would resume its role as the historic buffer to Iran and help the region avoid Sunni-Shiite struggle. It could produce energy both for the world and for its own economic development. It would defend itself, protect its interests, befriend the West and not threaten its neighbors. It wouldn’t host terrorists who endanger other parts of the world.

What has set apart the U.S. from many of the world’s great historical powers has been its ability to correct course through democratic self-examination. But we won’t get the strategy right if we continue to argue about the wrong things driven by the wrong motivations.

Frederick Kempe is president and CEO of the Atlantic Council.  Originally published 5 Septmber 2007 by  Bloomberg News. Reprinted with permission.