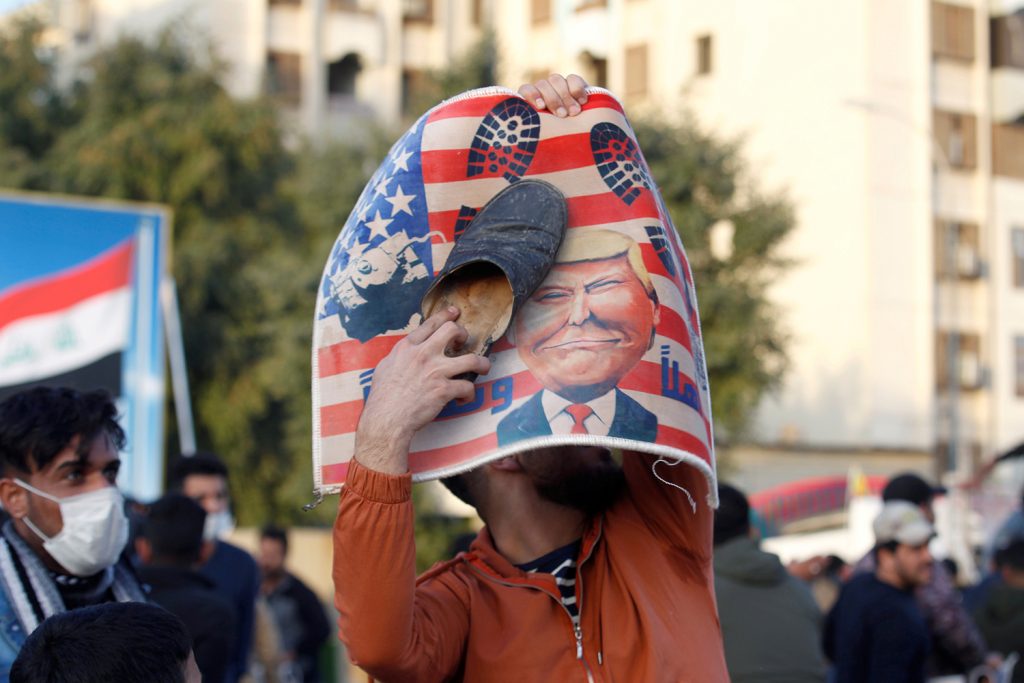 Probably due to a lack of ongoing back channels, Iran and the United States continue to misread each other.

Iran believed that accelerating their disengagement from the Joint Comprehensive Plan of Action (JCPOA) and gradually escalating attacks on US allies, interests, and forces would force the US president to roll back some degree of sanctions. Grave misinterpretation. These actions instead reinforced the argument from US hardliners that Iran never intended to comply with the nuclear agreement and the United States should in fact be tougher on them.

Similarly, Washington misread Iran and believed that tougher rhetoric would cow the regime into negotiating. Also a misinterpretation. Rather it fed the regime hardliners’ narrative that the United States is a threat looming enough to justify offensive action.

On one level or another both countries’ strategies backfired. US maximum pressure intending to cripple Iran into a deal and reduce proxy activity instead resulted in more proxy attacks. Iran’s strategy to increase attacks on US interests in order to push the United States out of the region resulted in more US troops in the Gulf and Iraq.

Anyone who clings to the conventional wisdom that once you bloody Iran’s nose, they step back, will be guilty of misinterpreting the drone strike that removed General Qasem Soleimani from the battlefield the Hashd forces made of Iraq beginning Dec 29.

This strike was not a proportional response to the rockets fired on Kirkuk that killed an American citizen, though those rockets and further imminent militia attack plans unwittingly provided the legal justification for targeting him. This strike was a strategic action to prevent further American and Iraqi deaths in the near term and cripple the capability of the Quds Force and the Islamic Revolutionary Guard Corps (IRGC) in the long term.

The IRGC have replaced Qasem Soleimani with one of his deputies and will profess that business continues as usual. But Soleimani cultivated a cult of personality and much of the power vested in the Quds Force was due to his place at its helm. Soleimani regularly exaggerated the success of his operations to the Supreme National Security Council in order to defend his spending, though some were not convinced. His successor will at first enjoy a generous budget as the regime ramps up plans for retaliation against the United States. But in an era of scarcity, he will soon be asked to account for every rial.

Kataeb Hezbollah may respond violently and locally to the strike on Soleimani. This may happen even without direction from Tehran or senior commanders. The Iranian regime and the IRGC will draft a slate of responses. These responses will vary in terms of time and geography. They will likely strike the United States in West Africa or the tri-border area of Latin America (Brazil, Paraguay, Argentina) where they have operatives. They will vary their targets with the goal of frightening the US population into thinking nowhere is safe. If they are smart, they will avoid striking in Europe and angering governments whose empathy they need.

His questions will go something like this: We are training a security force that is overseen by pro-Iranian leaders and includes Iran-backed militias. Why should we expend US dollars to train soldiers who will be directed to serve Iran’s interests? We have almost defeated IS in Iraq, which benefits Iran as much as anyone. Why should we stay and fight them instead of leaving and letting the Iran-backed militias fight them?

In its answer to these questions the Department of Defense will supply the nuance about the factions of the Iraqi Security Forces that have been excellent partners, about the relationship with Kurdish forces there, about the intelligence value of being on the ground, and the leverage value of staying engaged.

But at the least, one outcome of these questions will be a review of our foreign military funding (FMF) to Iraq. The Department of State maintained blocks on foreign military sales to Bahrain until 2018 based on assessments of human rights violations that occurred in 2012. The Iraqi security forces’ violent oppression of political protests in the past month and documented (photographed) participation in the overrunning of the US embassy on New Year’s Eve unquestionably merit a review of that assistance.

If the Iraqi Parliament votes to send the United States packing, President Trump will announce that he is bringing America’s sons and daughters home. His popularity among American voters will rise. The US administration will message that the blame for any chaos that results in Iraq should be placed on the shoulders of Iraq’s parliamentarians and not on the United States, who only obeyed the legislature of a sovereign nation. Trump will wash his hands of Iraq and feel absolved of any catastrophic aftermath.

The lark is that the Iranian regime could get exactly what it wanted from President Trump. It could catalyze a US drawdown of troop presence in the region. Not by increasing attacks on US interests, but by decreasing them.

If attacks by Iranian proxies stop, and the flow of Iranian funding to proxies is cut off, the US president will not see the need to maintain a significant footprint. As assessment of the strength of Islamic State fighters and affiliates would dictate the US presence at that point, and that strength is notably deteriorated. In other words, Quds Force activity and IRGC mobilization of local militias directly contradicts Iran’s stated objective of ending the US presence in the region.

Halting attacks and proxy funding would further free up resources to be spent on domestic needs, addressing unrest at home, and would garner international goodwill and likely result in sanctions relief.

But that option won’t have been on the table at the emergency meeting of the Supreme National Security Council this morning in Tehran. For now, the forecast is a series of asymmetric strikes by Iran. While the United States has taken care to target only military infrastructure and operatives, we should not expect the same from Iran. The United States has not exhausted their target list nor their authorities so we will see a tit-for-tat exchange of kinetic activities to accompany a further acceleration of cyber and influence operations. It will be short of all-out war, and it will likely spare the US and Iranian homelands. The goal of US operations will be to reduce the threat to its citizens and interests abroad. The goal of Iranian operations will be to secure regime survival. De-escalation measures are not unthinkable, but they are a ways off.

US strikes in Iraq and Syria: Managing the escalation

It is a very bad idea to turn Iraq into a battlefield (again). However, it is a worse idea to let Tehran use certain militias to continue to derail Iraq’s recovery, reconciliation, and reconstruction. It is certainly the case that the United States will have to accept a role for Iran in Iraq; however, the Iranians will likewise have to accept a role for the United States. If they do not, then the fault for turning Iraq into a battlefield lies with them.

Image: A protester places a shoe at a placard with U.S. President Donald Trump illustration outside the U.S. Embassy during a protest to condemn air strikes on bases belonging to Hashd al-Shaabi (paramilitary forces), in Baghdad, Iraq January 1, 2020. REUTERS/Khalid al-Mousily/File Photo