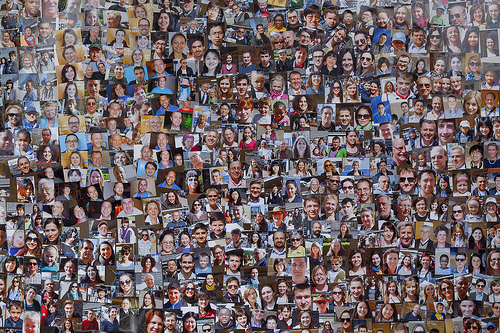 If you don’t know May 9 is Europe Day, then you find yourself in good company with a majority of Europeans. Even in the most buoyant time, this holiday – marking the Schuman Declaration, presented by French Foreign Minister Robert Schuman in 1950, that launched the European Coal and Steel Community – doesn’t come with the transcontinental fireworks of America’s July 4.

It does, however, provide occasion to reflect on the growing perils to Europe, and the enormous risks they pose to both the United States and the global future. For all the talk of Europe’s fiscal deficits, or the “democracy deficit” that leaves European Union institutions lacking accountability and legitimacy, the most dangerous deficit is one of Europeans.

Last week, no less an authority than Jose Manuel Barroso, the European Commission president, lamented in a speech that the European dream was under threat from a “resurgence of populism and nationalism” across the 27 countries and 500 million people of the European Union. Barroso said:

“At a time when so many Europeans are faced with unemployment, uncertainty and growing inequality, a sort of ‘European fatigue’ has set in, coupled with a lack of understanding. Who does what? Who decides what? Who controls whom and what? And where are we heading? … And, let us be clear, the indifference of many pro-Europeans is also a risk.”

The percentage of European nationals who distrust the European Union is growing with alarming speed, according to the Eurobarometer, a public opinion service of the European Commission.  In November 2012, some 72 percent of Spaniards said they “tended not to trust the EU,” compared to just 23 percent five years earlier. In Italy, the figure has spiked to 56 percent from 41 percent.

Concern should be greatest in Germany, where public opinion toward Europe could be most decisive to the continent’s future. Europeanism was long a welcome identity for a country that after World War II was more than happy to embrace an alternative.

That attitude has eroded with increased distance from the country’s Nazi past and growing doubts about Europe’s future – as well as  the economic cost to Germans of the euro zone crisis.

Though Germans by a 75 percent majority still prefer remaining in the euro, some 56 percent have no trust in the EU, and fewer than a third have a positive image of the EU. German Chancellor Angela Merkel dare not ignore the emotion behind the emergence of Germany’s first anti-euro party, the Alternative for Germany. Though its support in September elections is likely to be small, its ideas are influencing the public debate.

A senior German policymaker told me recently that Merkel is an even more passionate European than is commonly understood, and that she would never abandon the euro. “But it is increasingly difficult,” this official said, “to keep the German electorate with her.”

What is striking is that everyone in the EU has lost faith in the project, both creditors and debtors … In southern European countries, the EU looks like the IMF [International Monetary Fund] did in Latin America: a golden straitjacket that is strangling the space for national politics and emptying their national democracies of content … In northern European countries, the EU is increasingly seen to have failed as a controller for the policies of the southern rim. The creditors have a sense of victimhood that mirrors that of the debtors.

Key Obama administration officials have come to recognize the enormous stakes for the United States and the world of European unity and effectiveness. The United States, with just 19 percent of global gross domestic product, can only shape the future global system through closer collaboration with its most important European allies.

It isn’t just that the European Union is the world’s largest economy, it has also been the world’s most effective force in extending democracy and free markets over the past 20 years – embracing 15 new member states in a manner that has expanded rule of law and reduced ethnic conflict.

Geostrategic purpose is perhaps the most important motivator behind President Barack Obama’s decision to highlight the Transatlantic Trade and Investment Partnership negotiations in his State of the Union message.

Former National Security Adviser Zbigniew Brzezinski told Globsec, an annual security conference in Bratislava,  that, though the agreement will be hard to negotiate and implement:

Eventually, it can create additional transatlantic bonds that will dramatically alter the geopolitical realities of the world as a whole. It can shape a new balance between the Atlantic and the Pacific Oceanic regions, while at the same time generating in the West new vitality, more security and greater cohesion.

The larger problem, Brzezinski said, had to do with the nature of today’s Europe.

Europe needs leaders who can personalize and dramatize the historic mission of a more united Europe in closer intimacy with America. In Western Europe today there is a dearth of historical imagination and of global ambition. There is no Churchill, nor De Gaulle, nor Adenauer. Current political discourse is dominated by narrower perspectives and by the more immediate preoccupations of their constituents. But in the process the inspirational vision that is expected of democratic leaders is absent.

European leaders are aware enough of their problem that they dubbed 2013 as “The European Year of Citizens.” For its part, the European Commission has released this Europe Day video.  But PR won’t solve the problem, any more than a banking union could.

Without a rediscovery of moral, historical and global purpose, the deficit of Europeans will grow. We will all suffer the consequences.